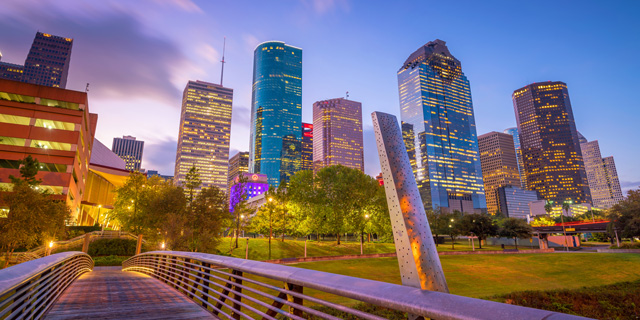 “Everything is bigger in Texas”: Why Israeli startups should consider Houston as their gateway to the U.S.

The cost of doing business is significantly lower than in other major metropolitan areas, as the State of Texas has one of the lowest tax burdens in the nation

When most Israeli tech companies target the U.S. market, their focus tends to be on the East and West Coasts, particularly New York, Boston and California. Texas, as well as the Midwest and Southwest, often fall by the wayside. Naturally, Israeli entrepreneurs are following their existing networks to the coasts, yet a deeper look at Houston and the opportunities it presents would surprise many.

The saying “everything is bigger in Texas” can certainly describe Houston’s large industry clusters: it is known as the oil and gas capital of the world, home to one of the largest ports in the U.S., to NASA, and to the largest medical center in the world, the Texas Medical Center. Houston Metro Area: the world’s 26th largest economy Over the past two decades, there has been a remarkable transformation in Houston. Today, it is America’s fourth-largest city, with 7 million residents in the metro area, and the fastest rate of population growth among the 10 most populous U.S. metro areas. With a regional gross domestic product (GDP) of $490.1 billion, Houston is the nation’s seventh-largest metro economy and has grown by $100 billion (inflation-adjusted) over the past decade. If the Houston Metropolitan Area were an independent nation, it would rank as the world’s 26th largest economy. The Houston region is home to 22 Fortune 500 companies, placing it fourth in the U.S. These corporations are mostly in the oil and gas sector, but Houston is also home to multinational companies in the fields of life sciences, manufacturing, logistics, maritime and aerospace. As these industries increasingly digitize, Houston offers many opportunities for Israeli technological developments. Moreover, the cost of doing business is significantly lower than in other major metropolitan areas, as the State of Texas has one of the lowest tax burdens in the nation. From energy to COVID-related MedTech innovation, opportunities abound Despite its vibrant innovation scene, Houston still has much room for out-of-the-box Israeli startups, especially those that can address its challenges. Houston’s energy sector is going through challenging times. The COVID-19 crisis has crushed the price of U.S. crude oil; combined with the growing need for clean/renewable energy, Houston is now forced to look for new, innovative energy technologies. The vision of attracting ‘Energy 2.0’ (clean, efficient, or renewable energy) innovation to Houston presents one of the greatest opportunities for Israeli startups. In addition to overcoming energy challenges, Houston is scouting for tech solutions tackling coronavirus. Since the COVID-19 outbreak, Texas Medical Center (TMC) hospitals have been looking for telemedicine and remote monitoring solutions, as well as innovative treatments, to serve more than 20,500 COVID-positive patients they have treated to date. For example, Israeli startup Tyto Care has gained interest among TMC hospitals; the Houston Methodist Hospital is one of the selected American hospitals currently testing an innovative Israeli-American treatment for critically ill COVID patients, developed by NeuroRx Inc.