Teva neck-deep in legal trouble with no end in sight

If the office of Teva Pharmaceutical Industries Ltd. CEO Kåre Schultz doesn't have a dartboard with photos of his predecessors pinned to it, he should acquire one urgently. Every time that it seems like Teva under his management succeeds in displaying even a sign of stabilizing, not to mention improvement on the business front, another new legal episode from the past pops up which overshadows the company's performance and presents new risks for the pharma giant.

It seems that Teva lost its direction since Israel Makov vacated the CEO position in 2007, with legendary CEO and chairman Eli Hurvitz also already in his mid-70s. Not just when it comes to its business vision, but also regarding following basic rules. Legal episodes seem to be springing up one after another almost endlessly over recent years. Teva's legal department used to mainly be occupied by appealing against patents filed by its competition, but in recent years it is spending more and more time working opposite law enforcement agencies. What all these cases have in common is inappropriate conduct that began in 2007 and lasted for most of the following decade. That was the heyday of its multiple sclerosis drug Copaxone, but each new court case is revealing that the company walked the grey line on its path to that remarkable success. 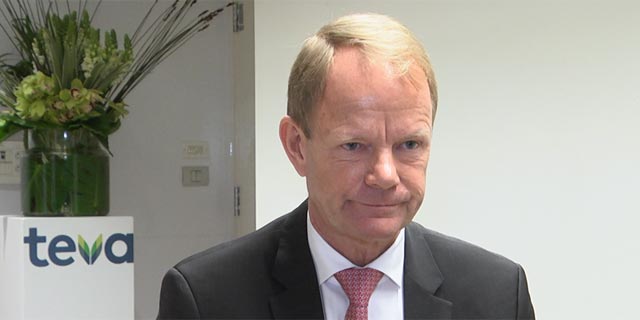 In 2016, Teva paid a $500 million fine in order not to stand trial on allegations of bribing officials in Russia, Ukraine, and Mexico. Earlier this week, the U.S. Department of Justice accused Teva in a federal court of using kickbacks to boost sales of Copaxone. Later that day, Governor Andrew M. Cuomo announced that the New York State Department of Financial Services (DFS) has filed charges and initiated administrative proceedings against Teva and its subsidiaries in connection with the Opioid Crisis. According to some estimates, these cases could result in fines reaching billions of dollars. The U.S. authorities are seeking high fines in order to deter drugmakers, with Johnson & Johnson paying a $5 billion fine due to its involvement in the Opioid Crisis. The problem for Schultz isn't just that his predecessors had acquired some of the companies that are embroiled in this scandal, but that these and other failed purchases have left the company with little spare cash. Not only is Teva's legal department no longer busy promoting the company's business interests, but the Teva management is now also neck-deep in legal trouble instead of focusing on business.