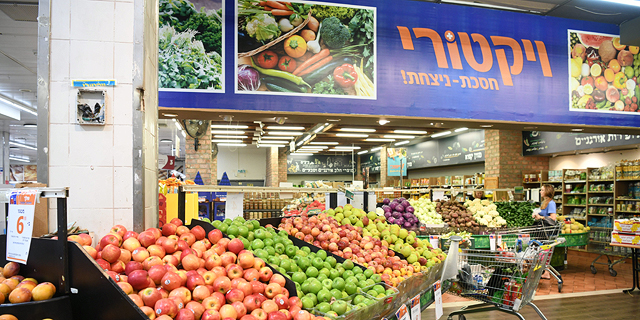 Neuromarketing company Drill has provided supermarket chain Victory with cameras that allow it to identify and analyze emotional reactions to products, prices, and aisle location

Supermarket chain Victory has launched a pilot in which it uses cameras to track the behavior of clients and their emotional reactions to things they encounter while shopping. The information, which is sold on to suppliers, allows the chain to understand what products clients are selecting and which aisle locations are preferable.

Victory’s report for the second quarter of the year showed a dramatic increase of 51.5% in profit to NIS 12.7 million (approximately $3.7 million). According to CEO and co-owner Eyal Ravid, the improved sales weren't just because Israelis are spending more time at home due to the Covid-19 pandemic, but were also the result of Victory's proactive actions.

"In January of this year, we began a pilot with neuromarketing company Drill. This is a marketing tool that analyzes the reaction of clients and allows us to identify emotional reactions to products, prices and aisle location," said Ravid.

A branch of the Victory Supermarket chain. Photo: Yair Sagi

The pilot has been running in 10 stores since January at an investment of NIS 1 million, with Victory planning to expand it to 30 stores by the end of the year.

"We started the pilot with an offer to clients to come to the store to take part in a survey. We tracked their emotional reactions while showing them different photos and later on we attached them with electrodes and special glasses to collect information on what they are looking at and what they are feeling while shopping in the store. These days the information is collected without the customer having to take any additional action as all the info is received from the cameras,” explained Ravid.

Ravid said that this is a first step on the road to a checkout-free store similar to Amazon Go. "During the pilot, we saw an increase of 20% in sales in the stores with cameras compared to just 10% at similar stores without cameras. This is a tool that allowed us to reach a sharp increase in sales," said Ravid.

The cost of deploying the cameras is being covered by Drill, who according to Ravid has already begun selling some of the information to suppliers. Ravid sees no ethical problem in the program. "Customers were happy to take part in the tests and pilot and actually viewed it as a big advantage," noted Ravid.

Sales from Victory's online service also grew in the second quarter of the year, reaching 5% of the chain's total income. Victory plans to convert some of its less profitable stores into online stores after doing so with one of its branches in Tel Aviv during the second quarter and seeing its profitability increase.