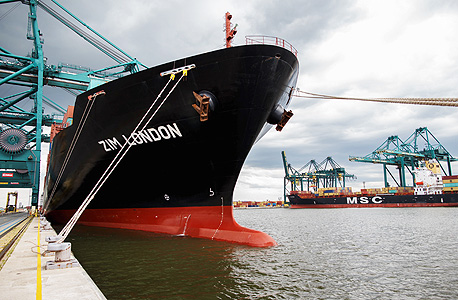 With its profitability on the rise, ZIM aims to go public at the beginning of 2021

For the third time in 12 years, the company’s board is pushing for a London or New York IPO and aiming for a $500 million valuation

While Israel’s national airline El Al is in a state of insolvency, ZIM, its national shipping company, is sailing to one of the best periods in its history. People familiar with the inner workings at the company told Calcalist under condition of anonymity that the company’s board of directors is pushing for its public issuance in New York or London as soon as the first quarter of 2021 and perhaps even sooner. Calcalist has also learned that the board and management have selected Investment banks Goldman Sachs and Barclays to lead the IPO and have appointed Samuel Gortler as its advisor. The company’s issuance value has not been determined, but ZIM's management aims for it to be at least half a billion dollars, with the final value determined closer to the final issuance. ZIM, which is controlled by Idan Offer’s Kenon Holdings (32%) and by Institutional investors and ship-owners (68%), completed the second quarter of 2020 with its best quarterly results since 2010, with a $25.3 million profit and $145 EBTIDA, compared to $5.1 million in profits in Q2 2019. The sharp jump in profit was recorded, despite a decrease of 4.7% in revenue compared to the corresponding quarter last year, to $795 million. The profit in the first half of this year was $13.4 million after the company recorded a loss in the first quarter.

How was ZIM able to boost its quarterly numbers at a time when the whole world was fighting a severe crisis? According to its CEO Eli Glickman, ZiIM responded quickly to the coronavirus crisis and the 15-fold rise in air freight prices, by opening new lines, particularly one going from Shenzhen, China to Los Angeles. The new route reduced the cost of transport for customers compared to air transportation. The company also signed an exclusive one-year agreement with Chinese e-commerce company Alibaba that includes online ordering of cargo. These activities enabled ZIM not to lay off workers or send employees on unpaid leaves following the Covid-19 outbreak without receiving government assistance as most other international companies in the maritime transport industry did. The improvement in ZIM's results was recorded despite a 12% decrease in the number of containers the company shipped in the second quarter. An 8% average increase in the price of transportation per container and a 31% drop in fuel prices, led to a $30 million decrease in expenses. This is not the first time that Zim has begun preparing for an IPO. As early as 2008, Idan Ofer, who was then the controlling shareholder (98.4%), led the move to issue the company on the New York Stock Exchange, a move that was later shifted to the Hong Kong Stock Exchange, with the goal of raising half a billion dollars. The financial crisis halted the move, however. ZIM was valued at $1.2 billion at the time. The next time Zim's name came up in the context of an IPO was towards the end of 2015. Bloomberg then reported that ZIM would try to issue its shares on one of the New York Stock Exchanges as early as the first half of 2016. A year earlier, in 2014, ZIM had completed a huge debt settlement in which its creditors received a 50% haircut on a $3.4 billion debt. As part of the arrangement, the banks, bondholders, and owners of ships leased by the company agreed to waive $1.7 billion of the debt in exchange for an allotment of 68% of ZIM shares. 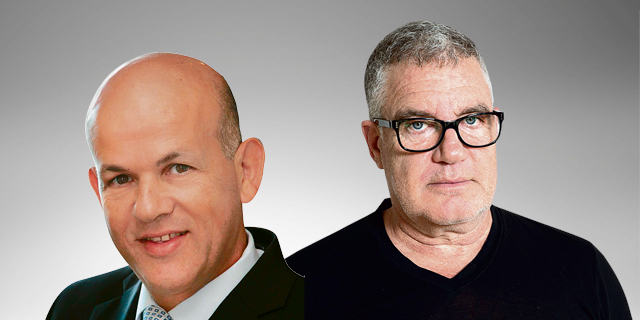 Zim’s IPO may be conducted as an ordinary capital raise against the issuance of shares or, alternatively, by listing the existing shares for trading, alongside the distribution of Zim shares held by Kenon to its shareholders, including Ofer, by way of a "dividend in kind." Kenon made a similar move in 2015 when it distributed to its shareholders 30% of the shares of Tower Semiconductor. While the IPO seems challenging, Glickman is determined to execute it, although officially the move is still under review. Those who are expected to benefit from such a move if implemented are Kenon, the institutional investors, and shipowners who own the fleet. In early June, Zim reported that chairman Aharon Fogel, who was appointed to the position in 2014 by the institutions, will end his term in October.