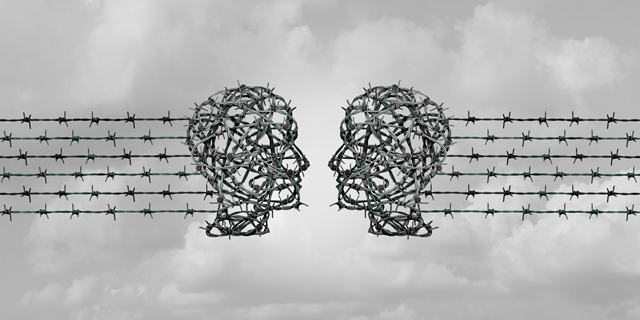 While anti-Semitism has been prevalent on social media for many years, a new study by the Institute of Strategic Dialogue (ISD) has found cases where platforms like Facebook are ‘actively promoting’ Holocaust denial in their recommendation algorithms. 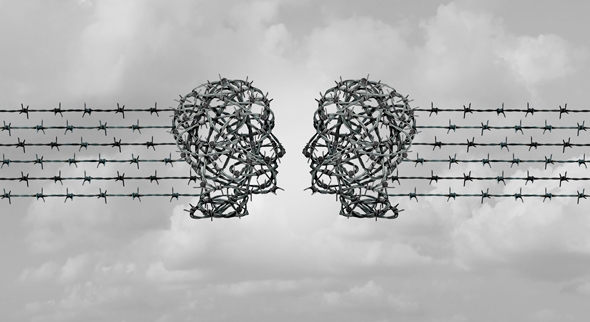 “We’re probably only seeing the tip of the iceberg here,” says the study’s co-author, Jakob Guhl. “It’s one form of anti-Semitism, obviously, but it’s possibly not even the most common one.” The ISD is an independent non-profit that aims to safeguard human rights and reverse the trend of hate, polarization, and extremism online though its team of researchers and analysts. Researchers Jakob Guhl and Jacob Davey found at least 36 Facebook groups that actively promote Holocaust denial, often referred to as a ‘Holohoax,’ with audiences totaling more than 366,000 followers and engagers. The most prevalent ideologies are those that support conspiracy theorists, followed by far-right, far-left, and anti-Zionist beliefs. According to Guhl, 65% of people who join extremist groups on Facebook have done so through its recommendations algorithm. Guhl and Davey examined two years of history and found 2,300 instances of the use of the term ‘Holohoax’ on Reddit, 9,500 instances on YouTube, and a shocking 19,000 instances of the term on Twitter. Holocaust denial is illegal in 16 European countries, as well as Israel, yet social media platforms have yet to seriously address it in any of its explicit policymaking. In Spring 2019, Youtube became the first platform to ban the term ‘Holohoax’, resulting in a significant drop on users spreading misinformation and conspiracy theories about the Jewish people. “Platforms have the power to restrict content they don’t like in ways that are stricter than the laws they need to abide by,” explained Guhl. “So they have the choice to do something about it, and it could quite easily work, but they’re choosing not to.” This isn’t to say that platforms aren’t addressing anti-Semitic posts, albeit implicitly, by targeting far-right groups dedicated to a variety of different prejudices. For example, Reddit hides subreddits, in a process known as ‘quarantining’, if they “spread misinformation around well-established historical events”. The fact that social media platforms are viewing it as misinformation and not anti-Semitism raises questions on how subject matter like this should be addressed. “Since 2017, we have removed anti-semitic and Holocaust denial content in accordance with our site-wide policies prohibiting content that harasses, incites or glorifies violence against groups of people or individuals,” said a Reddit Spokesperson in a written statement to CTech. “In addition, on June 29th, we updated Reddit's Content Policy to explicitly prohibit any content that incites violence or promotes hate based on identity or vulnerability. In accordance with this policy, we have banned thousands of subreddits including those that are anti-semitic.”

Facebook responded to the findings saying it does remove posts that violate its policies on hate speech, though Holocaust denial does not always meet the threshold.

“While we do not take down content simply for being untruthful, many posts that deny the Holocaust often violate our policies against hate speech and are removed,” said a Facebook company spokesperson in a statement to CTech. “Striking the right balance between keeping people safe and allowing free speech is difficult and we know many people strongly disagree with our position.”

The publication of the ISD study comes after increasing pressure has been put on social media companies to curb the anti-Semitism and other prejudices found on their platforms. The online campaign, Stop Hate For Profit, was a July 2020 event that set to boycott advertising on Facebook’s platform in an attempt to pressure them to change some of their policies surrounding hate speech.

“It was known to us that Facebook and Twitter have somewhat of a conceptual blindspot around holocaust denial,” concludes Guhl. “They treat it almost more like a form of disinformation and something they don’t want to be the arbiter of truth about, rather than a contemporary expression of anti-Semitism.” Earlier this year, CTech examined a report  highlighting the rise of anti-Semitism on the latest platform, TikTok. Its author, Professor Gabriel Weimann from the Institute for Counter-Terrorism (ICT), described the prevalence of anti-Semitism as an “alarming growth of evil forces”.

EDITOR'S NOTE: Following the publication of the story, Twitter responded the following:

"As outlined in the Twitter Rules, we do not tolerate targeted instances of hateful conduct, including making references to violent events or types of violence where protected categories were the primary victims, or attempts to deny or diminish such events. We also have a robust glorification of violence policy in place and take action against content that glorifies or praises the Holocaust. These policies also apply to content included in profile elements including banners, avatars and bios."