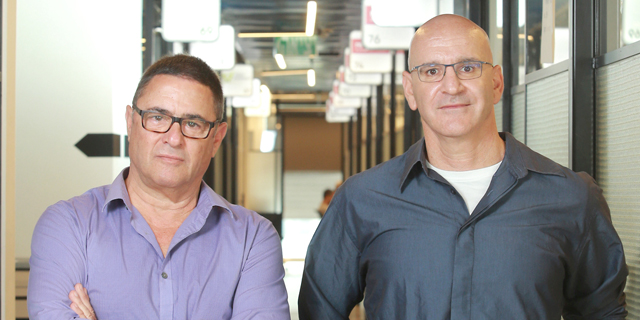 “Companies such as ours need to grow very aggressively in order to succeed,” said CEO Ofer Bengal

Database software developer Redis Labs Inc. announced on Tuesday it had completed a $100 million series F financing round co-led by new investors TCV and previous backers Bain Capital Ventures with participation by the company’s existing investors Francisco Partners, Goldman Sachs Growth, Viola Ventures, and Dell Technologies Capital. The new funding brings Redis Labs’s total funding to $246 million. “The latest round reflects a valuation of more $1 billion,” Ofer Bengal, Redis Labs’ co-founder, and CEO told Calcalist. He added that the company had almost decided to forego the round due to the Covid-19 crisis, but changed its mind after being approached by several funds. “Prior to the outbreak, we had decided to raise capital, but we abandoned the idea when it occurred since we felt that investors had lost their enthusiasm and since we have sufficient funds. In the end, though, it came together very quickly, almost of itself. Two months ago we were approached by three VC funds and we chose one of them, TVC, which invests in companies before and after going public. One of our previous backers decided to co-lead the round and the rest joined. Our existing backers have deep pockets and have always resisted bringing in new investors, preferring to take additional rounds upon themselves, but we have always wanted a new investor so we could get an updated valuation.”

You said that you didn’t need the money and almost gave up on the round. Why did you go ahead with it after all? “Companies such as ours need to grow very aggressively in order to succeed. It’s like that with all of our competitors. The name of the game in our business is rapid growth and if you’re not growing, someone else is, at your expense. We operate in an extremely competitive market, with both tech giants and startups in the mix." Redis Labs was founded in 2011 by CEO Ofer Bengal and CTO Yiftach Shoolman, based on Redis’s open-source code, in order to enable advanced apps to react to developments in real time and regardless of the transaction load. The company said it currently has more than 7,500 customers, including MasterCard, Dell, Fiserv, Home Depot, Microsoft, Costco, Gap, and Groupon. “The database industry underwent a revolution a decade ago,” Bengal explained. “Ten years ago a company would decide on a single solution, like Oracle, for example, for all of its development projects. Everything they did at the company was with Oracle because that was the company policy. In the last decade, not only have companies diversified their use of databases, a single app may use multiple databases due to their various advantages. These days developers want to optimize everything in a dedicated database suitable to their purpose. Our goal as a company is to increase as much as we can the number of use-cases in which they choose to use our service.”

How did Covid-19 impact the sector?

“We have witnessed two trends. The first is that some smaller, mid-market companies encountered difficulties and reduced, or in some cases completely ceased, using our product. The second, meanwhile, is a wave of new clients and expanded use by our large clients, who realize the future is online.” With all the competition in the field, what makes Redis Labs stand out? “It has always been about performance, meaning our ability to handle hundreds of millions of transactions in less than a second. We have apps with millions of users. We work with organizations like credit card companies that use our software to validate every transaction around the globe. It used to take 2-3 seconds to validate and the companies decided they wanted to reduce that time and after investigating, chose to shift their business to us. Nowadays every time you swipe your credit card, it goes through our system.”