“We, at Leumi, believe there is a golden opportunity for collaborations here and we intend to be an active party,” said Shmulik Arbel

Shmulik Arbel, head of the corporate and commercial division at Israel's Bank Leumi, dropped a bombshell Wednesday during Calcalist’s online conference on the business potential the United Arab Emirates (UAE) presents for Israel. According to Arbel, Leumi, one of Israel’s two largest banks, is already negotiating a collaboration agreement with an Emirati bank. “We, at Leumi, believe there is a golden opportunity for collaborations here and we intend to be an active party,” Arbel said. Leumi believes it can help Israeli business clients set up activity in the UAE and Emirati entities launch operations in Israel, he said. 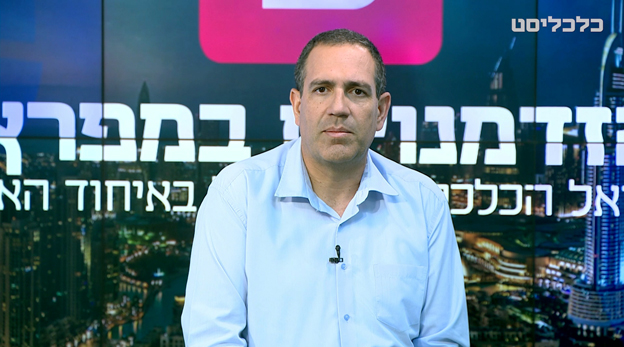 Calcalist's online conference on new opportunities following normalization of ties with the UAE
“To this end,” he added, “we started negotiations over the past few days with one of the leading banks in Dubai, to form a partnership that would assist the clients of each of the banks.” "There is no doubt,” Arbel said, “that in light of the current crisis, the importance of normalizing the relationship between Israel and the UAE becomes even greater. Arbel views the agreement, announced earlier this month by U.S. President Donald Trump, as a breakthrough in Israel’s business status in the region and believes it will inspire other countries in the area to embrace diplomatic ties with Israel. “This agreement opens up new doors not only to the business sector but to the general public as well,” he said.

"It is easy to fantasize about vacationing in Dubai,” Arbel said, “but the collaboration with the UAE needs to be wider and deeper and include a partnership between business entities from Israel and the UAE.” Among the prominent sectors that can benefit from such a collaboration Arbel named tech, agriculture, healthcare, and desalination. Arbel also stated investments by companies from the UAE in Israeli tech and real-estate can prove to be a game-changer.