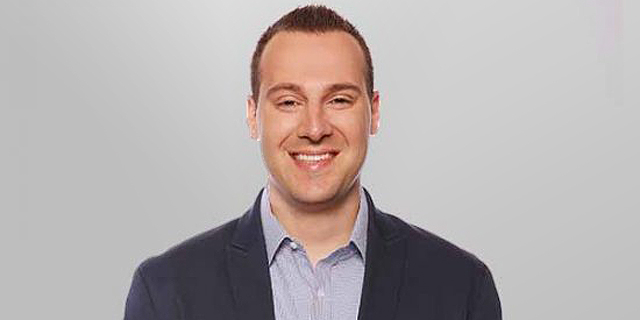 The Israeli tech scene is based on partnerships, innovation and independent thinking which are all vital in open-source code

It wasn't that long ago that the term open source was barely heard among the Israeli programmers community. But a quiet revolution has taken place in Israel. And surprisingly, it isn't just startups that have adopted open-source code, with larger organizations, including government ministries and the IDF also embracing the change. Evidence of this revolution is everywhere, and open-source code companies have taken over the headlines.

Among the companies in the news, there is the startup Snyk, which is based out of Israel and London and develops and markets software that helps developers detect and fix vulnerabilities in third-party code modules. Snyk raised $150 million in its most recent round according to a company valuation of more than $1 billion. Other companies include xs:code, based out of Herzliya and CodeFresh, which offers tools for the development, testing, and deployment of apps on the Kubernetes open-source container orchestration system and recently raised $27 million.

These examples are only the tip of the iceberg of the open-source code trend in Israel. Some of the world's leading open-source programmers, as well as companies of the likes of Elastic, JFrog and Redis, are all making their first steps in Israel.

Sometimes it takes longer for big companies to adopt the open-source concept as many of them still work under the assumption that closed source is safer, from a security and a business standpoint. But this attitude is changing. Even the big organizations in Israel are embracing open-source code, including the IDF and several government ministries. According to the IDF Spokesperson: "The change in the attitude isn't necessarily due to the desire to cut costs, but comes from the will to provide solutions in a faster manner." This allows the army to use more developers and have more options that will allow it to complete missions more efficiently. GitHub, OpenStack and Hadoop have all become popular platforms with the IDF, and with time also at major companies.

The IDF had until recently only used the .NET services as they were regarded as safer and were supported by Microsoft. But several years ago the IDF began to conduct more projects with the help of open-source tools after realizing that open-source platforms allow programmers to be more creative and innovative and that open-source code is essentially safer than closed source. As legendary American software developer Eric S. Raymond stated in Linus's law which he formulated, "given enough eyeballs, all bugs are shallow."

The Ministry of Science and Technology announced in 2019 an increase in the use of open-source code among ministries, replacing Microsoft's services. The ministry presented the advantages open-source provides to governments, including low costs, greater flexibility, preventing a situation in which a ministry is confined to a single provider, better quality products, and improved security.

Matrix is one of the leading examples of open-source code adoption in the business sector. Matrix is the official Israeli representative of open source companies Cloudera, Redhat and RapidMiner. The company has also announced that it is helping develop projects in Middleware and DevOps, as well as platforms for over 800 clients, including for some of the biggest organizations in Israel.

While open-source code is becoming more popular across the world, it is ideal for Israel. The Israeli tech scene is based on partnerships, innovation and independent thinking which are all vital in open-source code. Open-source code allows developers to test out new systems, and contribute and cooperate on different projects. This results in quick responsiveness, continual improvement, and innovation. At the base of open-source code, there is a working environment that is very Israeli in its essence, and it has proven itself to be effective both online and offline.

Oren Yunger is an investor in GGV Capital, which is based out of Silicon Valley. He is focused on enterprise infrastructure, development tools, and cyber security and is actively involved with open-source code companies Coder, Kong, Streamlit and HashiCorp. GGV is a global venture capital firm that invests in seed-to-growth stage investments across consumer/new retail, social/internet, enterprise/cloud and smart tech sectors.