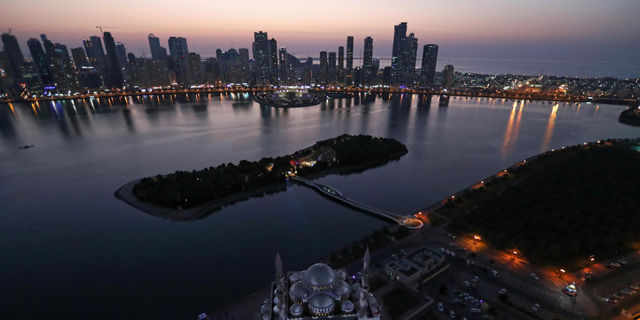 There is more to the UAE than Dubai and Abu Dhabi

The historic landing of the first direct commercial flight by Israel's national carrier El Al Israel Airlines Ltd. in Emirati capital city Abu Dhabi on Monday is yet another landmark on the path to diplomatic relations between Israel and the Persian Gulf countries. The green light given by Saudi Arabia for the Israeli plane to pass through its airspace is yet another testimony of the friendly winds blowing from the Gulf. 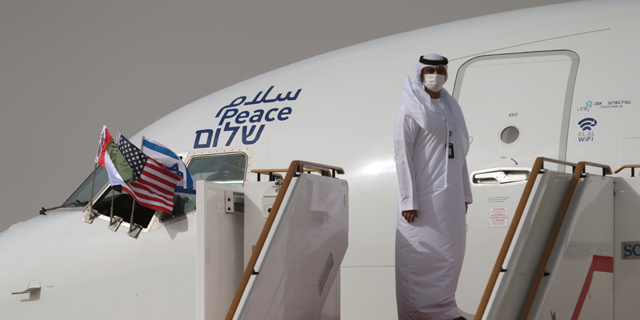 The new official policy is part of an extensive effort by the Emirati government to change public opinion in favor of the recently announced normalization agreement. This comes in light of increasing criticism from officials in the Arab and Muslim world as well as popular calls, especially on social media, to boycott Emirati goods, due to the country’s newly changed approach to Israel.

The UAE, however, seems unimpressed by the criticism, as evident by the front pages of its most prominent newspapers, all emphasizing the importance of a peace agreement with Israel. Under the headline, "A Time for Peacemakers," an editorial published by Emirati daily newspaper Al-Watan, ahead of the Israeli flight’s arrival, stated that peace is made by the “brave and the strong” as part of a political strategy meant to benefit the entire area.

The UAE is not shy about its hopes that the agreement will bear financial fruit and views it as an integral part of its recovery plan for the post-coronavirus (Covid-19) era, which has seriously impacted the second-largest economy in the Arab world.

n the first quarter of 2020, the UAE’s gross domestic product (GDP) contracted by 0.3% year-over-year. The numbers for the second quarter, during large portions of which the Emirati economy was completely shut down, are expected to prove even worse.

The Emirati authorities are looking to minimize the damage by the end of the year and believe the peace treaty, along with the lifting of Covid-19 restrictions and a slow return to routine will help the country’s economy show growth as early as the fourth quarter of 2020.

The spotlight is understandably placed on Dubai and Abu Dhabi, the UAE’s most prominent Emirates, which are also the most attractive for tourists and investors alike. An in-depth inspection of the financial developments in the country, however, shows a lesser-known Emirate, Sharjah, is gaining momentum and now offers more and more promising investment opportunities.

An aerial view of the Emirate of Sharjah. Photo: EPA

Sharjah is considered the third most prominent Emirate, accounting for 20% of the country’s population. Much of Sharjah’s financial development can be credited to the accelerated financial growth of its neighboring Emirate Dubai.

The impressive growth in Sharjah’s GDP in recent years indicates a growing interest in the opportunities this Emirate presents. Currently, there are nearly 60,000 small and medium-sized companies in Sharjah, with its most prominent advantage being its financial diversity. No single sector contributes more than 20% of Sharjah’s GDP, including oil and gas, which account for just 6%.

Sharjah successfully developed its industry through a network of industrial and free trade zones making it one of the largest manufacturing centers in the country. The Emirate offers investors in the relevant zones generous incentives such as allowing 100% foreign ownership, full exemption from export and import taxes, and long term leasing options.

Another factor that makes Sharjah even more appealing to investors and entrepreneurs is the low costs of doing business, compared with Dubai and Abu Dhabi. Investors claim authorities in the Emirate are fully attentive to their needs, with minimal red tape, as part of an effort to become as appealing as the two top Emirates.

Another advantage Sharjah has over its fellow Emirates is its advanced infrastructure—to which it dedicates around a third of its total budget—especially its transportation infrastructure. In addition, Sharjah is the only Emirate with ports both on the Persian Gulf coast and the Indian Ocean coast, which gives it strategic importance in terms of the logistics of the international supply chain.

Sharjah is also the culture and arts capital of the UAE and is making a conscious and quite successful effort to put itself on the world’s tourism map. With an investment of billions of dollars in tourist-focused projects as well as international events and conferences, Sharjah’s tourism industry brings in some $2.5 billion, over 8% of its GDP.

About 2 million tourists visit Sharjah a year and the Emirate is aiming to double this number next year, hoping, among other things, that those arriving for Dubai’s Expo 2020, will make the short journey to its territory. As with the industry, some of Sharjah’s appeal to tourists is rooted in its relatively low prices.

Another sector where Sharjah offers appealing investment opportunities is healthcare and medicine. In 2012, the Emirate launched a 2.5 million-square-meter free trade zone dedicated uniquely to this sector, which presents a far cheaper alternative to Dubai.