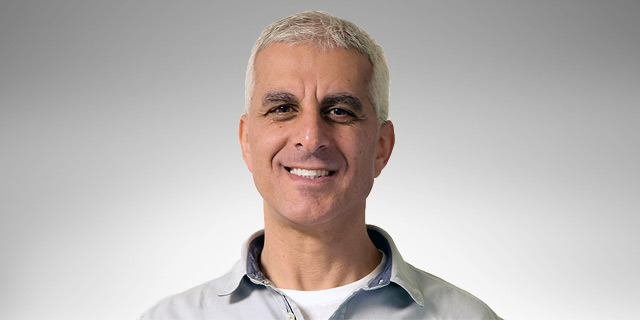 Daniel Benatar, the plant manager of Intel’s Fab28 production facility in Israel, has been appointed assistant general manager of the chip-making giant’s global chip manufacturing operations, the company announced on Sunday. This is the highest-ranking position ever awarded to an Israeli in Intel’s international manufacturing and operations organization, putting him in charge of all future chip-production on the global level. As part of his new role, he will be responsible for chip manufacturing at Intel’s plants around the world. Benatar entered the new position at an interesting time for Intel. In late July, the company’s CEO Bob Swan said that Intel was, for the first time, considering to outsource parts of its manufacturing processes. His statement, which caused the price of Intel’s stock to drop, followed an announcement that it was delaying the roll-out of its 7-nanometer chips by a year, from 2021 to 2022.

Benatar started his journey at Intel in 1993 as a diffusion engineer at the first facility Intel opened in Israel, Fab8 in Jerusalem. Since then, he filled numerous engineering and management roles in the manufacturing and operations organization, including in the development of production process technologies and upgrading facilities to large-scale manufacturing. In 2011, Benatar was appointed to lead the successful upgrade of Kiryat Gat’s Fab28 plant to produce 22nm technology. He remained in that role until he was appointed general manager of the plant in 2015. In his various roles, Benatar led the plant’s subsequent upgrade to 14-nanometer chips and then to 10-nanometer chips. Intel said that as part of his roles, Benatar also developed numerous innovative strategies, including reducing the duration of startup initiatives that took place at the plant, designing methods to better meet strict quality assurance standards, improving problem-solving and decision-making practices, and developing a revolutionary new method of production-line implementation. With Benatar at the helm, Fab28 was recognized with Intel’s most prestigious Intel Quality Award twice, in 2013 and 2019. In recent years he has also led initiatives to increase social acceptance and integrate minorities into the tech sector. “I have been fortunate and privileged to lead the wonderful organization called Fab28 with its cherished and outstanding employees. The Fab, which is located in the south of Israel, employs the world’s most advanced chip-making technologies. I am thrilled to assume the considerable challenge of leading global chip production with state-of-the-art technologies,” Benatar said. “Our vision at Kiryat Gat is ‘History. Made Here, By you!’ These are not just words but an ideal that all of the Fab28 employees fulfill every day in the south of our beloved country.”