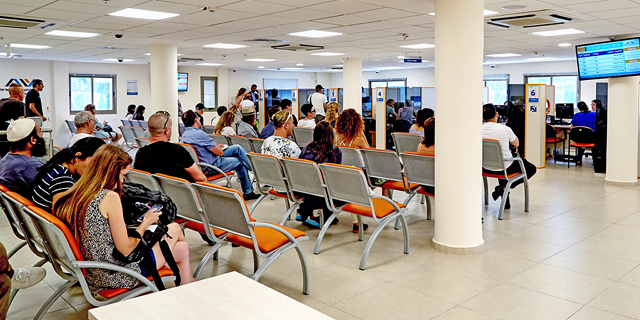 As the number of active cases of Covid-19 in Israel continues to rise, the government plans to vote on further limitations for the Jewish High Holidays that would see many businesses forced to shut down, again

As Israel prepares for the Jewish High Holidays and a second nationwide lockdown expected to be approved by the government Sunday, various government entities anticipate a steep rise in the country’s unemployment rate. The Ministry of Finance estimates a second lockdown, even according to the softer version suggested by coronavirus czar Ronni Gamzu, would result in no less than 100,000 newly unemployed and could even go up to several hundreds of thousands. The ministry estimateד that should a stricter outline be chosen, the number of unemployed would be even higher.

According to Gamzu’s outline, during the High Holidays, which start Friday and will continue, on and off, until mid-October, the country will be under a softened lockdown. Per the outline, schools will be out for the entire period; restaurants, shops, and all other businesses and services that receive visitors will also be shut down, except for essential stores, such as supermarkets, pharmacies, and food delivery and take out services; public services will operate under emergency procedures; and businesses that do not receive visitors will be allowed to operate at a 30%-50% capacity. During the holidays themselves, Gamzu suggested limiting the movement between municipalities. 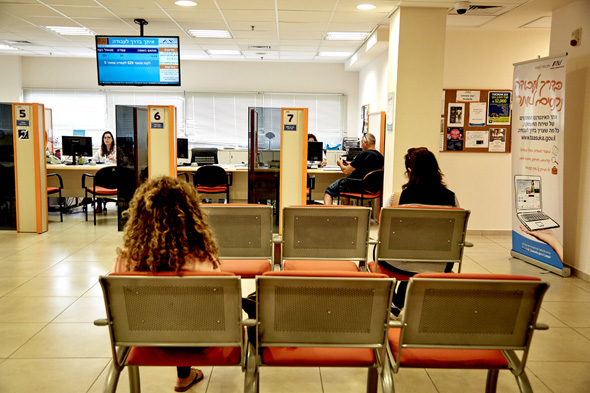 Government entities anticipate a steep rise in the country’s unemployment rate as the country prepares for another lockdown. Photo: Israel Employment Service

According to data from the health ministry, as of Sunday morning, the number of active coronavirus (Covid-19) cases in Israel was 37,482, with 490 patients in serious condition, including 130 on ventilators. So far, the number of people who have died from the disease in the country is 1,103 and 114,624 patients were listed as recovered. In a document reviewed by Calcalist the finance ministry stated that by the end of the year, should the coronavirus crisis continue to escalate, the country’s unemployment rate would be 15%. The document was based on data from Israel's Central Bureau of Statistics, which shows a 12% unemployment rate today that many feel is lower than the actual rate. According to the ministry’s document, the number of unemployed by the end of the year, long after lockdown is expected to be lifted, will be 600,000 compared to 500,000 today.

According to Bituah Leumi’s estimates, the number of newly unemployed due to the planned lockdown will be 100,000-200,000, reaching a total of 700,000-800,000 people unemployed. The Israeli Employment Service’s data shows as many as 700,000 currently unemployed, 100,000 of whom are ineligible to any government assistance and have not even approached Bituah Leumi. The service has yet to publish its estimate as to the number of people who will join the unemployment circle as a result of the expected lockdown. Currently, the cost of unemployment benefits for 100,000 people stands at NIS 460 million (approximately $133 million) a month. Since the beginning of the crisis, Bituah Leumi has spent NIS 12.4 billion (approximately $5.6 billion) on unemployment benefits, NIS 10.8 billion (approximately $3.1 billion) of which on new claims. These numbers are partial and exclude some of the payments made since the beginning of August.