Choosing a co-founder is like choosing a life partner

The most significant decision in a company’s life is made right at the very beginning: who, if anyone at all, do you start this complex journey with

The most significant decision in a company’s life is made right at the very beginning: who, if anyone at all, do you start this complex journey with. It is true that partnerships sometimes dissolve and that new partners may join later on but, still, choosing a co-founder is the most crucial element moving forward. This person is the one who will ride this rollercoaster with you; the one who will (or will not) be there with you and for you in the most difficult moments; the one who can pull you back to earth when you fly too high; the one who lets you know how things look from the outside when you are certain you’re right; and, most importantly, the one you can call in the middle of the night when you are so worried you cannot sleep, because it is as much their company as it is yours, so they must be as worried about it as you are.

The relationship between business partners is a complex one. Much like your relationship with your life partner, you cannot expect it to be perfect and have to accept that there will be ups and downs. Unfortunately, there is no single recipe that could help us know, beforehand who is or isn’t the right partner for us. Some say it is important that the second entrepreneur, the one who is not the CEO, will have no aspiration to take on a senior management position. This, they argue, will prevent over-competitiveness. At the same time, others claim another charismatic manager working alongside the CEO is important as a backup. Should the need arise, this person could easily step up, without disturbing continuity. Some argue that both entrepreneurs should come from similar backgrounds so that they find as much common ground as possible, while others would say they should come from different worlds and complete each other.

There are those who say entrepreneurs need to know each other for a long time before committing while some prefer to have a clean slate.

Long story short, there isn’t one correct model and statistics show there are both success stories as well as failures in every one of these models. This means you cannot set out to search for a partner based on a pre-prepared list of criteria, just as you cannot search for a spouse according to a preconceived image in your head. In the end, you have to follow your heart and choose the person you feel is the best fit for you and, just as important, feels the same way about you, When I was looking for a partner to start my new venture, the only criteria I did set was to find someone that founded a startup before and knows what they are getting themselves into. Knowing what a long and bumpy road we had ahead of us, I felt as if I needed someone who has gone through it before, as I have. This does not mean we will not make mistakes or even that we will be able to avoid the same mistakes we have already made. In fact, learning from past experiences can be tricky. One of the most common instances in which people should not rely on past experiences is what is known as fighting yesterday’s war. The term originates from the American response to the Japanese attack on Pearl Harbor, which brought the U.S. to take an active part in World War II. Right after the attack the U.S. military learned its lesson and invested in improving the security of the navy and its harbors as well as in preparing for unexpected aerial attacks. This may seem like a logical step to make sure it doesn’t fall for the same trick twice but in the next war the U.S. was part of, this time against North Korea, most battles took place on the ground, exposing other vulnerabilities and rendering the enormous investment irrelevant. This is a tendency we all have, to assume that what has been will be again instead of learning what the new challenges ahead of us are and dealing with them. Another example of how many of us err when we act based on experience is learning a practice instead of a principle. For example, a friend of mine once started a startup that raised a lot of money early on, which diluted his holdings in the company right from the start. He then swore that his next startup will not raise funds until a relatively advanced stage and so his company dragged on for two years without funding, leading to low productivity and, ultimately, its demise. The last mistake I want to address here is the tendency to treat the symptoms instead of the disease. This means, for example, that if in your last company you tended to get into shouting arguments with your partner, what you should do differently next time, is not necessarily to build a soundproof room where employees won’t hear you screaming. Past experience is valuable not because it means you know the answers to all the questions you are going to need to address (it does not) but because it makes you mentally prepared for challenges, which means you are less likely to be surprised or shocked by what happens. As is the case with life in general, there are those who would rather just go at it alone in order to minimize arguments and disagreements and allow them maximal independence when it comes to decision making and management. Some people are able to handle loneliness and feel they are at their best when they have the most control. Jeff Bezos, for example, started Amazon alone and he seems to be doing alright. Mark Zuckerberg quickly got rid of his original partners on Facebook and preferred to hire experienced managers to work under him, and Larry Ellison’s Oracle Corp. is not exactly a failure, despite being founded by a single entrepreneur. On the other hand, Microsoft, Google, and Apple were all founded by a team of two entrepreneurs and there are a lot of successful companies that were founded by three people or more. Either way, the identity of the entrepreneurs has a critical impact on the organization’s DNA and is very much responsible for the type of culture it has. What all of this adds up to is the realization that even before your first funding round, your first recruit, or your first prototype or beta, you will have already made the most important decision for the future of your company.

When the passion to start my new company, Piggy (incorporated as Flying pigs Inc.), first took over me, I decided not to go ahead with it until I find the right partner. I let the word out to my friends that I was looking for a partner and I scrolled through my contacts on Facebook and LinkedIn for hours trying to find the right person.

So, how did I know when I had found them? I didn’t. Like a lot of important decisions in the business world (and life in general), in the end, your gut feeling is your best indicator. The challenge is to really listen to your inner voice and not try to convince yourself that someone is right for you, just because you are so desperate to end the search. When I considered Ilan Leibovich, whom I have known for many years but have never worked with, I felt like I had found the one. 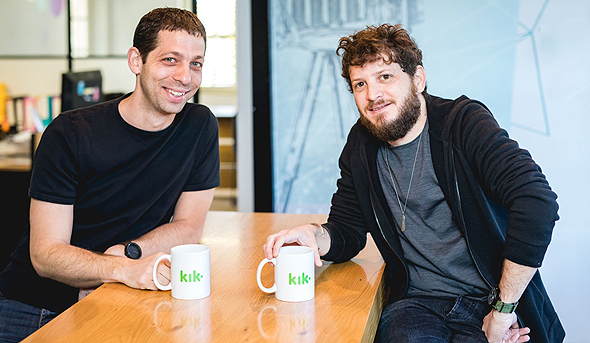 When I first approached him, Leibovich was not interested to explore new directions, so I kept postponing the launch of the company because I knew I could not start it without the right partner beside me. Luckily for me, several months later, circumstances changed and Leibovich was as interested as I was—his gut feeling was telling him it was the right thing to do.

Once you choose to work with someone, the real journey of molding this relationship begins. There will always be disagreements, challenges, and reasons to split but a good partner is not just someone who is a perfect match off the shelf, it is someone who works with you to make this partnership successful.