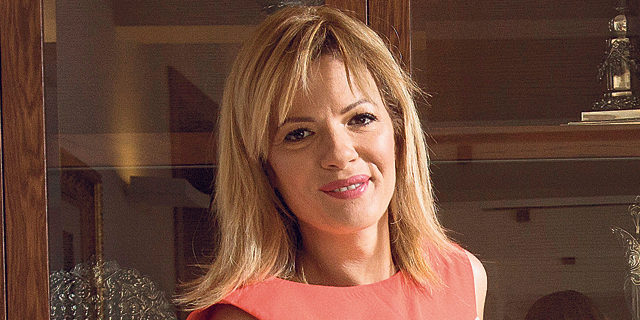 An Israeli court on Sunday ordered Twitter to pay NIS 20,000 (approximately $5,800) in legal expenses to a user who claims she was sexually harassed on the platform. The ruling came after Twitter requested a Herzliya magistrate court to dismiss the lawsuit, filed by journalist Linoy Bar-Gefen, while also criticizing her for her alleged sexual behavior.

“I was mistaken to think the days in which a victim was blamed for the offense, especially when it came to sexual misconduct, have passed,” Judge Gilad Hess wrote in the ruling.

The lawsuit is being held in chambers and most of its details are confidential. Bar-Gefen filed the suit following a series of tweets posted by a user under the alias BT. “This user harasses women systematically,” Bar-Geffen’s attorney Guy Ofir told Calcalist in a phone interview. “He wrote a very blunt tweet about Bar-Geffen and her life partner,” he said, adding he could not repeat the words due to a gag order. The tweet is so brutal, crass, and low, that the court has forbidden quoting it, he explained.

Bar-Geffen approached Twitter asking it to delete the tweet, claiming it constituted sexual harassment, but the social media network declined. She tried again, but got the same response, Ofir said. “She was shocked to see they were leaving such a blunt tweet up,” he said, “this is not about freedom of speech.”

As soon as Ofir got involved, Twitter deleted the tweet within a few hours. Bar-Geffen decided to sue anyway because “with all due respect, a sexual harassment victim should not have to get a lawyer for the harassment to be deleted,” Ofir said, “her two requests should have been enough.”

Twitter hired Tel Aviv-based law firm Herzog Fox & Neeman as its representation and submitted a dismissal request to the court, which was dozens of pages long, Ofir said. “It looked like something from the 1970s or 1980s, there are things you just cannot say anymore,” he said.

“They wrote that Bar-Geffen uses very loose language on Twitter and that she uses very sexual and crass words in her own tweets,” Ofir said. Essentially, they were saying that if a woman uses dirty words in her posts, he explained, then it was okay to sexually harass her and she had no legal claim for her lawsuit.

Since the case is being handled in chambers, Calcalist could not review the lawsuit or Twitter’s request in full and was only able to obtain a small part of Hess’ Sunday ruling. In this it, the judge heavily criticized Twitter’s conduct.

“In order to discuss the sexual history of the plaintiff, the defendant used its power as the operator of the social media network, which allowed it access to the plaintiff’s various tweets,” he wrote, “all with the intention to admonish her choice of words or her sexual conduct.”

It is inappropriate for Twitter as the company that operated the popular social media outlet, to ignore the subject on the table, Hess added, and instead “choose to present pages upon pages of claims regarding the plaintiff’s alleged sexual past, in a blunt, drastic, and, in my opinion, humiliating manner.“ The judge stated that there is a basis for the plaintiff’s claims that the parts in Twitter’s request that deal with her sexual past are sexist in nature.

Hess rejected Twitter’s request for dismissal which means it will have to conduct this trial in Israel and file a defense.

To his decision to rule expenses in favor of Bar-Geffen, Hess gave three explanations. “First, the defendant’s request was extensive and included 41 pages as well as over 80 pages of appendices which required the plaintiff to prepare an extensive answer,” he wrote.

“Secondly, I believe the request includes false claims that it would have been best not to make in the first place,” Hess added. “Third, fundamentally, I believe the request included inappropriate and demeaning references to the plaintiff,” he wrote, “it is not appropriate to deal with the plaintiff’s sexual history in this context in such an extensive and shameful way.”

Hess also mentioned Twitter’s request included harsh and irrelevant statements concerning Bar Geffen. “In many instances, the defendant accused the plaintiff of being untruthful and of deceiving the court, without any cause for such harsh language,” he wrote.

"Twitter’s written claims filed to the court were extremely sexist and chauvinistic,” Ofir said. They are symptomatic of a culture that believes that if a woman expresses herself in a certain way then sexually harassing her is fair game, as she was “asking for it,” he added. “If these statements were written anywhere but in a filing to the court, which is protected from litigation, the claims in Twitter’s request would have been cause for a sexual harassment lawsuit,” he said.

Ironically, Bar-Gefen chose to address the court’s decision in a Twitter thread Sunday. “Hi Twitter,” she wrote, “today, you lost against me for the first time and it may not be the last.”

"In an attempt to prevent the lawsuit from being pursued in Israel,” Bar-Geffen tweeted, “you decided that, since I was suing for sexual harassment, you should investigate my sexual past. Your request to the court included photos of me taken years ago in which I was publicly close to men as well as quotes of me using the F word, in its many forms by which you hoped to get the judge on your side because ‘you did not scream and you were not a virgin.’

"This made the judge very angry. In his 28-page ruling, Judge Hess was clear about his disgust from the chauvinistic tactics you used against me. For your audacity, alone, the judge ruled you must pay relatively high expenses, even though I never asked for them.”