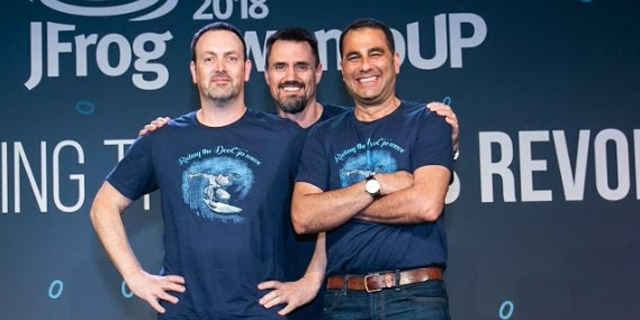 Israeli DevOps technology company JFrog Ltd. has increased the proposed price range for its initial public offering on Nasdaq and is planning to raise up to $475.6 million at a valuation of $4 billion, double the amount stated in its registration statement filed less than a month ago. The company increased the range of the 11.6 million shares on offer to $39 to $41 from a prior $33 to $37. JFrog, which likely raised the range due to the interest its IPO has received in recent weeks, applied for the ticker "FROG".

The company was founded in 2008 by CEO Shlomi Ben Haim, Yoav Landman, and Frederic Simon. JFrog develops tools designed to streamline the coding process and automate software updates. Its technology is currently involved in most of the world’s software updates.