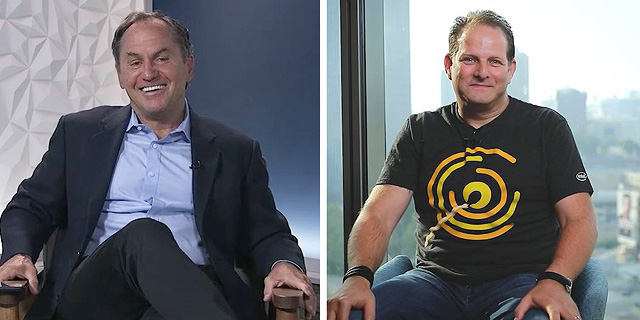 Intel expanding Ignite startup program on back of Israeli success

"Israel is such an important part of our company," said Intel CEO Bob Swan, describing Israel as "a microcosm of Intel as a whole"

Intel CEO Bob Swan described Israel as "a microcosm of Intel as a whole" and said that the success of its Intel Ignite startup growth program launched in Tel Aviv last year is what led the multinational corporation to announce on Monday the expansion of the program to sites in Austin, Texas, and Munich, Germany.

Intel Ignite provides a 12-week program for 10 early-stage startups. The program is currently accepting applications for the third cohort in Tel Aviv. The Ignite program in Munich and Austin will start in the first half of 2021. Intel requires companies to have already raised a minimum of $1 million in funding (seed, series A), have an experienced founding team, significant IP and a large market opportunity.

"Israel is such an important part of our company," Swan said in an interview with Intel Ignite General Manager Tzahi (Zack) Weisfeld as part of the recent "The Ignite Show". "We have 14,000 employees in Israel and it is a huge part of the Intel company in so many ways. We've invested over $40 billion in Israel whether it is building a factory or making acquisitions. Intel in Israel is a microcosm of Intel as a whole and it is coupled with a wonderful startup community — the startup nation. The entrepreneurial spirit that is exhibited in Israel made it the ideal place to launch Ignite, which allows us to leverage our people and our technologies and what we've learned along the way coupled with the technologies and the ecosystem of the startup nation. We've been very excited about the program in this early stage despite the challenges that we are facing in the world around us. Given the success in Israel, we are looking to replicate it in Germany and the U.S."

Weisfeld said Ignite is expanding the program to multiple countries to work with a diverse array of startups. "The startups we look for are fearless, pave new paths and are not afraid of taking bold steps," Wiesfeld said in a press release. "Intel employees engaging with the startups in Ignite are challenged to work more nimbly and creatively, and they gain perspective on how other companies and entrepreneurs operate, producing fast results and significant business outcomes."