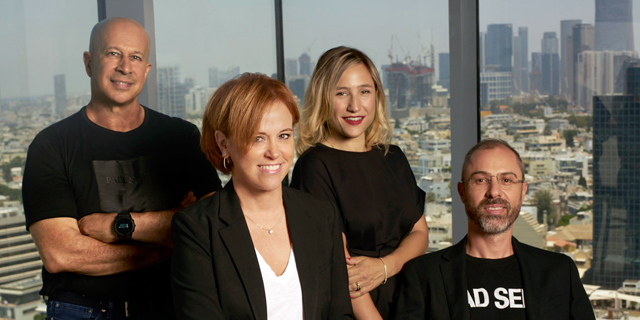 "We'll save entrepreneurs the trouble of founding failing companies"

Newly launched Team8 Fintech, which is focused on founding and scaling fintech companies, is aiming to fix the inefficient and wasteful process of founding a startup

"There is a hole in the bucket. There is an entire industry that is only called into action once there is a company, a product, and a client in place and until that point the entire process is in chaos," that is how Yuval Tal, founder of payment powerhouse Payoneer and one of the four partners in Team8 Fintech, described founding a startup. Israeli cybersecurity startup foundry Team8 officially announced on Tuesday the launch of Team8 Fintech, a parallel platform focused on founding and scaling fintech companies. Tal’s partners in Team8 Fintech are former president & CEO of Israel’s largest bank, Leumi Group, Rakefet Russak-Aminoach, founder and former chief product officer of social trading network and multi-asset brokerage unicorn eToro, Ronen Assia and former head of business development for PayPal across Eastern Europe, Israel and Africa, Galia Beer-Gabel. According to a report to the U.S. SEC, the group has already raised $30 million, with the goal of reaching $100 million in investments. Similar to Team8 cyber, the fintech group will launch and invest in startups in return for 50% of their equity. The goal, according to Tal, is to fix an inefficient and wasteful process. "If you improve the founding process you can increase the chances of success significantly. Only one in 100 companies succeeds in Israel, which means that in the other 99 companies people wasted years of their lives on things that should have never been built. We save these people the time." 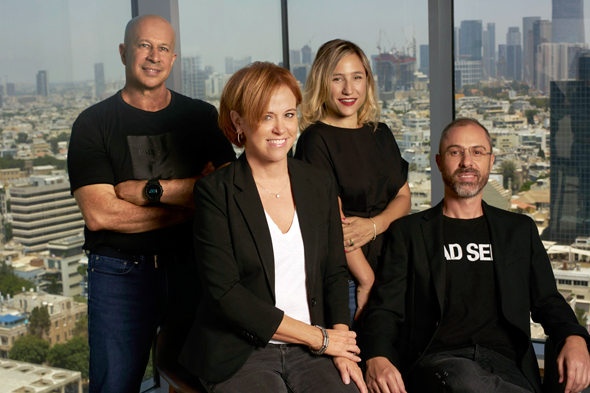 The group intends to found five companies in the coming years with a focus on B2B2C (Business-to-Business-to-Consumer) companies in the data sector. “We are already working with a company that is developing a credit engine, for example. We will approach banks that don't know how to fund e-commerce and offer them a partnership between our engine and their clients or we will approach organizations from outside the financial world who have a lot of money and clients like retail and telecom companies," explained Russak-Aminoach.

"As a bank CEO, I stood on many global stages and said that the banking system can't continue with its current model as it is no longer suitable and consumers have lost interest," added Russak-Aminoach. "If you ask Millennials in the U.S. where they want to keep their money, they express no special preference for banks. Nevertheless, the disruption we are seeing in this sector is very slow. There are some very successful fintech companies, but if you look into it you will find that most of these companies lose a lot of money on clients, even some billion companies. In addition, traditional institutions are threatened by non-financial organizations that are trying to enter this field in order to increase their income. The industry is very clearly unbalanced and the regulators are no longer responding to the banking system the way they did before 2008. Nowadays regulators prefer smaller companies that have more control. In the past, there was a belief that banks are stable because of their size, but then in the 2008 crisis people understood that not only are they not stable, but that if they collapse, they will take with them entire economies. So regulators are in favor of creating competition. Of course, all of this has received an additional boost by the Covid-19 pandemic."

Assia added: "There are many between a fintech and a ‘regular’ startup. I'm constantly meeting startups that have raised $2-3 million and can't understand two years later how half of the money was eaten up by legal and regulatory commissions. In fintech, the implementation isn't always technological, in most cases it is a business model - how you reach the clients, what you are selling them, and what new business model you are offering this world. Technology is only a tool."

The idea of this new initiative, explains Russak-Aminoach, is to build a mechanism that will simultaneously complete this expensive work for several companies and save them expenses and time. "We are allowing an entrepreneur to set up a company without having to forgo two years of salary or have to significantly self-fund. We are helping them understand the nuances regarding the product, for example, what they should be wary of. You need to be a superman to found a company these days. The mistakes I made along the way are embarrassing and only thanks to luck things somehow worked out. It isn't that we have some kind of halo, but we can help reduce risks," said Tal. Team8's model is the focus of plenty of discussions in the local industry. So far the group has only registered one impressive exit with the sale of Sygnia for $250 million after raising just over $4 million. But Tal believes that focusing on exits as a measure for success is wrong. He says that the focus should be on the earlier stages. "When entrepreneurs reach venture capital funds they should already have something to present and even then, it takes six months from the moment you meet an investor until you receive the money. When someone comes to us with an idea our ability as a team to vet them with the right people is infinitely better than that of a novice entrepreneur.

"If we examine what causes early stage entrepreneurs to fail, the first thing is uncertainty and the lack of a salary. The second is the product-market fit. If I could go back in time and have access to a model like Team8’s, that would have certainly been the right thing for me to do. It spares so many mistakes."

Tal also explained why the fact that the group demands a 50% stake shouldn't deter entrepreneurs. "If the entrepreneur chooses to get more shares over being able to increase their chances of success, they are certainly making a mistake. You can argue about control and many other things, but there is no arguing over whether it is better to have a bigger stake or a greater chance to succeed.

"By the time you sell your company or take it public, shares have already exchanged hands many times over," added Tal. "Our responsibility is to make sure that a company reaches the A and B rounds. If we are increasing the chances of reaching round A, we have also improved the chance to make an exit by hundreds of percent. Even mainstream VCs understand that they can't just sit and wait in the office until entrepreneurs come knocking and they begin to see the need for bringing the companies in-house."

You are talking about changing the model, but ultimately you didn't change the goal, which is to sell the company or to take it public. A company that takes VC money needs to return the investment at some stage and changing shareholders only buys it more time.

"Going public is also an investment, and of the worse kind," noted Tal. "Your focus becomes the predictability of sales. Public investors don't care about the product, and that warps a company's decision making."

But there aren’t many scenarios in which VC funded companies can remain private. In most cases there isn't much to do other than change hands from one private equity fund to another.

"That is true," admitted Tal. "The rules of the game are that when you take institutional money the investors want to make a certain profit. So either you get acquired or you go public, and in the second case the management suffers from a big deterioration in their quality of life. But in both cases what really matters is how the employees get the money and not how the investors get it. There are many companies today in which the employees get the money before the exit. Anyone who founds a company wants to see the payday and that is what we provide."