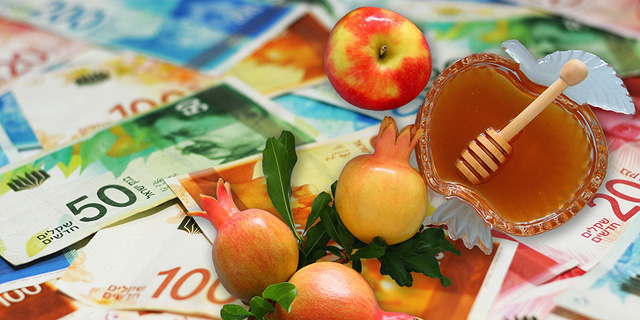 While the heavenly judgment in Jewish faith can be appealed through charity, prayer, and repentance, the process of appealing an order to go into quarantine from Israel’s Shin Bet is far less friendly

The holiday of Rosh HaShanah, the Jewish New Year, which starts Friday, is inherently about big data and predictive algorithms.

According to Jewish tradition, during this holiday, the metaphorical Book of Life is opened before God and our personal data, both merits and demerits, are counted and examined. Finally, a predictive algorithm is run on the sum of our data and the outcome outlines our respective destinies for the following year.

No one is likely to raise any security or privacy concerns relating to the Almighty’s assessment of each of our individual deep data lakes—the sum total of raw data collected on us in the heavens—and the subsequent algorithmic analysis of them.

This Rosh HaShanah will also mark the start of a second nation-wide lockdown in Israel to deal with the rampant coronavirus (Covid-19) pandemic. A lockdown, while perhaps necessary to stem the tide of the virus, is clearly undesirable for a myriad of reasons, including social and economic ones.

This lockdown, which was uttered as a possibility for months, can find one of its primary proximate causes in the failures of a different data collection system and the resulting algorithmic assessments. In particular, I am referring to the contact tracing system employed by the Israeli government to collect proximity data on Israeli citizens and assess whether an individual was close to a confirmed Covid-19 patient, and, as such, is required to self-quarantine to minimize the further spread of the virus.

This system is just one of many different and growing infringements into our privacy as a result of the pandemic. These include the various contact tracing apps, the real-time tracking of patients, and artificial intelligence software that seeks to screen for the virus among patients. The tracking system described above was developed and is in use by Israel’s internal intelligence service, the Israel Security Agency, also known as Shin Bet. In July, the Israeli parliament (the Knesset) greenlit it for use in Israel until the end of 2020, its big brother-like qualities notwithstanding.

Shin Bet’s system relies on collecting numerous data points about each citizen. The depth of the resulting personal data lakes and the nature and extent of the data collection methods are not fully known. However, it is commonly assumed that some of the data is culled from the GPS coordinates of each of our cellphones. Still, without clear knowledge as to what data counts as a demerit in this metaphorical Book of Quarantine, Israeli citizens have no way of knowing if their privacy and security rights are being violated, and to what extent. In Australia, to name one extreme example, a national system that will include genomic data is set to be implemented in the effort to track the disease.

The uncertainty has led to Israeli users reportedly employing technological solutions, like faraday cages or burner SIM cards to avoid Shin Bet detection. Others rely on low-tech solutions such as simply leaving their phones at home or switching to airplane mode, to prevent the phone from narcing on their location.

However, not everyone who seeks to hide their location from Shin Bet and Israel’s Ministry of Health is necessarily a malicious potential virus super-spreader. From the program’s outset, it has been beset with reportedly thousands of false positives, sending healthy and unexposed people to mandatory quarantine and creating further distrust in the government and its various coronavirus fighting methods. The result is a system that is not only technologically faulty but inherently limited by those actively seeking to evade detection.

Fewer Israelis would likely be inclined to hide their daily travels to the supermarket and other dangerous locations from the government if there was a simple and straightforward process to appeal the likely false positives. However, unlike the appellate process of the Jewish High Holidays, where, according to Jewish faith, everyone gets an opportunity to speak directly to the ultimate decision-maker and wherein the appeal is a relatively transparent process, requiring charity, prayer, and repentance, the Israeli process is very opaque. In fact, Israelis who seek to appeal their false quarantine requirement are subject to long waiting times, dropped phone calls, lack of follow-up, and a murky and inconsistent process that includes an inability to speak with the actual parties that make the decision to quarantine or not to quarantine.

The tracking tool is just one of many problematic uses of big data in the judicial system. In a previous column, I described how facial recognition technology, based on the pooled data of hundreds of millions of faces, has been limited in many jurisdictions, and how over-reliance on the technology can result in false positives.

Another problematic use of big data is exemplified by PredPol Inc., a Santa Cruz, California-headquartered company that developed a predictive policing algorithm that analyzes big data on crime to assess the probability, time, and location of potential crimes, in order to preemptively increase policing in those areas.

Many consider PredPol and programs like it of bias against minorities as well as of creating a feedback loop that perpetuates negative stereotypes against certain population groups and neighborhoods. Ironically, Predpol’s hometown of Santa Cruz recently announced that it would be the first city, albeit not the first police department, in the U.S. to ban the use of this type of technology.

But, while some place the blame for the failures of the Israeli quarantine system, PredPol, facial recognition, and other arguably biased AI systems on the Silicon Valley personalities who push the constant drive for innovation, without reflecting on the repercussions—as exemplified by Mark Zuckerberg’s “move fast and break things” policy—much of the technology has actually been around for decades. Simulmatics Corp., a data science company founded in the late 1950s was one of the first examples of a company that seeks to predict and sometimes influence group behavior by analyzing massive amounts of data.

Ironically, Simulmatics, founded by MIT Professor Ithiel de Sola Pool, has mired in obscurity and has been mostly forgotten, notwithstanding the clear lines that can be drawn to today's world of predictive analytics and big data.

In contrast, de Sola Pool’s father, the eminent Sephardic Rabbi David de Sola Pool, published a ground-breaking Rosh HaShanah prayer book with English translations that will likely still be used by many congregations this holiday. Unfortunately, some might be unable to use the physical prayer book, as they will be stuck at home- quarantine due to a false positive from Shin Bet’s predictive software.

But not all is lost. Luckily, David de Sola Pool's clear translation is now available as part of an open-source project made possible by the weird and wonderful vagrancies of U.S. copyright laws vis-à-vis the public domain. And, so, it will hopefully be guiding even the falsely quarantined to successfully appeal at least their other predictive analytic outcomes.