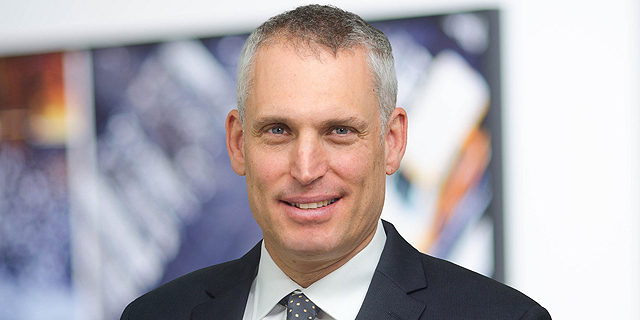 If you regulate them they will come: "Israel can be a leader in setting the stage for autonomous vehicles"

For many in Israel’s tech sector ‘regulation’ is a four-letter word. The prevailing attitude by the gung ho entrepreneurs towards government is ‘get out of the way and let us drag you into the 21st century.’ But sometimes regulation can be a good and even necessary thing. Such is the case, argues Avi Licht, a partner in Meitar—one of Israel’s largest law firms—when it comes to the autonomous vehicle industry. “The sentiment has always been that government interference has a negative effect. Companies wanted to be left alone to build their products with minimum limitations and interactions with the state. ‘With our brains and our capabilities, we don’t need or want any help,’ was the mindset. "But with the introduction of new technologies that have life or death ramifications, like self-driving vehicles, the tables have turned,” Licht said in an interview earlier this week with Ctech.

Licht, who currently specializes in regulation, commercial law, and litigation at Meitar and counts major Israeli and international tech companies among his clients, is very familiar with both sides of the equation. Up until two years ago, he played for the other side, a 20-year veteran of the public service, filling some of the most senior roles in the Israeli justice system, including as Deputy Attorney General where he led policymaking, legislation, regulation, and litigation of Israel’s most complex, high stakes economic challenges, including antitrust, corporate law, natural resources, media, innovation, and tech regulation. “Unlike other fields, where regulation chases technological development when it comes to autonomous vehicles, we can’t wait — having regulation in place is a vital prerequisite for the technology’s application. And the stakes are literally life and death,” Licht said. Licht noted that when it comes to self-driving cars, and to a large extent with AI in general, developers are suddenly desperate for regulation since it is expected to have a major effect on their product. “For the first time, we will have AI-powered robots occupying the same space as human beings and we have to prepare for that. In order to progress, companies need to know that their vehicles will be able to be licensed and insured to drive on the public roads. They need to know how traffic accidents involving autonomous vehicles will be treated when it comes to the courts. They aren’t even asking for regulations that will ease their way, they just need the certainty it provides,” said Licht. “There is an opportunity to impact the way these systems work, to teach the controlling algorithm the best practices. In the end, it’s all about data. If we teach it how to behave, it will be a fully-fledged experienced driver the moment it comes out of the factory, unlike young human drivers, who we allow on the road with only basic proficiency and a high degree of risk,” Licht said. “We have the data. It’s in the hands of road accident inspectors. We can calculate the risks, which in the case of self-driving cars eliminate the 85-90% of the accidents caused by human error, all we need is cooperation between the regulators and the industry.” Licht argues that Israel in particular should have a vested interest in expediting regulation since it is already a hub of automotive technology. “If we can provide the regulatory framework, the industry players will come here to set up their projects and boost the entire ecosystem,” he said.

Autonomous vehicles are just around the corner. Photo: Shutterstock

The revolution is just around the corner. The industry has seemingly collectively agreed that privately-owned autonomous cars are not yet in the cards and that the first self-driving vehicles to hit the streets will take the form of shuttles for urban transportation. Intel-owned and Israeli-founded Mobileye, which is one of the companies Licht represents, has announced its plans to set up a fleet of robotaxis as early as 2022, and other companies are looking at similar timeframes. Israel, Licht said, does not want to fall behind or wait for others to regulate first. “Usually what happens is that we wait for international regulatory bodies to set the tone and draw local regulations from them, but Israel doesn’t want to fall behind and should already be preparing,” Licht said, noting that countries like the U.K., Germany, The Netherlands, and France in Europe, or Singapore, China, South Korea, and Japan in Asia, and even in the state level in the U.S. are all setting their sites on 2022 or 2023 and if Israel wants to compete it needs to close the gaps. “I think Israel is aware of the situation and realizes that it needs to move ahead. A promising sign was the announcement last month by the Ministry of Transportation of the framework for carrying out self-driving vehicle tests, it’s just a matter of convening all the relevant bodies and advancing legislation in time,” he said. Asked whether Israel, which is notoriously slow at advancing reforms, is capable of meeting the challenge, Licht estimated that it could. “There is an understanding of what’s at stake and a willingness on the part of government bodies like the transportation ministry, the finance ministry, and the Israel Innovation Authority to advance regulation. All we need is execution.”

“Israel, the Startup Nation, has a unique opportunity to be a first adopter and become a ‘regulation nation’ and not just when it comes to autonomous vehicles, but for all types of innovation going forward,” Licht said. “Self-driving cars can be the test case for all future Human-AI interaction use cases, including applications in the healthcare sector, the financial sector, and industry. The principles are the same. In the end, it’s all about taking calculated risks with installing algorithms to carry out traditional human roles.” Licht compares it to elevator operators of old. “You used to have a person that would push the buttons. It provided users a sense of security knowing a human was in control. Nowadays every child can operate an elevator and we don’t think twice about it.” “There is a huge advantage of being an early adopter when it comes to these technologies over which there is fierce global competition and being too conservative can cost you. I just hope people here have the courage to attempt to be first.”