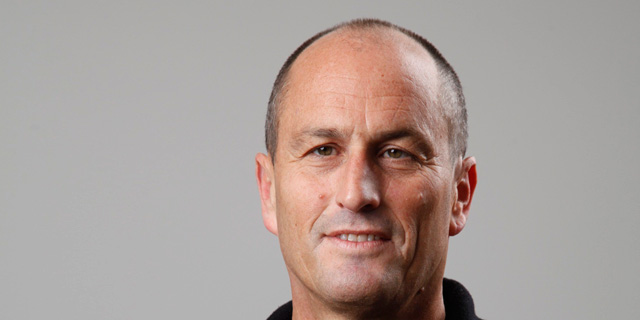 Israeli startup BioCatch announced on Wednesday the extension of its series C financing round by an additional $20 million invested by four major global banks – Barclays, Citi, HSBC and National Australia Bank (NAB) – to increase the round to a total of $168 million. BioCatch has so far raised $215 million in total, with its investors including venture capital firm Maverick Ventures. American Express Ventures, the strategic investment group of American Express, CreditEase, Bain Capital, Bloomberg and Jerusalem-based equity crowdfunding firm OurCrowd.

The company, which was founded in 2011 by Avi Turgeman (CTO), Uri Rivner (Chief Cyber Officer), and Benny Rosenbaum, employs 160 people, 100 of them in Israel and the rest in London, São Paulo, Singapore, Sydney, Mumbai, and Boston. BioCatch is active in the behavioral biometrics field: the research of digital behavior by users from a physical and cognitive standpoint in order to protect them and their data from fraud in the digital space. Analyzing behavioral traits by users provides insights that can help prevent fraud even without exposing personal data and allows to identify hackers before the transfer of funds is completed, providing good protection for banks, their clients, and their assets. BioCatch announced that In conjunction with the funding it has established the BioCatch Client Innovation Board with the investing banks. The board will be a collaborative forum where members will meet regularly to develop new ways to leverage and scale the unique attributes of behavior. The four investing banks and longtime BioCatch investor American Express Ventures will each be allocated two seats on Client Innovation Board. One of the board’s key focus areas will be on the development of advanced solutions for online fraud, which has increased by 50% since the outbreak of Covid-19. Board members will also work closely with each other and with the company to explore how collaboration and network effects can effectively combat online fraud and identity theft at an industry wide level. According to the company, behavior provides signals about whether online users are actually whom they purport to be, without revealing personally identifiable information. Flagging potential fraudsters before they can transfer funds from an account drives digital transformation and protects banks, their clients and their assets "The concept is to allow close work with the banks in order to understand what is really troubling them,therefore we have a big group of banks that will provide feedback in the forum," Gadi Mazor, COO of BioCatch told Calcalist. "Furthermore, believe that strong solutions for fraud must use the network effect, meaning collaborations between the entire industry." Isn't there a conflict of interests or competition between the banks, who are interested in gaining an advantage over their rivals? "There is an understanding in the industry that there is a need to fight fraud together and in certain countries the regulator is demanding that more of these organizations be founded. We have encountered situations in which banks told us that they wanted exclusivity but there is agreement that you need to work together in order to fight fraud." How has Covid-19 affected the rise in fraud cases? "Studies have shown an increase of between 30-50% in fraud cases. The main reason for that is that all the banking anti-fraud systems are based on finding anomalies. For example, when we could still travel abroad frequently the anti-fraud system would check where we were making credit transactions from and blocked the card if a strange location popped up. But since March all of these systems have become erratic because everything has changed. We are buying different things at irregular times. That has resulted in these systems giving inaccurate alerts and that is why fraud is on the rise. People are also at home more so it is easier to trick them and acquire their credit card details. The advantage of our system is that the only constant is user’s behavior." Howard Edelstein, BioCatch chairman and CEO said: “We have already seen the power of collaboration in solving difficult problems in other areas of the financial services industry, such as clearing corps, transaction networks, post-trade processing, margin calculation and collateral management, when banks work together and share knowledge, workflow and data in the common interest.”