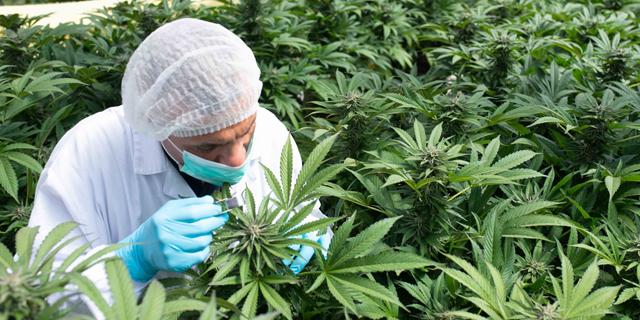 The Ministry of Health has announced that it will temporarily authorize the export of medical cannabis for the coming three months, until the Israeli government approves its new budget. Companies will only be allowed to export after committing to the ministry that they have an available inventory for the local market and that they will lower prices of 66 cannabis products currently being sold to Israeli patients. Shares of the companies which received the approval surged during Monday’s trading on the Tel Aviv Stock Exchange, with Panaxia jumping by 34.6% and Univo climbing 18.3%.

The companies will also only be allowed to export products that are authorized for use in Israel and are sold at a set price of NIS 140 (approximately $41) to Israeli patients above the age of 21 and for NIS 100 for patients under the age of 21.

According to the ministry, medical cannabis is currently being sold in Israel for prices ranging between NIS 750 and NIS 2,000 per month depending on the dosage required by the patient.

The new development was initiated by deputy health minister Yoav Kisch after the Ministry of Finance rejected his request to receive NIS 100 million to promote export by subsidizing cannabis products for local patients.

"The authorization to export is immediate and is based on the trust we have with the market. If we find out that the cannabis companies are messing with us we will shut down the option to export," Kisch told Calcalist. "We reached agreements with most of the players who control most of the inventory in the market. This authorization is valid for three months until the approval of the next budget, which we are hoping will include our demands for this sector. We were in touch with all the market participants and allowed everyone to take part, but only approved those that ensured they would still have an available inventory for Israeli patients and agreed to lower prices. We made the move without the approval of the Ministry of Finance because we couldn't wait any longer." Among the public companies who received approval from the ministry and will be able to export assuming they are granted permission from their countries of destinations are Seach Medical Group, Canndoc, Panaxia, Togdar Pharma, Tikun Olam and Univo. The private companies that were granted permission include BOL Pharma and Better. While the authorization to export boosted the value of the companies on Monday, most of them aren't ready to export immediately as either they have yet to receive regulatory authorization at their countries of destination or still need to build up a sufficient inventory.

"Export will allow us to lower prices for our Israeli patients and continue the implementation of Panaxia's main business plan of initially exporting to Europe," said Panaxia co-founder Assi Rotbart.

But not everyone in the local medical cannabis industry is excited about the latest development, including Bazelet Pharma, which operates the largest medical cannabis facility in Israel. "The Ministry of Health can't hold export as a hostage and make it dependent on its whims," Bazelet CEO Meir Ariel told Calcalist, with the company appealing against the procedure to the High Court of Justice at the Israeli Supreme Court. "This is a spin and a bluff. Companies will allocate their better quality products to export where they will be able to get more money for them and leave the problematic products for the Israeli patients."