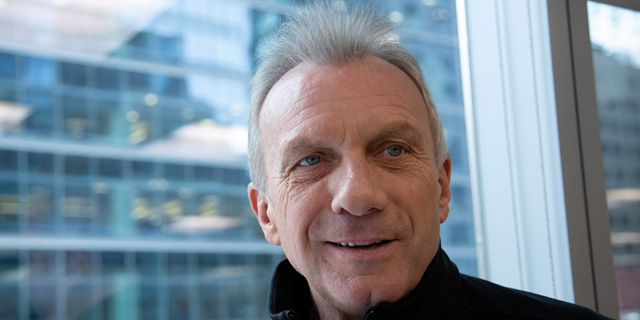 The company, which is also backed by NFX, aims to provide sales teams with a fully customizable demo platform

Newly founded Israeli startup Walnut announced on Thursday its official launch and the close of its $2.5 million seed round. The round was led by Gigi Levi-Weiss’s NFX with additional investments from Wix CEO Avishay Abrahami, American football Hall of Famer Joe Montana’s L2 Ventures and other Israel and Silicon Valley investors. Walnut developed a technological solution that enables a seamless, and more effective, sales process while working remotely by removing the reliance on back-end teams, such as graphic designers, product developers, and R&D, when creating sales demos.

The company’s platform provides sales representatives with customizable templates for demos that are specific to each client or vertical a company is trying to sell to (changes to the templates can be determined by team leaders or senior managers).

It also has a learning system that creates customizable templates for demos that are based on previously successful ones, allowing the sales team to fine-tune their demos according to past experience.

To achieve a fail-proof experience, the demos are run live, even when the real product is offline.

The company said its platform is already being utilized by companies such as Nasdaq traded Varonis and Israeli startup Namogoo, with 30 additional tech companies on its waiting list.

“22 years ago, Bill Gates went on stage to showcase Windows 98, and was met with the ‘blue screen of death’ in front of the entire world. Many years have passed since that iconic moment, many industries have been re-invented, but one thing hasn’t changed - showcasing your product in real time is a terrifying experience,” said Walnut co-founder and CEO Yoav Vilner. “Over the past six months, we focused our resources on perfecting the combination of multiple technologies to provide sales teams with the tools needed for frictionless customized and optimized product demos. We realized that the need for such a service increased massively since the onset of the pandemic, as remote sales became common practice.”

“Our mission is to turn inside sales from an art form to a science,” Vilner added. “By doing so we can remove the guesswork from the methods in which tech companies are currently selling their products, mostly relying on human touch and personal talent of salespeople. By fully automating the process, sales teams will be equipped to perform exponentially better, with minimal effort and at a much higher conversion rate.”

Walnut was able to raise its seed round amid the Covid-19 crisis despite the widespread decline in early stage investments around the world. It appears that the transition to remote work, which also includes remote sales actually aided in Walnut’s growth.

“Besides having a great team, we found Walnut an appealing investment as they approach a big market and are solving a cross-vertical problem,” said NFX’s Gigi Levy-Weiss. “Nearly every company has to face the challenges of demonstrating live products during sales calls. Now with the switch to remote sales, the product is seeing a surge in demand from early bird clients and the waiting list is growing every day.”