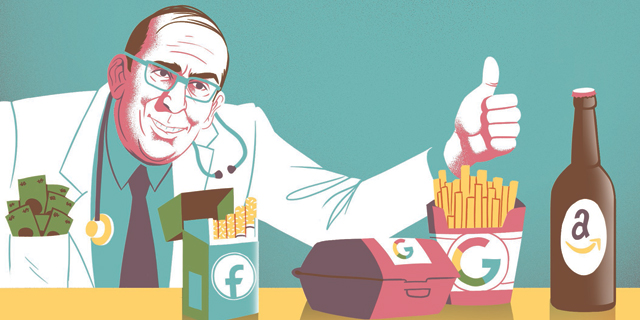 This research was sponsored by Amazon: How ‘Big Tech’ is compromising academic integrity

After ‘Big Tobacco’ and ‘Big Oil,’ it is now the tech giants’ turn to try their hand at influencing the public debate by contributing to research institutes

Columbia University’s announcement last month that it was launching a new AI research center sponsored by tech giant Amazon didn’t receive too much attention. According to the dean of Columbia Engineering Mary C. Boyce, the collaboration between the academic institution and Amazon, which will provide the academic institution with $5 million over the next five years will “advance AI in a way that is responsible, effective, and beneficial to society.”

“The Columbia University research center complements Amazon’s research presence in New York City,” read a company statement, which also noted that the collaboration would not only promote research but also “education, and outreach programs.” The Jeff Bezos run company fully admits that it is not interested in merely providing financial support for research, but also in advancing education. The significance of its statement and the types of knowledge it wishes to spread to the public is anyone’s guess.

Of course, Amazon isn’t the only giant company that seeks to leverage donations to academic institutes for long term business interests. It isn’t even the first tech giant to do so. But its entrance into the field provides a good opportunity to wonder at the ramifications of the links between the academic bodies that claim to be pure and free of interests and their financial patrons.

The entry of corporate money into controversial research fields has always raised concerns. In the 1950s and 1960s, it was the big tobacco companies that poured billions into universities and research centers to produce academic studies into why smoking or second-hand smoke was not a health concern, or that there was no link between smoking and various diseases.

In the 80s and 90s, the same model was adopted by the energy companies, who used it to build the foundations of global warming and climate change denial. The huge amounts of capital the companies poured into the research bodies enabled them to shape the science in such a way as to produce as many studies as possible that emphasized the lack of certainty regarding climate change and help make the argument that man-made global warming was nothing but a theory. In between, there were always the food companies who tried to bridle science to downplay the risks of sugar consumption or the dangers of processed food by sponsoring studies that confused consumers and regulators alike.

In retrospect, it is clear that the money invested by tobacco and energy companies in academic studies served them to help manipulate the public and the regulators put in place to defend it in order to ensure huge profits while ignoring the dangers to people’s health, human lives and the future of the planet. The lessons learned from the previous decades are apparent in the academic institutions’ readiness to accept more money from such companies. When Philip-Morris announced in 2018 that it was launching a research fund that will hand out a billion dollars over 15 years, a long line of researchers, scientists, and doctors spoke out against accepting funding from a company whose products kill millions of people a year. It’s a good start, but it’s only the beginning. There are now several organizations dedicated to tracking the secret donations of tobacco and oil companies to research centers and NGOs.

In recent years technology giants have joined the ranks of organizations that infuse the scientific community, and even some in the non-profit and watchdog sector, with small, but well-targeted sums. At first glance, it is difficult to point out the benefit they seek from cutting the checks, but chances are it’s there just waiting to be cashed. There are many examples and Amazon is only the most recent. Last July, IBM announced it was granting Notre Dame $20 million to establish an ethics lab and last year it was exposed that Oxford University received 17 million GBP from Google, in part to fund research into the ethics of AI and the public responsibility of tech companies. Facebook, in turn, launched a giant campaign to fund 60 research projects across 30 institutions to examine the impact of social media on democracy and at the same time donated $7.5 million for the establishment of a computer science ethics center in Munich. Earlier this week a study by a researcher at the University of Toronto revealed that more than half of the faculties dealing with AI at four leading universities receive funding from large tech companies, including Alphabet, Amazon, Facebook, Microsoft, Apple, Nvidia, Intel, IBM, Huawei, Samsung, Uber, Alibaba, Element AI, and Elon Musk’s OpenAI. Moreover, not all donations are transparent. Last July, the New York Times revealed that the Global Antitrust Institute, a part of the Antonin Scalia Law School at George Mason University in Fairfax, Va., which often host regulators and judges from all over the world at its functions, has received over the years donations from Google ($500,000), Amazon ($225,000) and Qualcomm ($2.9 million). Those sums may be small compared to the huge amounts available to the tech giants, but for research institutes and universities they are substantial, especially compared to the government grants they compete fiercely over. In such a way, with minimal but precise contributions, the tech giants purchase access and influence over the shaping of the collective knowledge surrounding such critical subjects as competition, ethical technologies, and long-term social and political impact.

Even though the tech giants are buying influence over social issues that are of critical importance, their relationships with research bodies are nearly free of critique, mostly due to the fact that there are no set rules to protect scientific integrity in such situations. There is no question that technology companies should take part in the discussion over the shaping of the regulatory environment and the ethical frameworks within which they develop new technology and one can’t ignore the two-way flow of people from companies to independent research institutes throughout their careers or completely negate its reciprocal impact. But these bodies, both the tech giants and the research centers, must conduct the dialog in a transparent space, uncorrupted by the money various stakeholders have spread around.

Big Oil and Big Tobacco and now Big Tech too all operate within the limitations of the law, and the money they pour in is all permitted. But when the research bodies are seduced into taking their money, they cast a shadow on the already elusive concept of scientific integrity. No matter how much academic freedom the donors promise, when money is involved there is always a way to pressure the researchers into serving financial interests.