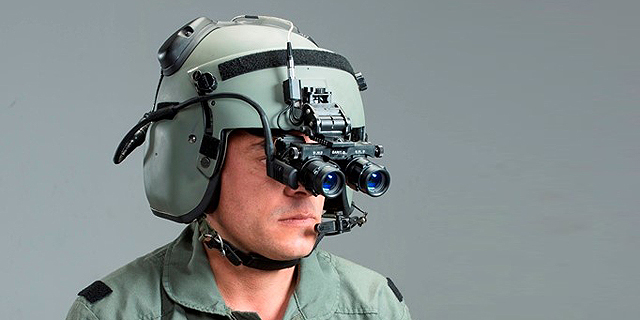 Elbit Systems Ltd. has secured a $50 million contract to produce spare parts to support the U.S. Army’s Aviators' Night Vision Imaging System’s Head-Up Display system. The contract will be carried out by Elbit’s U.S. subsidiary, Elbit Systems of America, LLC over a period of five-years. An initial order for $17.9 million was recently placed under this contract, to be supplied until 2023.

The ANVIS HUD is a day and night display system that connects to the helmets of Army helicopter pilots, allowing the pilots' heads to remain upright and looking out of the aircraft, with all applicable information presented in front of the pilots' eyes, instead of looking down or inside the cockpit to view information from various sensors. Elbit has already sold 3,000 such display systems to the various branches of the U.S. military. "Provisioning ANVIS HUD spares enables U.S. Army pilots to have the equipment available to support aircraft readiness. Elbit Systems of America has a long history of supplying the ANVIS HUD, and we are dedicated to continuing to supply these systems that aid performance, increase operator situational awareness, and ultimately warfighter safety," Raanan Horowitz, President and CEO of Elbit Systems of America said in a statement. Thursday’s announcement follows two other deals closed by Elbit since the start of October. Earlier this week, it announced that its U.S. subsidiary won a $35 million five-year contract by the U.S. Naval Supply Systems Command (NAVSUP) for the repair of line-replaceable units in support of the V-22 aircraft and last week it announced a $33 million contract to supply tactical radio systems to a military customer in Asia-Pacific.