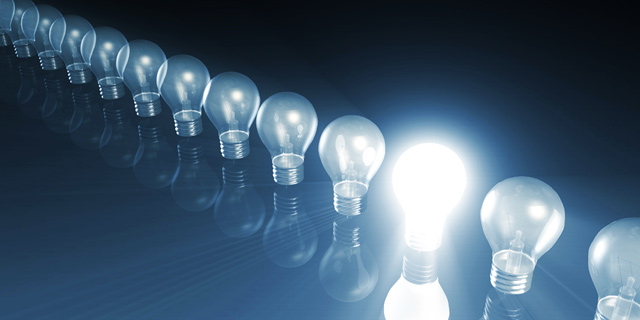 When it comes to startups, it’s not wise to get too attached to your initial idea

When I worked as vice president of digital projects at MTV Networks in New York more than a decade ago, one of my best friends was a guy called Damien who was responsible for developing new shows for the channel. Because of our mutual affection for sandwiches, we used to meet pretty often for lunch at the Starlight Deli across the road. While vigorously chewing, we used to update each other on work, life, and things in general. Mostly we’d complain about how draining our jobs were and how we would be happy to trade roles. While I used to complain about my managers who didn't understand that the future was in digital platforms and kept viewing my department as an afterthought to the television channel, which was the main product, Damien complained about the opposite problem. Since his job, developing new programs, was at the core of the organization, everybody would constantly interfere in his decisions, put intense pressure on him, and in general were sure they could do the job better. “The most absurd thing,” he once explained to me while wiping the remains of the barbecue sauce that dripped on his tie, “is that I'm just responsible for filtering the initial ideas. The idea, at the end of the day, has very little impact on the show's chances of success.” It was strange hearing that from the man who determined the fate of some of the world's most successful television shows back then, and someone who was usually awarded admiring glances from passersby in the hall, not to mention glossy profiles in magazines, and a bloated salary. 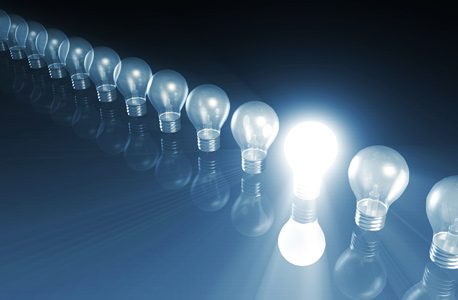 When it comes to stratups, having a bright idea is only the beginning. Photo: Bigstock

I'm reminded of Damien’s statement whenever somebody turns to me excitedly to tell me they have an “idea for a startup that will change the world.” Sometimes the ideas people raise are interesting, but people tend to think that if they came up with something they're already halfway to the exit, and that now all that's left is to find some experienced manager, raise money, hire programmers, do a bit of PR and marketing, and all of a sudden we're on the way to Wall Street. In effect, the idea behind the startup is usually only of secondary importance, just like Damien taught me about television shows while chewing his chicken and bacon BBQ sandwich. Nearly every initial idea behind a successful startup company has already been tried and failed. Before Facebook and MySpace, there were other social media companies that quickly closed their doors. Shutterfly and Flickr were part of the photo-sharing world that disappeared after Instagram was born. There is a huge pile of search engines buried in Google’s back yard. The fact that a team of entrepreneurs was able to beat the odds and launch a successful startup has a lot more to do with their management skills, the quality of their personnel, and a bunch of variables that are completely independent of their actions (like unexpected market trends, the decisions of their competitors, or shifting fashions) than it does to a good initial idea. Moreover, there is usually very little left of the original idea once you get to the finish line. We all saw in the movie “The Social Network” how the mighty Facebook grew out of an attractiveness ranking questionnaire sent to college students. Nokia which was the world’s leading telecom company for decades started out by producing rubber and toilet paper, Nintendo the company which (in my eyes) is the most inspiring player in the video game industry started out as a playing card manufacturing company. Part of what makes companies and entrepreneurs great is their ability to go with the flow, embark on a journey, get a feeling for what works and what doesn't, and adapt their vision and plans accordingly. A successful startup is usually a combination of the ability to stick to the vision, even when encountering difficulties, on one hand, and on the other hand to be flexible enough to identify opportunities and change plans in real-time. A startup is like a journey with no set destination or path. You take off in a certain direction and start navigating according to the terrain hoping to somehow reach the destination, and not necessarily the one you were initially aiming for. “Why then when we meet investors do they grill us for weeks about the idea and its business feasibility if their experience tells them that in any case it will likely be dumped?” I am often asked by entrepreneurs. Well, the investors, if they're experienced investors, aren't really grilling you about the idea. It’s like how on a first date (if memory serves, its been 20 years after all) you don't really care about half of the conversation topics that come up. It’s just a way to accumulate time together, to assess your level of analysis, to get to know you, and gain more information about you. In the few times I invested in startups, I mostly cared about the people I was investing in and less about the product. It was important for me to see that the general field they planned to operate in was interesting and that the entrepreneurs themselves were determined and had a passion for it. In most cases, along the way the idea developed, the product changed, the business model ended up being different than what the earning predictions showed (if there even were earning models at such an early stage of investment), and most significantly - the reality in which the company operated two or three years later was completely different than the one that was predicted when it was first founded. Experienced investors will ask a lot of questions but not necessarily because they care about the answer to those questions, more because they want to get to know you and get a feeling for whether you have what it takes to succeed. Having recruited the initial team for our new company, we're now ready to embark on our journey and start developing the product. The first thing we wanted to make sure of with our new team members was that on one hand, they are excited about the idea, but on the other are flexible enough to accept changes going forward. Sometimes we're so enthralled by the idea that the realization that it'll probably change a number of times until it becomes an actual product makes us sad. But if it does change it's a sign that we learned and progressed and the new idea is better and more mature. What is the basic idea behind the new company I'm writing about every week? Patience, we'll get to that in one of the upcoming posts. Besides as you now know, it's just an initial idea so it’s probably not that important.