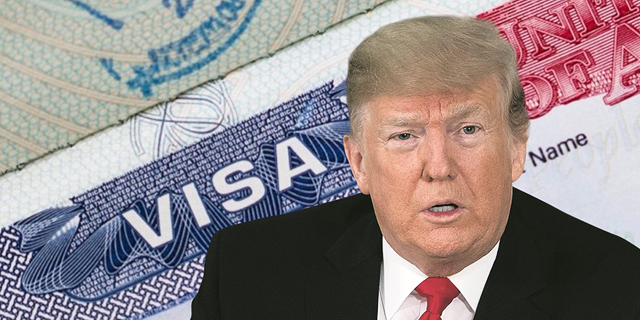 The Trump administration on Wednesday announced a rule that will likely curb U.S. companies’ use of skilled foreign workers, particularly in the tech industry, which officials said was necessary to protect American jobs amid mass unemployment triggered by the coronavirus pandemic. The joint rule from the U.S. Department of Labor and Department of Homeland Security will significantly increase the minimum wages companies must pay to workers enrolled in the H-1B visa program. It also will narrow the definition of “specialty occupations” eligible for H-1B visas.

The rule, which takes effect in early December, will likely face criticism from trade groups such as the U.S. Chamber of Commerce, who say the H-1B program is necessary because of a shortage of skilled American workers.

More than two-thirds of H-1B visa holders come from India, and they are disproportionately employed by tech firms, according to government statistics.

Kenneth Cuccinelli, acting director of Homeland Security, said in a call with reporters on Wednesday that the new rule was largely designed to deny visas to third-party contractors who provide workers to U.S. companies.

He said the contractors exploit loopholes in existing regulations allowing them to pay H-1B holders far less than their American counterparts.

“Companies have been incentivized to avoid hiring Americans or even lay off their own qualified, better-paid American workers and replace them with cheaper foreign labor,” Cuccinelli said.

Trump in June banned H-1B workers and some other visa holders from entering the U.S. through the end of the year, citing the economic crisis caused by the pandemic.

The Chamber and other business groups have sued the administration over the entry ban, saying it has created unnecessary hurdles for employers.