Deep down at the end of the document, the parties agree that mining of celestial bodies is legal under international law

This past week the U.S., Australia, Canada, Italy, Japan, Luxembourg, the United Arab Emirates and the United Kingdom signed the relatively terse Artemis Accords, a set of fairly vague acknowledgements regarding the future of space exploration. NASA has supposedly been working for some time, bilaterally with each of the signatories, to hammer out the details (or lack thereof) of the agreement. While Russia, which has been a longstanding U.S. partner in space exploration has not yet signed, NASA administrator Jim Bridenstine is hopeful that it will do so soon.

Artemis is the goddess of the Moon in Greek Mythology, and the accords seem interested, at least initially, in the upcoming similarly named US Artemis Lunar Exploration Program, set to resume manned missions to the moon by 2024. In addition to its immediate focus on the moon, the agreement supposedly further cements the principles agreed upon in the 1967 Outer Space Treaty and its progeny. Thus, the Accords—despite their broad, albeit superficial range of subject matter—seem to have a singular purpose: the signing of the bilateral agreements, which is a prerequisite for inclusion in those NASA manned lunar missions, is meant to create legal support for the mining of the moon and other celestial bodies.

While it is ironic that on the eve of the anniversary of 20 continuous years of human residence in space in the aptly named International Space Station, the U.S. seems to have gone it mostly alone in spearheading these bilateral agreements, it is understandable why that choice was made. NASA administrators have essentially admitted that while the U.N.’s Committee on the Peaceful Uses of Outer Space (COPUOS) is probably the best forum to determine what we can and cannot do in space vis-à-vis things like lunar mining and resource extraction, there isn’t time to wait for the consensus driven body to come to a determination, especially if diplomacy necessitates a sub-par determination from the U.S. perspective, which sees resource extraction from the moon as a necessity for future lunar bases.

While the issues of space mining are relatively new to Space Law, much of the other agreed upon language in the Accords reiterates long-standing customary practice, if not outright international law, as spelled out in the first four of the five space treaties, and as practiced by most space faring nations for the past half century. These reiterations include, for example, the obligation to register relevant space objects, as well as a reaffirmation of the obligation to assist personnel in space who are in distress.

Notably in the text of the new agreement, the term “astronaut” from the earlier space treaties was replaced with the more generalized term “personnel.” It is possible that this was intentional in light of the emerging reality that future space travel will include civilian tourists and other unconventional passengers that are not astronauts in the conventional sense.

Notwithstanding that particular appreciation that billionaires like Sir Richard Branson’s Virgin Galactic will be playing an increasingly important role in space travel, there is little other acknowledgement, if any, that much of the space exploration beyond Branson’s sub-orbital tourist flights, will also be private in nature. 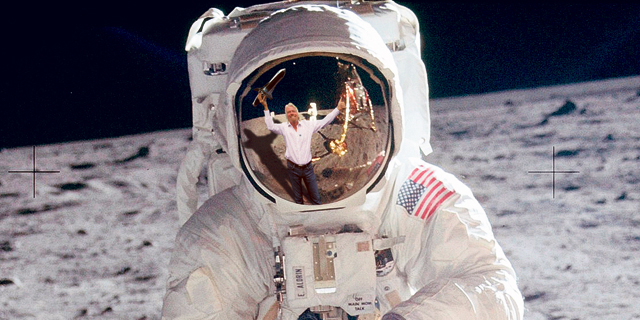 In fact, the only outright acknowledgment of the increasingly central role of private space actors seems to be a small carving out of a data-sharing exemption for those private actors. That’s it. It is even unclear as to whether the lack of other private actor carve-outs in the rest of the document imply that there are none, and whether the private sector is equally bound to them, or is simply not part of the deal. The latter seems more likely.

One especially interesting aspect of the treaty is the obligation to preserve older landing sites as the shared heritage of mankind, as if the bags full of astronaut excrement that were unceremoniously dumped on the moon have some sort of sacred value. But this has been the goal of a number of non-governmental organizations for some time, so it is no surprise that it finally made it into a multinational document. In a similar vein, regarding the protection of the space environment, the last two substantive, albeit short and vague, paragraphs, have the parties agree to tackle one of the biggest issues in outer space —orbital debris, aka space junk. Clearly, the Accords distinguish the space junk that we left on the moon, and is now protected under the Accords, from the orbiting space junk that needs to be taken out with the trash.

The most surprising part of the Accords, however,was the none-too-subtle burying of the lead. Deep down at the end of the document, the parties finally agree to the aforementioned primary purpose of the document: that mining of celestial bodies is legal under international law, and that countries have the right to carve out ‘safety zones’ seemingly akin to the exclusive economic zones of the sea that protectsprivate and national interests far off shore.

The contentious issue of space mining has been bouncing around (like a lunar astronaut in an eigth of Earth’s gravity) for some time. The Outer Space Treaties are somewhat ambiguous on the subject. They clearly state that space is the “province of all mankind” and that national appropriation is discouraged, but it is not clear whether that means you can’t extract any resources at all. For example, the Antarctic Treaty System, which similarly regulates the nearly as remote Antarctica, had to specifically spell out a ban on mining, as it wasn’t deemed clear enough from the other texts of the treaty.

Another inhospitable location, the deep sea, is also considered a universal resource, and like Antarctica, we are allowed to extract fish from the deep sea. Moreover, deep sea laweven allows for the extraction of minerals under international law, although none have been extracted yet. To some degree, the U.S. is attempting to create the same understanding for space with the support of a handful of other international actors.

At least two countries, the U.S., in 2015 under President Obama, and Luxembourg, in 2017, and perhaps, most recently the UAE, already have laws that provide for the extraction of minerals from extra-terrestrial bodies. The signing of these new accords simply further concretize this U.S. understanding of international space law in the Artemis Accords. This U.S. understanding of the law could become settled law, especially if other nations do not oppose NASA’s mining activities on the moon.

To get the ball started early, in September NASA transparently offered to buy extracted moon regolith from private companies in an effort clearly designed to set precedent to further bolster their pro-mining position in international law. NASA is hoping that nobody makes an international fuss when that happens.

Maybe this lucrative commercial opportunity can help finance the next Israeli moon shot and provide some much needed financial support for the growing Israeli civilian space industry.