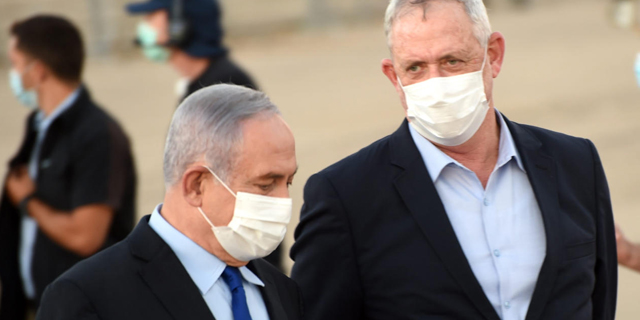 A festering government crisis over passage of a national budget could push Israel into its fourth election since mid-2019, further straining an economy hard hit by the coronavirus pandemic. Crunch time is approaching: Prime Minister Benjamin Netanyahu's bickering coalition, patched together in May, has by law until Dec. 23 to pass the 2020 budget, a move held up by political stalemate and successive national ballots. 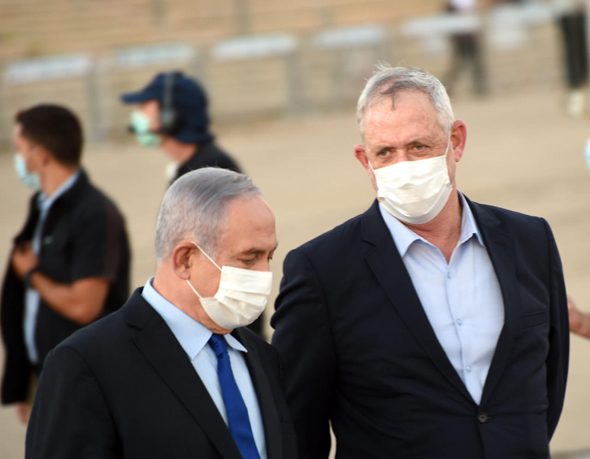 Failure to do so by the deadline would automatically trigger an election that both right-wing Likud leader Netanyahu and his main governing partner, centrist Blue and White party chief Benny Gantz, insist they do not want. Yet, Gantz wants a 2021 budget passed in tandem, saying it would speed up Israel's economic recovery and is demanding real progress be made soon. "It's either a budget or elections," he told Ynet TV last week. Netanyahu says that with the December passage date fast approaching, working out the details of such a longer-term package now was impractical. It's a game of thrones, political and economic commentators said, with a budget crisis a potential means for Netanyahu to hold a new election and scupper a "rotation" pact under which he would hand over the premiership to Gantz in November 2021. Rating agencies have cautioned that further budget delays would raise concerns about Israel’s ability to implement prudent fiscal policies and could affect credit ratings. Two national lockdowns to lower Covid-19 infection rates have dealt heavy blows the economy, already in recession and set to contract for the first time in two decades, with unemployment now above 12%. "We've been giving the government the benefit of the doubt and expect some reasonable medium-term fiscal consolidation action -- steps taken by the government," Karen Vartapetov, a sovereign ratings director at S&P, told Reuters. S&P is carrying out a review of Israel’s rating next month and Vartapetov said all options were open, including no ratings action, an outlook downgrade to "negative" from "stable" as well as a ratings reduction. Bank of Israel Governor Amir Yaron has urged Netanyahu's government to accelerate the 2021 budget, saying last week on Army Radio that it could be completed in December. While the budget battle plays out, Momi Dahan, a Hebrew University economist, said concern over "amateur management" of the economic crisis could weigh on investors and consumers.

Three top finance ministry officials have already quit, in a sign of frustration over the budget bickering. Israel is still using a pro-rated version of the 2019 budget. The power-sharing accord between Netanyahu and Gantz stipulated Israel would pass a biennial budget for 2020 and 2021 - a de-facto insurance policy for a smooth transition of power. But with Netanyahu's trial over alleged corruption, which he denies, due to resume in January, a fresh ballot next year could delay proceedings. A renewed mandate gained by Netanyahu at the ballot box might help supporters promote legislation to freeze his trial. "Forget the pandemic, forget the economy, forget everything. Netanyahu wants to survive," said Reuven Hazan, a political scientist at Jerusalem's Hebrew University. "We're basically in the hands of one person." But another election soon would be risky for Netanyahu, even as he hails the economic potential of agreements on formal relations with United Arab Emirates and Bahrain. "The budget by nature is political. But it's normally political with a sense of responsibility," said former Bank of Israel Deputy Governor Nadine Baudot-Trajtenberg. "Now it's political with no sense of responsibility. And that's what's so worrisome." A spokesman for Netanyahu declined to comment and a Likud spokesman did not respond to a request to comment. Street protests calling for Netanyahu's resignation have become commonplace. Opinion polls show only about 30% of Israelis believe he has handled the health crisis effectively, while Likud may lose a quarter of its parliament seats in an election. 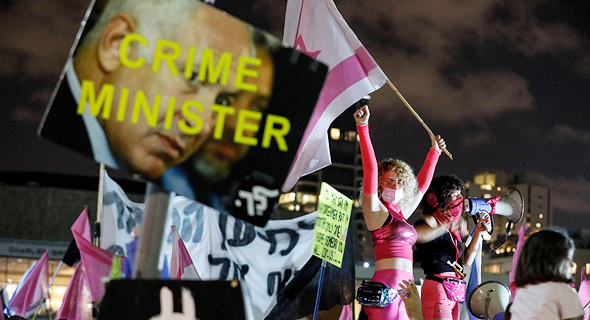 Gantz has said Blue and White could quit the coalition and dissolve parliament if the crisis is not resolved, despite surveys showing weak support for his party in an imminent election. Netanyahu, who has spearheaded free market reforms for nearly two decades, denies any ulterior motive in budget policy. "I have always worked for the benefit of Israel's economy, many times against no small experts and I was always right," he said on Saturday.