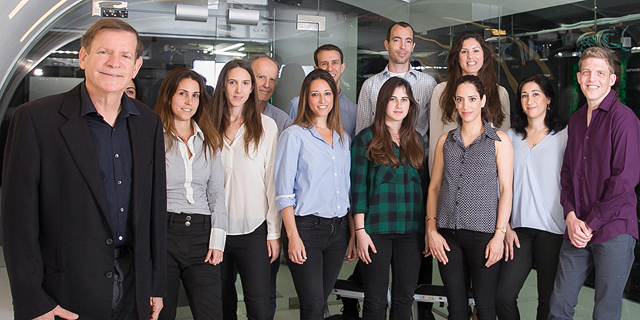 Israeli tech is known for its generous salaries and the plush working conditions offered to employees, but the actual big money is in the stock options handed to workers. Offering options to employees isn't unique to the tech sector, but the big exits and meteoric growth of companies have made it especially crucial for employees and a significant clause in their contracts. The big competition for expert employees or 'talents', results in companies boasting of the options they offer their employees. Data storage company Infinidat Ltd founded by Moshe Yanay is one such company, but a lawsuit filed last week describes a company that broke the most important rule in handing out options - systematically and steadily diluting the employees' holdings in the company behind their back. Twenty-nine Infinidat employees, both past and present, are suing the company and its investors on the claim that the shares they are entitled to were diluted in a breach of contract. Among those being sued are founder Moshe Yanay, Goldman Sachs, and the entire board of directors. The lawsuit was filed by attorneys Yaron Alon and Adi Bar-Adon from Horovitz, Even, Uzan and Co. law firm. The plaintiffs are owners of Class B shares in the company, who according to the contract they signed, are only designated for employees and company advisors. According to the lawsuit, the company's statute from 2009 states that "Class B shares will always receive the first 20% of recompense and rights in the company in the case of an acquisition, without the possibility of dilution by anyone who isn't an employee or advisor." The employees claim that this is an exceptional clause in the tech sector and it was presented to them as such for years.

However, this past June, following a funding round, the plaintiffs discovered that over the past five years the company had violated their rights on several occasions. Furthermore, they claim that Infinidat stopped reporting to the Israel Corporations Authority of the changes being made to shareholders in order to cover up at least three cases, in which the statute was changed and their shares were in fact diluted.

The value of options given to tech employees is determined by several factors, including the class of the share, the option of diluting it and the use of preferred stock. Prefered stock can include voting rights or the right to sell shares, but also priority in the distribution of profits. Each new funding round usually creates stock that is prioritized over the previously existing stock. Investors can demand, for example, to receive priority in the return of their investment, to receive guaranteed interest on their investment in the case of a failure and so on. The more desperate the company is desperate to close a new investment, the more it is willing to compromise on the terms. However, most of the time those who have their shares diluted are firstly the founders. The plaintiffs described a scenario in which those who suffered most of the damage from the addition of new investors were the veteran employees who own Class B shares.

The plaintiffs claimed that during Infinidat's most recent funding round in June 2020 (the size of which wasn't revealed and included an investment by Yanay), the registered capital of Class B shares was increased. They suggest that this was done for two reasons: "To allow an anti-dilution mechanism for two companies (Claridge Israel and ICP), who probably invested in the company in return for Class B shares and are meant to hold 54% of Class B shares in any situation," and to issue thousands of new Class B shares for the company's employees. The latest funding round was completed after Yanay had announced his retirement from Infinidat, but a source close to the company told Calcalist under the condition of anonymity that Yanay was pushed out by investors due to claims of poor management: "The company put about 100 employees on leave without pay in March and several dozen were ultimately fired." Shortly before the funding round, the source said employees were told that Infinidat isn't in a good position and that the round is required in order to keep it active. After the round, they were told that the company has now recovered. Yanay himself, the lawsuit claims, used to continually promise his employees that their shares will never be diluted. Some of them described how Yanay, an ameatuer pilot, used to convince new employees to join the company by taking them on a flight above a luxurious seaside community called Arsuf, promising them that one day they will be able to purchase a home there. Infinidat is an established and well-known company in Israeli tech. Yanay (71) has until now held an exceptional reputation and is regarded as a world export in the data storage sector. He has many patents under his name and is considered to be the person responsible for the main development of data storage company EMC (currently part of Dell) which turned it from a company worth tens of millions of dollars into one valued at hundreds of millions. In an interview to Calcalist in 2018 he boasted that Infinidat is valued at $1.6 billion. Prior to the latest funding round, the company had raised over $325 million in total, a massive sum by Israeli standards. According to the lawsuit, the dilution of shares first reached the employees as a rumor and later also in discussions with middle-level management members. In 2018, employees were told that the value of a share is $1,290. In the scenarios presented to the employees following the latest round this past June they were told that "whoever holds Class B shares and no longer works for the company will have their share diluted so that it would be worth one thousandth of its former value...and that current employees will be offered a new option program (combing a new class of shares with a new maturation process) that would be worth 6% of the previous value of their holdings." Sources close to the company told "Calcalist" that these scenarios led to a wave of departures by veteran employees. It is estimated that several dozen employees in all have left the company over recent months. At its peak, Infinidat employed 500 people, but people close to the company say that this number has decreased significantly over the past year. infinidat employs less than 400 nowadays. Infinidat said that it is currently recruiting 25 new employees in Israel and plans to recruit 50 employees in Israel and 40 worldwide over the next year. According to the plaintiffs, they never received written notification of the changes, and they mention in the lawsuit six different approaches made to the company and its registered shareholders that went unanswered. The plaintiffs also claim that the fact the company stopped reporting to the Israeli Corporations Authority shows that it made a conscious decision to hide the information from the employees and the public. The plaintiffs are demanding that the court orders the company to cancel the changes made to the statute since 2014 and to report to the employees on any changes in the share allocation and to resume to consistently report to the Israeli Corporations Authority. Infinidat wrote in response to the claims: "The claims and the sought remedies in the lawsuit filed by a group of employees is baseless. These are former employees who benefitted from excellent working conditions and a large portion of them also benefited from the sale of certain holdings they had during a period in which it was possible. The company can only regret that people who benefitted from the company and its activity have chosen to sue it with an idle claim the goal of which is to cause the company damage and to place invalid pressure on it. This is all being done in an attempt to receive benefits they aren't entitled to. A detailed response will be filed to the court shortly, and the company is certain that the plaintiffs’ claims will be rejected and that they will also have to bear the results of the damages and costs they are causing the company."