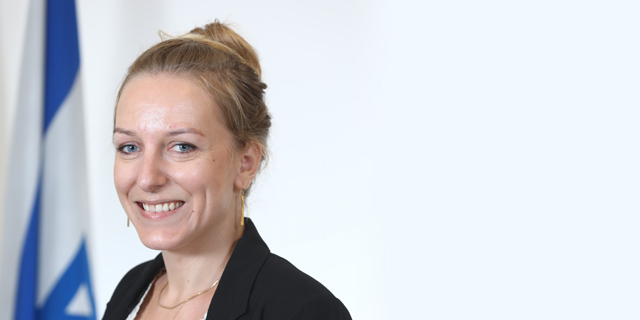 The prices there may be lower, but India’s sheer market size makes it worth it for Israeli companies, says Israeli trade rep to New Delhi

India is regularly ranked among Israel's top-10 trade partners, but that doesn't mean doing business with companies from the sub-continent is straightforward. One of the major issues frustrating many Israeli companies, often to the extent that deals fall through as a consequence, is the time it takes to do business in India. The local business culture is nowhere near as fast as that Israelis are used to, and those gaps can sometimes end up becoming insurmountable obstacles. However, the Covid-19 pandemic may be helping to change that. The fact that for several months meetings are no longer being held in person and have moved online has not only saved travel costs for companies, but has also made the entire process more effective, and in many cases in India, also significantly shortened the time of doing business. Natasha Zangin, the head of the Economic and Commercial Mission at the Embassy of Israel to New Delhi, is experiencing this first hand and believes it could be a positive consequence of the coronavirus crisis. "The challenge presented by Covid-19, it has also brought with it many opportunities. One of the most significant opportunities, in my opinion, is the shortening of the time it takes to do business here," Zangin told CTech. "If in the past companies had to travel here to physically hold meetings, today they can be done over Zoom. The Indian companies have adopted the digital platforms and it is quite easy to set up introductory meetings. The Indian market is hungry for innovation and they view Israel as a hub for innovation and want to learn more about these technologies and the way in which they can integrate them. They are open to meeting online and this has resulted in more meetings than in the past."

Natasha Zangin, the head of the Economic and Commercial Mission at the Embassy of Israel to New Delhi. Photo: Gideon Sharon

Zangin began her role in Delhi only last month after several years working for the Ministry of Economy and Industry’s Foreign Trade Administration, including in the Trade in Services and Investments department.

"I knew what I was getting into, but relocating is challenging at any time and especially during a pandemic," she said. "When we told people we would be going to India some raised their eyebrows in surprise and asked if it isn't dangerous and if we aren't scared. That is understandable considering India is ranked second in the world in the number of confirmed Covid-19 cases. That is obviously not encouraging, but when you come here you see that matters aren't as scary as they seem from afar. The economy is working and the country is functioning." India reported on Friday 48,648 cases of Covid-19 and 563 related deaths over the previous 24 hours, taking the country’s tally of cases to 8,088,851, second only to the U.S. The total death toll in the country climbed to 121,090, third in the world behind the U.S., and Brazil. A remarkable 1.1 million tests have been conducted daily on average during the past six weeks according to the local health ministry. The economic toll has also been extremely high, with the International Monetary Fund's (IMF) World Economic Outlook (WEO) report from earlier this month projecting that India’s GDP will contract by 10.3% in 2020. But it also predicted India’s GDP would rebound by 8.8% in 2021, something Zangin believes should encourage Israeli companies to come to the country. "India is a very significant market for Israeli export, with 3.5% of all Israeli trade being done with the country," explained Zangin. "There are plenty of opportunities here but this is a market that requires composure and patience as processes here are slower than what Israelis are used to. The market here is also very price sensitive. The prices here, especially in regard to Israeli tech, are lower than what companies are used to and they need to take that into account and make the right adjustments. On the other hand, the size of the client base you can reach here is massive. Another important aspect is to make a good first impression. The first meeting is very significant, even if it is being held on Zoom, and Israeli companies need to be ready and know what they are planning on saying and presenting. A good first impression can be crucially important later on." Zangin elaborated on some of the sectors that present Israeli companies with the best opportunities but stressed that above all else the magnitude of the Indian economy and Israel's reputation in the sub-continent make it a destination almost every Israeli company should consider. "The medical equipment and digital health market here is massive and is estimated at $11 billion. The government plans to invest 2.5% of the GDP in this sector by 2025 and this presents a huge opportunity for Israeli companies. The medical sector as a whole is expected to reach $280 billion next year. In addition, 16.5% of India's GDP comes from agriculture and they are looking for innovation in places like precision agriculture and solutions for post-harvesting," noted Zangin. "The important thing to know about India is that the government's goal is to innovate manufacturing in the country. A lot of the processes here are still being done by traditional methods and they want to adopt advanced technologies instead. That is something that is relevant across all sectors. It is important that Israeli companies that are considering entering this market aren't deterred by Covid-19 because there are so many opportunities here."