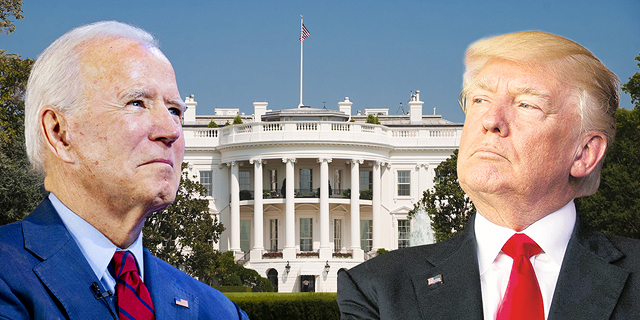 For Israelis in the California tech community, the choice is between Trump who is seen as good for Israel and Biden, who is less off-putting

Four years ago, the day before the last presidential elections, I spoke with three non-Israeli Jewish friends: one, a former AIPAC lobbyist in Washington DC, the other an associate of then-Democratic candidate Hilary Clinton, and the third a senior pollster at a multiple billion-dollar research company. All three told me more or less the same thing: ‘read our lips! Donald Trump will not be elected.’ I challenged them, asking, how do they measure the uncounted, those who don’t respond to polls but vote for Trump? They stared at me with a bewildered look, as if to say ‘what do you want?’ It was those very same uncounted voters who made the difference then and sent the liberals home to ponder what went wrong.

Four years later and the U.S. is not the same country it was. The divisions are wider than they have ever been or at least for as long as anyone can remember (except for those who lived through the 1960s). The past year has seen race riots, a fringe conspiracy group like QAnon gain immense popularity and nominate a representative for Congress, a Supreme Court that has become a battle arena, the coronavirus pandemic that transformed from a deadly plague into a political rally cry, leaving in its wake millions of unemployed on the one hand and a record-breaking stock market on the other. 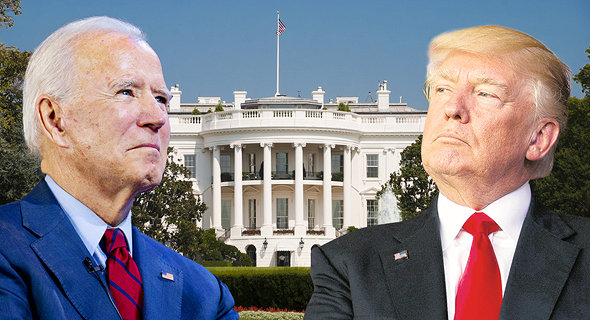 Two weeks ago an investor told me that he’d never invest in an entrepreneur who supported Trump, “I don’t care what their exit potential is, we simply don’t share the same values.” I have also heard such statements, completely negating Democrats, from people on the other side. The hatred between the camps here reminds me of that in Israel and I’m not sure whether bringing about unity in the U.S. will be harder or easier than in Israel. This week, I reread the book first published in July by Jordan Blashek, who was an investment manager at my fund four years ago (and today is the director of impact investments at former Google CEO Eric Shmidt’s fund). Jordan, a Republican and former U.S. Marine, together with Christopher Haugh, a liberal Democrat, published a book called Union - A Democrat, a Republican, and the Search for Common Ground. It is a travel log the two partners took over three years and across 44 states searching for something that could bring people together in such a polarized country. Though the book details just how divided the U.S. is, it also leaves room for a lot of hope. These days, every flash of hope produces a best seller, and in the case of this book, it did too. The hope derives from a desire for non-political change. More and more people feel like none of the candidates truly represent them. As a contractor I spoke to last week, and who lives in a small town just two hours away from my home in Silicon Valley, told me, “it’s us against them. It doesn’t matter whether it’s Trump or Biden.” Who do you mean? I asked him. “Them is the people in Washington, us is the people. Our ancestors founded this country and fought the War of Independence to free ourselves from the British’s taxes. Instead of Britain, we became the subjects of Washington. We have to break free from them.” Who will you vote for? I asked. “Listen, nobody is even counting my vote. I voted for Trump before it turned out that he paid $750 in taxes while I pay $40,000. We don’t vote. We are going to fight against those who don’t care about us, and we, at the end of the day, are the majority.”

Simultaneously, and seemingly in a different universe—despite the realization that these are likely the most significant elections to shape America’s future—Silicon Valley is in a state of near-apathy. There is no scent of elections in the air. The streets are empty. There are no campaign banners (the candidates don’t want to waste money on a state and a district where the outcome is predetermined). There are no armed militias wandering about and even the voting station organizers are pretty calm since most of the voters have already voted through the mail. Silicon Valley, which is usually a bubble unto itself, remains that way now too, apart perhaps for a few more Black Lives Matter signs posted at the entrances to some Los Altos or Atherton mansions. This is not Florida, Pennsylvania, or Michigan, where the elections will be determined.

In Israel, Facebook is the main arena where political camps clash. Here, even Facebook is quiet, with the occasional post on Trump or Biden among the posts about sugar-free ice cream and schools reopening. Alon Matas, the founder of BetterHelp and an Israeli living in the valley, took the initiative of translating into Hebrew the local proposals that are on the ballot (mostly pertaining to property tax, school-related proposals, and the like) the effort did little to stir up the drowsy Israeli community. The Israelis in the valley fluctuate between feeling that Trump is good for Israel and bad for the U.S. and fondness for Biden and his running mate Kamala Harris mixed with concern over the Democratic Party’s extremist elements. When it comes to the Jewish Americans I speak to, the answers are more clear cut. In San Francisco, the liberal perspective overcomes the attitude that Trump is good for Israel. Almost everyone I know is voting for Biden, and even those who vote Republican are worried about Trump. Support for Biden is very high among people in the tech community. But in these elections, for the first time, I am encountering people who are abstaining— people who, as we say in Israel, chose to put a blank note. Trump may nauseate them, but Biden, who plans to raise taxes that will impact them, is no less scary to them. “I only vote for local offices,” a friend of mine who used to be very active in one of the parties, told me. The elections themselves, despite fears of anarchy, disruptions, and maybe even riots and sabotage, will likely be held as usual, but it is clear to all that whatever the results are on Tuesday, it won’t be the end of the story. America will continue to look inwards in the coming years and many don’t rule out the possibility of another civil war. Oded Hermoni is a managing partner of J-Ventures which invests in tech companies in Silicon Valley, New York, and Israel.