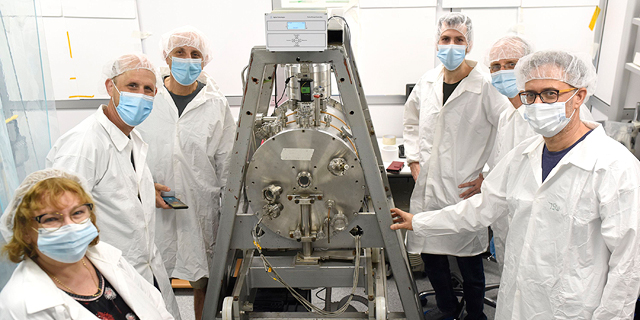 The small satellite, which was designed and constructed in Israel, will measure cosmic radiation around the Earth

Nanosatellites are quickly becoming a preferred method to launch objects into space due to their miniature size and relatively low cost to produce. Tel Aviv University also gravitated toward the goal, by designing and constructing its own satellite which will be launched into space soon.

The TAU-SAT1 satellite is of the CubeSat variety, which is no bigger than a shoebox. It was the first satellite designed by the school’s new Nanosatellite Center, and involved collaboration between various departments, including the Faculties of Engineering and Exact Sciences along with the Porter School of the Environment and Earth Sciences. TAU-SAT1 has a long mission ahead; first it will undergo pre-flight testing at the Japanese Space Agency, then it will be shipped to the United States where it will “hitch” a ride on a NASA and Northrop Grumman spacecraft filled with supplies that are bound for the International Space Station (ISS) in early 2021. When it reaches the ISS, TAU-SAT1 will be deployed into a low-earth orbit, some 400 km (250 miles) above our planet. 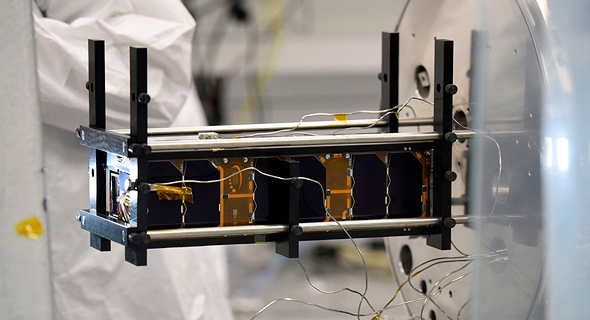 The nanosatellite will measure cosmic radiation—which is emitted from the sun and distant celestial objects, such as galaxies—and can potentially harm astronauts and damage other satellites. It will also conduct various other experiments in space. "We know that there are high-energy particles moving through space that originate from cosmic radiation," said Dr. Meir Ariel, director of the Nanosatellite Center. “Our scientific task is to monitor this radiation, and to measure the flux of these particles and their products. Space is a hostile environment, not only for humans, but also for electronic systems. When these particles hit astronauts or electronic equipment in space, they can cause significant damage. The scientific information collected by our satellite will make it possible to design means of protection for astronauts and space systems.” He added that the satellite will conduct other experiments as well, some which were developed by the Space Environment Department at Israel’s Soreq Nuclear Research Center. The nanosatellite will orbit the Earth at some 7.6 km per second (4.7 miles per second), completing an orbit around the Earth every 90 minutes. The university has constructed a satellite transmission receptor station on the roof of the engineering faculty building, which will allow scientists to collect data from the nanosatellite via antennas. The nanosatellite will pass over Israel four times a day, each window lasting no more than 10 minutes.

The R&D team stand in front of the nanosatellite. Photo: Tel Aviv University

Dr. Ofer Amrani, head of the miniature satellite lab, lauded the satellite, explaining that it will be used to relay information for other radio communications worldwide, and is expected to remain in orbit for several months. “Because it has no engine, its trajectory will fade over time as the result of atmospheric drag – it will burn up in the atmosphere and come back to us as stardust,” he said.

The school hopes that this launch will pave the way for others in academia to join the new space revolution, and send other objects into space without necessarily being part of a professional space agency. Researchers are hoping that this momentum speeds up, and creates more opportunities for engineers to assemble smaller satellites at a fraction of the cost.