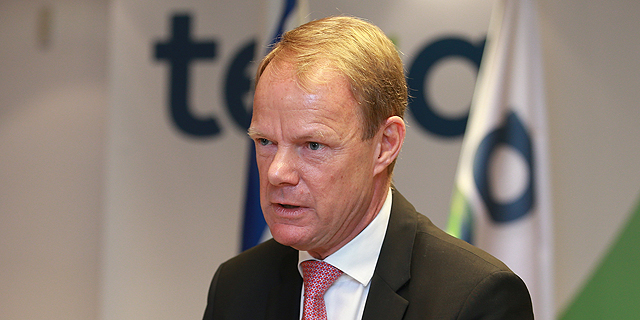 Israel-based Teva Pharmaceutical Industries reported quarterly profit in line with expectations but lowered its 2020 revenue forecast on lower demand for some products as fewer people are going to hospitals and doctors during the pandemic.

Shares in the world’s largest drugmaker fell 7% in early New York trade on Thursday as the group also cut its 2020 revenue outlook for its migraine product Ajovy by $50 million to $200 million. Teva earned 58 cents per diluted share excluding one-time items in the July-September period, unchanged from a year earlier and bang in line with analysts' forecasts. It revised its 2020 forecast to adjusted EPS of $2.40-$2.55 and revenue of $16.5-$16.8 billion. Its previous outlook was for EPS of $2.30-$2.55 and revenue of $16.6-$17.0 billion.

The lower revenue range reflects the impact of the pandemic on customer purchasing patterns, it said in a post-earnings conference call. “We would like to see them higher,” CEO Kare Schultz said, adding there were indicators of strong growth next year. Ajovy lost traction to competitors early this year due to a delay in the launch of its autoinjector.

Quarterly revenue fell 3% to $3.98 billion, mainly due to lower sales of generic drugs, over-the-counter products and its branded multiple sclerosis treatment Copaxone. This was partially offset by higher sales of Ajovy and its Huntingdon disease treatment Austedo. Schultz said he hoped the drug market would return to normal volume in the fourth quarter. “People are getting more used to some level of lockdown and that you can go to the doctor or pharmacy,” he told Reuters.

Teva’s shares have been weighed down by U.S. litigations, one concerning opioid drugs and the other price fixing charges filed by the Department of Justice regarding conspiring with competitors to raise prices of generic drugs. “We believe that in both these cases, we will eventually see a good settlement,” Schultz said, adding the company would not admit to any criminal acts while resolutions to the cases have been delayed due to the pandemic.