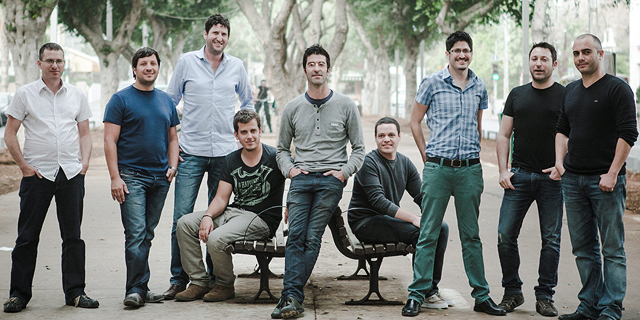 IronSource's annual profit is estimated at $170 million and CVC paid $450 million for a 25.7% stake in the company just last October

One of Israeli tech's giants, IronSource, is gearing up for an IPO in the first half of 2021. According to a source who spoke to Calcalist under the condition of anonymity, the formal decision to embark on the IPO is set to be approved by the board of directors in the very near future. Goldman Sachs is expected to be the underwriter of the IPO, which is likely to become the largest ever by an Israeli company on Nasdaq.

IronSource is targeting a valuation of between $7 billion and $8 billion. Viola Ventures, which owns 10% of the company, is leading the push to go public and is expected to sell a large stake of its holdings in the offering. Another option that is being considered by IronSource is entering the market via a SPAC, which stands for Special Purpose Acquisition Companies. However, the chances of that happening are very low. In such a scenario, the company that is acquired is merged into the SPAC and essentially receives the funds raised by the SPAC and a backdoor entry into the stock market without having to go through a public due diligence.

The high valuation of IronSource is surprising as it was just last October that Private equity firm CVC Capital Partners agreed to pay $450 million for a 25.7% stake in IronSource, valuing the company at $1.75 billion

CVC bought the holdings from several owners, including founders Tomer Bar-Zeev and brothers Itay, Roi and Eyal Milrad, who had held a 44% stake which was diluted to 32%. Viola Ventures had its 14% share diluted to 10%. The company’s other owners include Tal Barnoach's Disruptive VC, 83North, Leumi Partners, Saban Ventures and Clal Industries. The entrepreneurs behind SuperSonic, Gil Shoham and Arik Czerniak, which merged with IronSource in 2015, jointly hold a 1.6% stake in IronSource. The company employees own combined options reaching approximately 10% and they are also expected to take part in the IPO. Founded in 2010, IronSource had raised $120 million in total until the deal with CVC last year. IronSource's annual profit is estimated at $170 million and over recent years it has handed out dividends totalling more than $200 million. It may hand out an additional $100 million in dividends before the offering. IronSource is Israel’s largest web company and offers mostly monetization technologies for mobile applications. IronSource is based in Tel Aviv with 13 additional offices in San Francisco, New York, London, and Asia, and has 1,000 employees, 800 of them in Israel, and half employed in research and development. There are two main reasons for the recent jump in IronSource's valuation. The first is the surge in the prices of tech shares in general and in IronSource's sector in particular since the start of the Covid-19 pandemic. The second reason is the massive increase in people playing computer games, who are the end-users of IronSource's products. IronSource operates in the Adtech sector and has two main activity channels: digital and mobile. The digital channel initially brought in most of the income, with companies paying IronSource for each user who downloaded their software. The mobile channel was launched several years later, with companies integrating IronSource's technology in their apps in order to reach users with targeted advertising. The profit from this channel grew significantly over recent years and has gone on to become the company's main source of income. IronSource has also grown organically and via mergers and acquisitions that it made throughout the years. The biggest deal it was involved in was the merger with SuperSonic in a deal that valued the merged company at between $1.2 billion and 1.3$ billion. The 2015 deal saw SuperSonic receive $50 million in cash and IronSource shares valued at $150 million. SuperSonic's 250 employees joined IronSource and the merger created the largest private internet company in Israel in terms of employees, valuation and revenue.

The increase in the prices of tech shares has encouraged several Israeli companies to consider an IPO in 2021, including Monday.com which is preparing for a Nasdaq IPO in the first half of 2021 at a valuation of at least $3.5 billion to $4 billion. The most lucrative IPO of an Israeli company to date was achieved by Mobileye, which hit the market at a valuation of $5.3 billion in 2014.