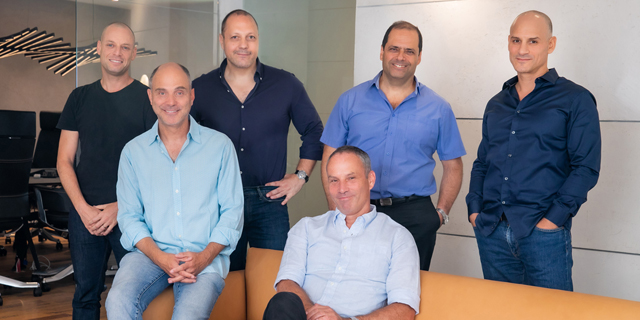 Israeli venture capital fund Peregrine Ventures announced its new growth fund, Peregrine Growth, which will invest in late stage life science companies. It completed its first closure of $101 million from local Institutional investors. The rest of the $300 million fund will be raised with backing from institutional investors and local and international family offices. Peregrine executives are currently involved in advanced discussions with additional Israeli institutional bodies for direct investments in the fund, as well as parallel investments in compliance with the Israeli Innovation Authority, which encourages investments by institutions who possess knowledge in the industry. The fund has estimated that it will finish raising the target capital within a year. In an interview with Calcalist, Peregrine Ventures managing-partner and co-founder Eyal Lifschitz spoke of the fund’s plans. “Since establishing our first fund, we have invested in several companies. We have companies at all stages, some on the cusp of an IPO or are deep in the sales stage. Many of our companies have passed their technological approval tests, and now require plenty of funding at high valuations. We’ve been managing late stage investments for a while already. Although we’re primarily known as early stage investors, that is no longer the case. Our main source of investments comes from global entrepreneurs and large corporations that we work with.”

“The life sciences industry presents many challenges. You often hear stories of companies failing, but there are several factors that influence a company’s success, and that’s why expertise in the field is crucial,” Lifschitz added. “Large companies are influenced by what the FDA chooses, and that’s why our relationships with major corporations are so important. It takes many years before a company’s product is approved by the FDA, and it’s important to understand that journey. We will invest both in companies that we haven’t invested in before as well as some that we’ve already invested in in the past.” Peregrine Growth will invest $20 million to $30 million per funding round, with a strong emphasis on companies that are on the verge of an IPO or M&A in sectors such as medical devices, pharma, and digital health. Peregrine Growth is Peregrine Ventures’ fifth fund, and first growth fund, and follows Peregrine IV, which closed in December 2019 after raising $115 million. Peregrine IV, like its predecessors, focuses on early and mid-stages life sciences companies. The performance of Peregrine's portfolio companies places the group's funds in the top quarter index that measure the performance of worldwide venture capital funds. Peregrine Ventures was founded in 2001 by brothers Eyal and Boaz Lifschitz, two entrepreneurs who have been building startups since the 1990s. The brothers co-founded the biomedical device companies Visioncare Ophthalmic Technologies and BioControl, and also led business efforts for companies including PharmaSys (acquired by Elan Corp.), and ECR (acquired by AVX Corp.). The firm is seen as a well-known investor in Israel’s medical, life science, and biotech sectors with a specific focus on medical devices. Over the years, the group has amassed partners Tamir Tal, Lior Shahory, David Eldar, and Tal Carasso. Peregrine has 10 successful exits totaling $2 billion under its belt, including the sale of Valtech and Neovasc, which were among the largest exits in the field of medical devices in Israeli history. Peregrine’s portfolio includes growth companies worth hundreds of millions of dollars apiece. The Peregrine management team invests in startups that are in demand, which the fund identifies as a result of its longstanding connections with large, worldwide, life science companies in the industry. This model allows Peregrine to build and grow many successful companies in the medtech field, including medical devices, biotech, pharma, esthetics, and digital health, with brands like Cordio Medical, Cartiheal Ltd., Memic Ltd., and Magento featuring in its portfolio. “During the coronavirus (Covid-19) crisis, the importance of funding healthcare technologies gained significance. There are more investments in the biotech, healthtech, and life sciences field that have created many new opportunities. Governments all over the world are aware that they didn’t invest enough in health and pharma technologies, and therefore we estimate that the field of life sciences will enjoy significant growth over the next decade. Institutional investors who have examined this trend are expected to set aside larger shares of their portfolio for life science companies.”