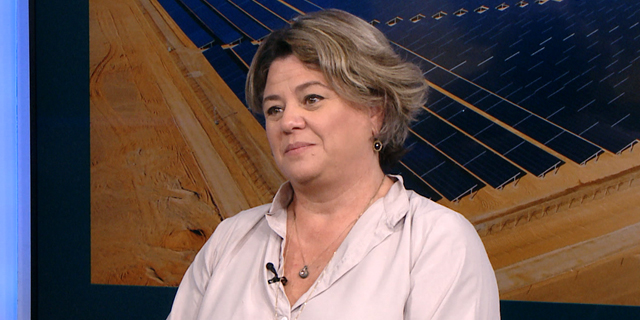 “This is a wonderful opportunity for the State of Israel to become a global power in green energy,” Dorit Banet, CEO of the renewable energy company Eilat-Eilot said during a panel about going carbon free at Calcalist’s Cleantech conference. “The world has been experiencing global warming since 1960, while the average temperature has increased by 1.2 degrees Celsius (34.6 degrees Fahrenheit) every year. This is a precise figure and proven fact,” Banet said. “The concentration of carbon dioxide in the atmosphere has passed the 0.4% mark, the polar ice caps in Greenland are melting, and world economic destruction has been caused through hurricanes, natural disasters - where insurance companies refuse to compensate victims - battles over natural resources like food and water, which the Western world doesn’t know how to deal with, scorching temperatures, and so on.”

“We have the ability and economic models to get out of this, but we just need to decide to put a plan into action. Changes could be made today, but Israel has discovered that it has natural gas, and now we’re in trouble. The world is abandoning natural gas, while we’re trying to make a business out of it,” she said. “The most dominant natural resource in Israel isn’t natural gas, it’s solar power. The electricity that solar panels generate is cheaper than oil and natural gas, but we are told that we can’t produce consistent electricity without gas. We’re warned that we’ll find ourselves sitting in the dark at night, and be cold in the winter,” she said. “This isn’t true, there are solutions and technological ways to store energy that allows us to be fiscally conservative and will meet the demand. We are told that without gas we won’t have energy security, or will be dependent on foreign countries, but the sun is ours, it can’t be ‘shut down’ for two days in order to pressure the electric company. What’s better than being able to produce our own electricity from every rooftop in Israel without being strategically vulnerable to enemy attacks?” “We also hear stories of how solar energy fields will take up too much room in an already crowded country, but that’s not true either. Some 60% of Israel’s energy can be covered by installing solar panels on roofs, placing coverings on parking lots, and on interchanges. We’ve also been told that the gas royalties will increase and fill the government’s coffers, but we can also generate more revenues from creating more startups,” Banet suggested. “We’ve been told that by 2050 renewable energies will enter the market in a big way, but climate change won’t wait for us until then. The window of opportunity that is before us is a small one. We can’t wait for the Israel Electric Company (IEC) to upgrade its system, we should be working on combining the interests of the private sector with business entrepreneurs. We needed to have a plan already,” she pointed out. “So what can we do to ensure that this happens? My plan sets a target to shift to 50% of power produced from renewable sources by 2030 and 100% by 2050. OECD countries have set similar deadlines. We must decide immediately on how we use energy or store it, instead of setting up new facilities and radiation releasing antennas,” she said. “We should start by setting up areas near Eilat and in the Arava Valley. We must build a big solar panel microgrid zone that will be managed and backed by the local authorities. It’s also preferable - that way the IEC won’t need to move large amounts of electricity. Manufacturers should be allowed to partner with authorities and share the costs of the infrastructure. A national roofing plan to install these panels should also be drawn up.” “In Israel, the plans are only to set up large solar fields, but rooftops are also a useful type of real estate. We must decide that public buildings in Israel should be considered as both an electricity manufacturer and consumer, we can turn electricity into a source of profit,” she said. “Aside from that, we must encourage the import of electric cars into the market. We must wean ourselves off of gas and pollution. Instead of engineering programs in schools that prepare the next generation of Chevron employees, we should start renewable energy academic programs in schools, so that future generations will learn its importance. We should not establish a gas pipeline to Eilat or advance oil infrastructures. Instead, we should empower those citizens who have been blessed by abundant sunlight to become energy independent by using solar panels. In Eilat-Eilot we have already done this: in hotels, malls, etc. we use 100% clean energy,” she said.