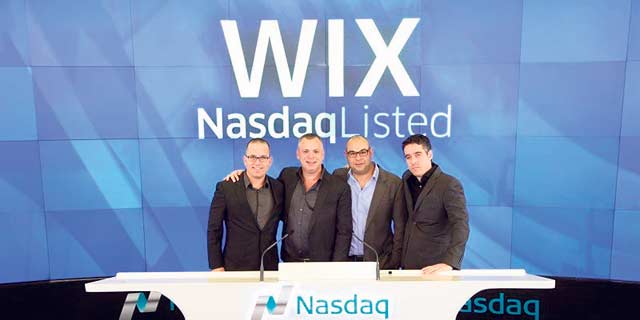 Wix revenue jumps, but so do its losses

The Israeli company which helps businesses build and operate websites ended the third quarter with revenue of $254.2 million, but losses reached $56.8 million

Growth in quarterly revenue, an increasing loss, and an upbeat estimate for the fourth quarter. The latest report by Wix.com, which helps businesses build and operate websites, is another testament to how much Covid-19 has benefited the company, including swift growth in the third quarter on the back of the massive move online by businesses due to lockdowns and economic closures across the world. It is no wonder then that Wix was one of the companies that suffered from the encouraging news regarding the development of the Pfizer vaccine, with its shares nose diving on Monday and Tuesday before rebounding with a 10% climb on Wednesday. The company's valuation is back at $15 billion, but it is still down 8% from the all-time high recorded in August. Wix President Nir Zohar addressed that issue in the company's statement and said that even though many economies opened up in the third quarter, the company is continuing to see a high demand for its solutions, which highlights a new approach towards an online presence. Avishai Abrahami, co-founder and CEO of Wix, added: "Businesses are using Wix more than ever before, and we are seeing them utilize our platform to not only help them create a website but also to support them as they manage their business and grow their brands." 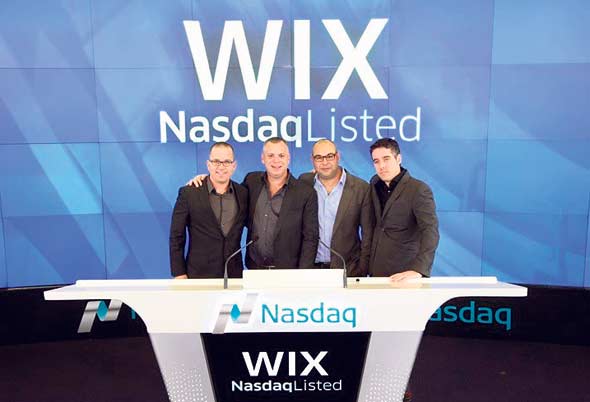 Wix ended the third quarter with revenue of $254.2 million, an 8% increase on the previous quarter and a 29% jump year-on-year. These numbers were higher than the company's most optimistic estimates announced in the previous quarter's report. The company is experiencing growth in every part of its activity including premium subscriptions which reached 5.3 million at the end of September, an increase of 29%. The total number of registered users jumped by 42% in the third quarter to 189 million. However, Wix is still in a challenging position on the operational side, and when it comes to profitability. The company registered an operating loss of $49.7 million, more than double that of the previous quarter. Part of the loss is due to erosion in the margin of operating profit to 70% compared to 74% of revenues in the corresponding period. The decline that was also felt in previous quarters is due to the company’s investment in customer support and service activities as well as a change in the customer mix. While the operating loss for the quarter was similar to that of the previous quarter, free cash flow decreased to $19.4 million compared to $46.7 million in the previous quarter and $29.2 million in the corresponding quarter. The sharp decline is due, among other things, to investment in the establishment of the company’s new headquarters in Tel Aviv. Wix posted a loss of $56.8 million overall, but after deducting accounting and one-time expenses, the loss amounted to $8 million or 14 cents a share, as was forecasted. However, a year ago Wix was already profitable after deducting accounting expenses (non-GAAP). Despite the continuing high level of uncertainty in the markets, Wix provided an encouraging forecast for the last quarter of the year that should bring it within touching distance of the $1 billion annual revenue threshold. The company expects to end the quarter with revenues of $266-$271 million and thus reach annual revenues of $972-$977 million, a handsome annual growth of 28%. The company didn't provide a profit forecast, but only a cash flow from operations that will be $122-$127 million, similar to last year or slightly less.