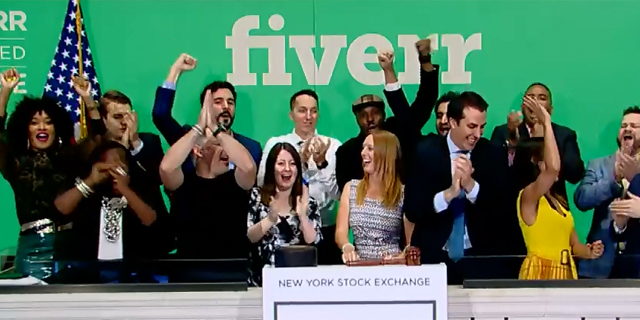 You don’t need a global pandemic to disrupt a market

Tech expert highlights 5 industries that are ripe for a breakout

In 2020, during Covid-19 uncertainty, the Israeli tech sector registered several successful public offerings by companies that are currently unicorns and may turn into global giants - namely Lemonade, JFrog and Fiverr. Elon Musk's Tesla was in precisely the same position about a decade ago, when its market cap was only several billion dollars. Thanks to the ripening of its technology and the implementation of Wright’s Law - it soared to a value of $400 billion. Wright’s Law, defined many years ago, now seems to be more relevant than ever. The law essentially explains the pace of technological efficiency and the benefits of high scale manufacturing. In an article published in 1936, Theodore Wright presented the following finding: With every doubling of production, the cost of building aircraft decreases by 15%.

This law now applies to automotive and other innovative production lines, for example, if a company doubles production from one million electric vehicles to two million, it will be able to reduce its costs by 15% and lower its costs even further when it reaches four million vehicles and so on. So why does Wright’s Law become a technological accelerator? As technology is adopted by the masses, the demand for products grows and the volumes of production are accelerated, prices drop, and companies are inclined to invest more and more in manufacturing efficiency. An example of a technology that has been acclaimed for over a decade but to this day has not ripened to reach its mass potential, can be found in 3D printers. Stratasys, among the pioneers of 3D printing, operates its development center from Israel. When this technology will mature, there is a good chance that Israel will be one of its biggest beneficiaries. The time span between understanding the technological potential and its maturation, may take years, and sometimes a decade or more. The world's largest auto manufacturers, for example, didn’t get their assessments of the maturation of electric vehicles right. Many tens of billions of dollars have been invested in these fields, hopefully anticipating the timing for mass adoption. When it comes to vehicles and hardware in particular, Wright’s Law can be used to understand the market’s life cycle. This mistake is often made by investors. Aside from identifying the potential of the technology, it is important for investors to understand where the technology is in its life cycle, which is often easier said than done. The optimal point would be to invest as close to the mass adoption stage, as possible. Since valuations increase significantly the closer you get to this stage, investors can benefit from identifying this point 3-5 years prior to the ripening stage. We assess that the following technologies are about to ripen over the next few years: 1. Deep Learning - Deep learning that aims to mimic the actions of the human brain is only in its infancy. New processing capabilities as well as the progress of programming languages will enable significant breakthroughs in the field in the near future. 2. Streaming and mass distribution of content - We are all familiar with Netflix and Spotify, but the technology and the platforms are still far from reaching the height of mass adoption, we’ve only just begun. 3. Robotics and Automation - Everyone talks about automation, yet in practice, the level of automation in our daily lives is very low. In logistics warehousing and inventory, locating goods and handing them to the customer still requires human intervention throughout the process. Significant breakthroughs of these technologies are expected in coming years. 4. 3D printing – The mass adoption of such technologies is probably just around the corner and by the next decade, companies will move to print products on a larger scale. 5. Blockchain - The technology is still in its infancy, and yet is expected to disrupt financial markets in coming years. The gap between the technology’s actual capabilities and the timing in which capital markets and customers acquire faith in them, highly depends on the dominating narrative of that time. The bottom line is that a global crisis, such as Covid-19 isn’t a must for disruptive technologies to emerge. These processes can simply happen naturally over time.

The author is a serial entrepreneur, venture capitalist and has advised tech companies for 20 years.