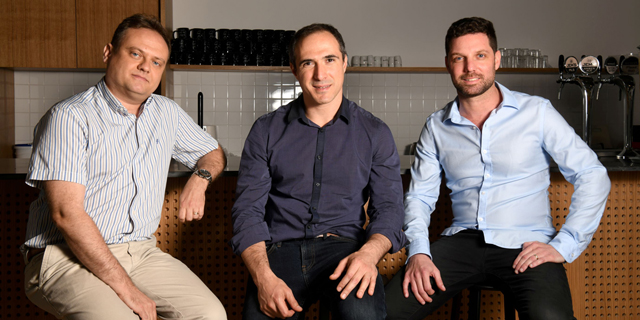 Since launching in June 2019, Fireblocks has facilitated the transfer of over $150 billion in digital assets for enterprise and institutional customers in Asia, Europe and North America

Cybersecurity startup Fireblocks, which develops a blockchain security service, has completed a series B round of $30 million, taking its total funding to date to $46 million. This round was led by Paradigm with participation from existing investors: Tenaya Capital, Swisscom, Galaxy Digital, Digital Currency Group (DCG), Cedar Hill Capital and Israeli serial entrepreneur Gili Raanan's Cyberstarts, which counts Shlomo Kramer and Mickey Boodaei among its investors. Coinciding with the completion of this round of fundraising, Fireblocks announced the addition of Fred Ehrsam to Fireblocks’ board of directors. Ehrsam is the co-founder and Managing Partner at Paradigm, and co-founder of Coinbase, one of the world's biggest cryptocurrency exchanges. Fireblocks has also expanded its team by hiring Matt Maloney, formerly of Cisco, as the company's SVP of Global Sales.

Fireblocks employs 75 people worldwide, around 50 of them in its R&D center in Tel Aviv. The company intends to use the new funding to double its workforce throughout 2021, taking its number of developers in Israel to 100. Fireblocks also intends to expand its marketing and sales teams globally. Fireblocks was founded in 2018 by three serial tech entrepreneurs, Michael Shaulov, Idan Ofrat, and Pavel Berengoltz. Shaulov and Berengoltz previously co-founded Tel Aviv-based startup Lacoon Mobile Security, which was acquired by information security company Check Point Software Technologies Ltd. for $100 million in 2015. In an interview with Calcalist, Shaulov said that it was always clear that it was only a matter of time until Bitcoin would rise due to a global crisis, but that no one could have predicted that it would be a pandemic that would drive it forward. Bitcoin crossed the $18,000 mark on Wednesday, a price point not seen since December 2017 and near its all-time high of $19,666 registered on December 17, 2017. "For private people the only cryptocurrency worth investing in is Bitcoin. All of the other tokens are platforms that are used for financial applications," said Shaulov. "On the other hand, Ethereum, which is the leading blockchain infrastructure for creating coin offerings, has activity reaching billions of dollars. "Israel is slightly behind the rest of the world when it comes to Bitcoin. In London, New York and other places it is considered as an asset to invest in. PayPal has started to accept Bitcoin and many companies are buying Bitcoin as a hedge," added Shaulov. "Bitcoin has become very legitimate in the financial world and is no longer only associated with the criminal world. There is new regulation in the U.S. and other countries which has provided clarity on how to deal with cryptocurrencies." According to the company, since launching in June 2019, Fireblocks has facilitated the transfer of over $150 billion in digital assets for enterprise and institutional customers in Asia, Europe and North America. Using Fireblocks’ MPC-based wallet infrastructure and Network for secure custody and settlement, companies such as Revolut, Celsius, BlockFi, PrimeTrust, Genesis, Nexo and more have securely expanded or launched new digital asset services. Today, the Fireblocks Network boasts more than 160 active institutional participants, including some of the biggest liquidity providers, such as B2C2, Galaxy, Amber, and Three Arrows. "We provide a secure financial infrastructure for companies that want to enter this world," explained Shaulov. "Our infrastructure provides two main things: a secure MPC-based wallet infrastructure and a network for secure custody and settlement. When cryptocurrencies are being transferred either in trade or as payment we make sure they arrive. Some $15 billion worth of crypto has been lost in the past due to hacks and we are trying to prevent that from happening again. There was a big problem in the past as there wasn't a secure infrastructure to transfer crypto and that gave the sector a bad reputation. We have built an infrastructure with several layers of security. We have a high quality staff that has reached breakthroughs in the crypto world, our system is constantly being checked for loopholes and we also have insurance for hacks and fraud." Shaulov said Fireblocks is focused on using blockchain to revolutionize the financial system. "We are working with huge financial organizations to make all their assets blockchain-based. I believe that it won't be many years until blockchain becomes a legitimate technology and not just the infrastructure for Bitcoin," he noted, Shaulov added that the company saw its number of clients grow by 533% in the third quarter of 2020 alone. “Fireblocks has become the go-to for any business looking to build new digital asset operations or scale existing ones,” said Ehrsam. “The extraordinary growth of the Fireblocks Network and its team in the last year attests to the enormous value they have unlocked for enterprise and institutional customers. Beyond custody, Fireblocks has made a simple crypto backend for everything from hedge funds to fintech platforms to plug directly into crypto and be able to access every trading venue, liquidity provider, lending desk, counterparty, and crypto-native app in the ecosystem.”