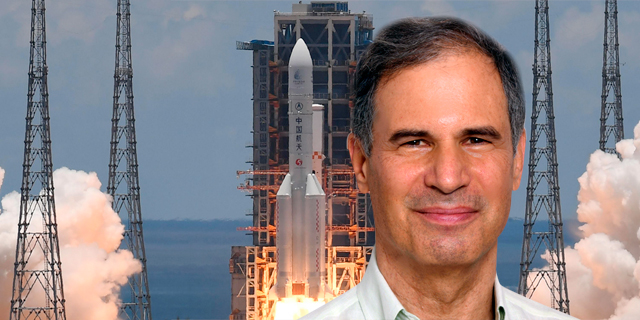 Eytan Stibbe will blast off toward a new future of spaceflight

With plans for the next Israeli astronaut to fly aboard a SpaceX craft, commercialized spaceflight is bringing about a new era

This week three NASA astronauts and one JAXA (Japanese space agency) astronaut hitched a ride to the International Space Station (ISS) aboard a SpaceX rocket. The group blasted off through the atmosphere and docked with the ISS, where they joined the six-person crew, and will spend their time conducting routine experiments and maintenance work on board. To think that government agencies are no longer the sole cardholders when it comes to space travel, commercialized spaceflight is having its chance to shine. Elon Musk’s SpaceX is bringing about nothing less than a revolution. SpaceX’s launch also comes in wake of the announcement this week of Israel’s second astronaut, Eytan Stibbe, a former Israeli Air Force Pilot, who will be sent to the ISS in 2021. Stibbe was congratulated by Israeli entrepreneurs, political leaders, and others, with President Reuven Rivlin referring to him as “one of the greatest and first pioneers in the private industry of spaceflight.” Over the course of the next few months, he is set to undergo rigorous training in the U.S., Germany, and Russia. 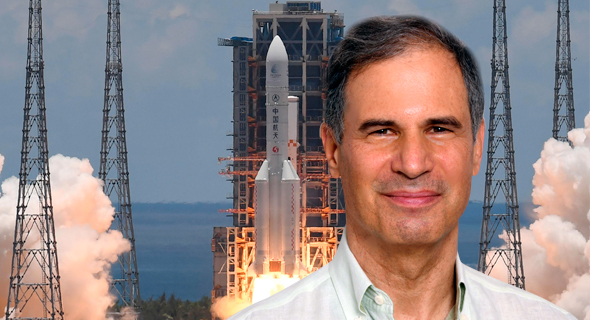 Eytan Stibbe will be Israel's next astronaut. Photo: NASA/AFP

Stibbe is a former Israeli Air Force colonel, and has participated for 43 years in important missions. During a particularly dangerous rendezvous, he shot down four Syrian enemy aircraft in a single mission. He also served as a flight instructor at the Israeli Air Force Flight Academy for seven years, and is the founder of the Vital Capital Fund that helps build infrastructure in impoverished countries in Africa. In addition, Stibbe is a founder and a volunteer of the Ramon Foundation, dedicated to the first Israeli astronaut Ilan Ramon, who was his former colleague and Air Force commander, and who died while returning to Earth from his mission. Stibbe who will by then be 63, will also be the second-oldest astronaut in space, after John Glenn (77), and Franklin Story Musgrave, the second-oldest (61). He holds a master’s degree in business administration from the European University in Belgium. He will be joined by Michael Lopez-Alegria, a former NASA astronaut, and two other private astronauts.

During his first-time appearance to the public, Stibbe spoke to a small audience, sending a message of hope and unity during the coronavirus (Covid-19) crisis. “In another year I will have the opportunity to embark on a mission to the ISS - a fascinating journey of science, education, and humanities research. The ISS is one of the largest collaborative missions in the world, where astronauts from several countries, work and learn together - a unity that is so needed right now, especially during these challenging times of dealing with the coronavirus (Covid-19) pandemic.” Once aboard the station, Stibbe will conduct a plethora of scientific experiments and will have access to many of the ISS’s systems including the external robotic arm to conduct maintenance work outside of the station, in the wide empty vastness that is space. While last year saw the first all-female spacewalk, the unthinkable is now becoming a reality. And who knows, the public may even get to see the first-ever spacewalk conducted by an Israeli astronaut. Israel is beginning to catch on to the trend of commercialized spaceflight with the planned launch of its first commercialized satellite built by engineers and staff at Tel Aviv University’s Center for Nanosatellite Research, which will send a CubeSat, TAU-SAT1 into space to orbit the Earth’s atmosphere and provide updates in realtime about cosmic radiation next year. In 2019, SpaceIL and Israel Aerospace Industries’ joint venture to the moon, Beresheet had high hopes for this endeavor and despite its crash-landing on the lunar surface is paving the way for more commercialized approaches. While Beresheet was the first lunar space project that was solely funded and built by external companies, it did receive some government funding, namely from the Ministry of Science and Technology and the Israel Space Agency. 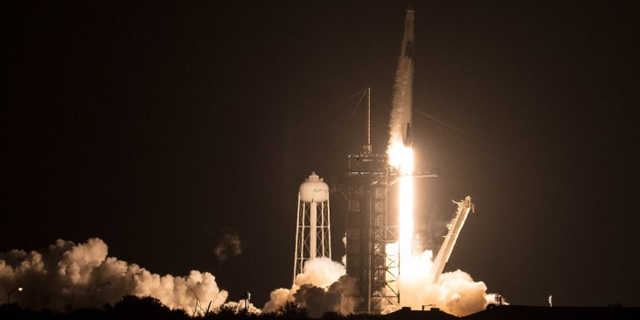 Originally, SpaceX’s scheduled launch was delayed this year, due to adverse weather conditions and constraints caused by the Covid-19 pandemic, but the four astronauts were able to take off safely despite the setbacks. SpaceX’s Crew-1 Dragon team, aptly named Resilience, consisted of three NASA astronauts, Mike Hopkins, Victor Glover, Shannon Walker, and JAXA astronaut Soichi Noguchi. Unlike traditional payloads which include supplies and cargo to sustain members aboard the station, this time SpaceX’s rocket safely encapsulated four humans and propelled them into space. Once the spacecraft launched, and later docked safely, Hopkins radioed in “that was one heck of a ride.”

With the expansion of commercial spaceflight, aerospace and space tech startups are rushing to fill the void. Several of those companies are looking to expand the field, including NanoRacks, a company that has invented many devices that are now on the space station, and helps people build CUBESATS. There’s also RelativitySpace, which is looking to print the world’s first 3D rocket; Kepler Communications, that aims to provide an in-space telecommunications network; Bagaveev Corporation, a company that is developing a reusable nanosatellite launcher; Israeli SpacePharma, a company devoted to using miniaturized microgravity technology to create pharmaceuticals in space; offbeat Elysium Space, which is dedicated to sending a departed's ashes into Earth or lunar orbit; Astrobiotic which is working on establishing a DHL-like delivery service to the moon for space agencies and startups; Israeli-based Ramon Chips, which is creating semiconductors for the space industry, and Denver-based UP Aerospace, which is engineering low-cost launch technology equipment. Axiom Space recently won a contract from NASA to provide the first commercial space station, and currently has an agreement with NASA’s Johnson Space Center to train nongovernment, or private astronauts. Axiom is spearheading Stibbe’s flight along with his team - crowned Ax-1 - aboard a SpaceX Crew Dragon capsule, which is currently scheduled to take place in October 2021. 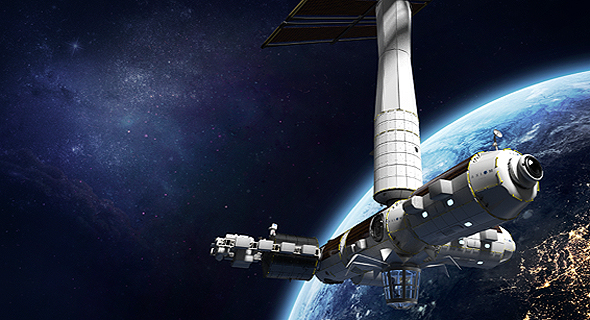 Government agencies no longer hold all the cards when it comes to spaceflight, and are beginning to rely on collaboration with commercialized ventures, as the issue of funding is often a debatable and highly contested topic, particularly of late. NASA has grown exponentially during President Donald Trump’s administration, leading to more funding for research and expansion projects, and the establishment of the very first U.S. Space Force (which spawned the popular Netflix series by the same name) which is based out of Peterson Air Force Base in Colorado Springs, Colorado, and is dedicated to combating threats in space. Tulsa-born former Republican congressman NASA Head Jim Bridenstine, after a long and successful career at the helm, will be stepping down soon to pave the way for president-elect Joe Biden to decide on a new appointee to lead the organization. Many are concerned not about the transition but of the potential financial cutbacks that a Biden Administration could bring along. Many are wary that Biden could follow in the footsteps of former president Barack Obama, who slashed funds a staggering 20% - namely to solar and other crucial planetary research projects - and directed them elsewhere.

While Musk was absent from SpaceX’s first launch of human travelers, he remained in quarantine after possibly contracting the coronavirus (Covid-19), and watched the flight from afar. For several years, Musk has remained hopeful and fiercely devoted to what others have often shunned or believed unrealistic, a dream which he has finally seen come to light. “I think we’re at the dawn of a new era in commercial space exploration,” he remarked in mid-2017. No one can ascertain what the future of spaceflight may hold. But it certainly is bright.