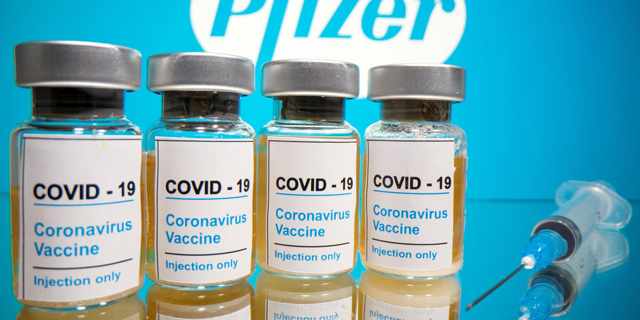 After a coronavirus vaccine is approved, what happens next?

On Dec. 10, the FDA is expected to announce whether it will approve Pfizer’s new vaccine, but 2 trillion people will not receive it until the end of 2021

December 10 is the most important date in humanity’s battle against the coronavirus (Covid-19) pandemic. In a little over two weeks away, the United States Food and Drug Administration’s Advisory Committee will hold a meeting to announce whether amid an emergency crisis, they plan on approving Pfizer’s newest vaccine, which it submitted this past week. The committee will be composed of leading scientists and U.S. health professionals. “The FDA is planning to examine the emergency request to approve a coronavirus (Covid-19) vaccine that has been developed over the past few months, and is ready to do so immediately after its submission,” read an official announcement from the FDA on Friday. “Although we cannot predict how long the application’s examination will take, we will do it as quickly as possible while adhering to scientific guidelines, in order to enable the delivery of vaccines as swiftly as possible." The event will be broadcast on multiple social media channels, from the FDA’s YouTube channel to its official Twitter account, and a few days prior the administration will publish all of the background information about Pfizer’s vaccine. The goal is to allow the approval to be obtained quickly, but also to provide complete transparency to the public so they won’t question the vaccine’s reliability once they are required to receive it. Should the FDA decide that the clinical trials present a full picture of efficacy and safety, the first vaccines will be dispatched immediately from their deep freeze in Pfizer’s warehouses to vaccination locations across the U.S. and to other countries who have arranged to receive the vaccine, including Israel.

Pfizer was the first to submit their vaccine for approval, Moderna is next in line with excellent results and is expected to submit its necessary documents to the FDA within the coming days. Although the news of Pfizer’s and Moderna’s vaccines are encouraging - they’ve developed a vaccine by using an innovative method of engineering mRNA which has never been used before - AstraZeneca joined as well, and its vaccine is based on an older and more reliable technique. Last week, it released excellent results in regards to its vaccine’s reliability among the elderly population, which was developed with the University of Oxford. Four critical points Although the world is desperate to announce the end of the pandemic, the vaccines’ approval isn’t the end of the game. According to Pfizer CEO Albert Bourla, the vaccine’s pending approval is wonderful news and “the light at the end of the tunnel,” but the world will not be rid of the coronavirus (Covid-19) even after the vaccines are approved. Then, the most central and challenging issue will be transporting the vaccines, getting the public’s consent to be vaccinated despite the treatment’s swift and abnormal approval, and administering the vaccine to the entire world population. While most Western countries have access to broad financial budgets, vaccine-developing companies, and governments who have promised to vaccinate their entire populations, developing countries aren’t yet in the game. They must rely on philanthropic organizations such as the Bill & Melinda Gates Foundation who have promised a generous budget to purchase vaccines for those countries, and on agreements to receive vaccines that aren’t complacent with Western and FDA standards, such as the Russian and Chinese alternatives. Aside from the understandable humanitarian reasons, if the world wishes to return to its original state, including widespread travel and trade, the entire world population must be vaccinated, and not just the wealthier countries. “The vaccines aren’t the end of the struggle, but the end in the first step of the struggle,” vaccine expert Emily Serazin said. Serazin has worked in the past with the World Health Organization, the Bill & Melinda Gates Foundation, and GAVI, the Vaccine Alliance that is devoted to bringing vaccines to children around the world. Today, she leads the world health and vaccine sector working for Boston Consulting Group (BCG), a world-renown consulting firm. “The latest news is no doubt fantastic, and the efficacy figures are above expectations,” she said during an interview with Calcalist, “but it’s important to understand that the speed of the clinical trials doesn’t harm the results.” “The accelerated rate of the clinical trials is related to the available funding that allows pharmaceutical companies who develop vaccines and regular drugs to take financial risk,” she said. Typically, pharmaceutical companies conduct clinical trials in stages, and wait to reach the next stage and examine all figures once they gain FDA approval. In today’s situation, many companies have already created millions of vaccines which could be trashed if they don’t receive FDA approval. Normal production usually only begins once those companies gain approval. According to Serazin, there are still four critical points that will remain unresolved until the pandemic is over. “Even if everything goes as smoothly as possible, the public will still need to wear masks, social-distance, and avoid large social gatherings until mid-2021, even longer,” she said and estimated that only in 2022 will the vaccine be available to the entire world population. “I’m optimistic, but it’s important to manage the logistics which is a less glamorous stage. The world has never needed such a rapid deployment of a vaccine with such high public attention.” 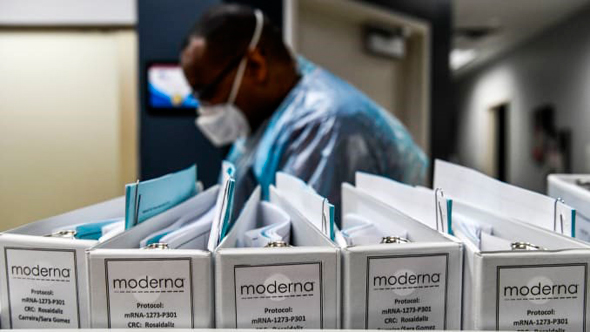 She noted four critical points that will remain unresolved even after the FDA’s first approval: efficacy, safety, adoption, and availability. Efficacy “What we have at this stage are still just press releases,” Serazin said, “we need to get all the figures from the trials in order to understand whether it works toward disease-prevention or serious disease-prevention, and the big question is how long will that protection last. If it lasts for a short period, or less than a year, the vaccine will have less value. It will be nearly impossible for governments to meet the task of providing vaccines at a high frequency to their populations, due to cost and logistics,” Serazin clarified. “In that scenario, the vaccines will mainly be given to health professionals, the elderly, or in certain geographic locations that have severe outbreaks of the virus.” Safety Only after the vaccines are given to the broader population will we be able to ensure the vaccines’ level of safety, she said. “We’re now seeing that the efficacy is high, and we also haven’t seen any side effects in either Pfizer’s or Moderna’s vaccines. On the other hand, we won’t see potential rare side effects until the vaccine is given to a larger population of millions of people.” Adoption A vaccine will be an effective tool in the fight against the coronavirus (Covid-19) only if the entire population is vaccinated, and there are plenty of anti-vaxxers or those who refuse to get vaccinated, like in Israel. Doubts over the vaccine - which will have undergone clinical trials and received approval in less than a year - are plenty, especially when compared to previous vaccines that have taken 10 years to develop. In a recent U.S. survey, only 27% would agree to get the new vaccine once it becomes available. In a general world survey conducted in August, 37% agreed to be vaccinated. Serazin estimates that convincing skeptics and anti-vaxxers to get vaccinated will be a more complex task than what world health organizations estimate. Availability Availability is the most complex issue of all. Supplying the vaccines to weaker countries is a familiar challenge that has led to the establishment of organizations such as GAVI. The present case further complicates the picture, since Pfizer’s and Moderna’s innovative vaccines require complex and expensive storage. “In an optimistic scenario, a population of two or three billion people in the world will be left unvaccinated until the end of 2021, even if all 10 companies who are now at the final clinical trial stage will obtain FDA approval, and succeed in producing 100% of their planned production activity,” Serazin estimates. According to a recent estimate by BCG, the wealthiest countries, among them the U.S., Canada, Japan, the U.K., and EU countries have promised to obtain more than 2.5 times the amounts of the vaccine for their populations. China and Russia are relying on their own product developments, which leaves poorer countries dependent on international organizations, such as COVAX, who has promised to provide vaccines for 92 countries which can’t afford to pay. COVAX’s goal is to provide vaccines to 20% of the population in those countries, and it is estimated that the U.S. and Europe will provide them with any excess vaccines they produce. This won't be the first time that the coronavirus (Covid-19) has exposed the gaps between the rich and poor. Even in stronger countries, weaker populations have suffered more of the economic blow that accompanied the pandemic. Should sick people be vaccinated? In certain countries, including Israel, new essential questions have arisen whose answers weren’t pressing until now. For example, should sick people be vaccinated? Serazin says that she doesn’t have a clear cut answer, since it remains unclear how long the vaccine can protect those who have already been infected with coronavirus (Covid-19). An additional question is whether a smaller portion of the population should be vaccinated, if only some of the vaccines make it through to the final stage. According to Serazin, even if 20% of the population is covered it can still provide protection for weaker populations or those at risk. That’s where the next challenge lies for governments and health organizations: they must build an efficient plan to vaccinate their populations without considering political factors. “The right order for groups to get vaccinated is first the elderly, after that people with chronic illnesses and health professionals, and then the rest of the population. There could also be cases where the vaccines aren’t stored appropriately and won’t be effective. That’s why it’s important that we approve the vaccines made by AstraZeneca, Johnson & Johnson, and additional companies, since Pfizer’s and Moderna’s vaccines require complicated logistics and storage,” she said.