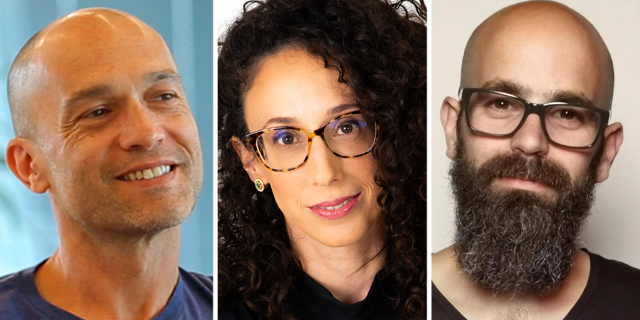 “The pandemic has given a push to invest in the gaming industry,” says NFX general partner

“The fact that people are locked in their houses causes them to want a different type of content, something that inspires togetherness,” says Ron Kaldes, CEO of Nintendo Israel

“The coronavirus gave a recent push to the gaming industry, but those who look to the younger generation understand that gaming is embedded in culture in a way that will not simply disappear,” Gigi Levy-Weiss, co-founder of venture capital fund NFX said during a panel titled “Locked up at home, Glued to screens: What Happened to the Gaming Industry during the Pandemic?” at the Calcalist and Google Gaming Conference. “Several years ago I would also fight with my parents over the issue, and I continue to argue with my children over the issue today, but it is clear to me that everyone plays video games. I think they’re part of our culture,” Levy added. “The CEO of Netflix has admitted that the company’s toughest competition is gaming platforms. “This sector is thinking of what the future will look like, and what our virtual lives will be like.

“The past year has seen a jump in video game sales, for good or bad,” he said. “In general, I believe that this is the first time that gaming companies are considered to be very interesting companies to invest in. That world, which in the past struggled to raise money, has completely changed. For the first time, when a position is posted for a gaming company and a cyber one, more resumes are received at the gaming company. Today, working in gaming is a reason to be proud, and I am sure that Israel is well placed to become part of the world industry,” Levy explained. “Everyone used to want to work at companies like Facebook. The gaming industry always suffered from an inferiority complex, but that has completely changed. Today, people understand that it is an industry that creates a lot of money just like other high tech fields.”

Ron Kaldes, CEO of Nintendo Israel said: “This year was an amazing year where many were hungry for content, and also purchased new products, not just gaming consoles but also games. I see plenty of people buying new games and joining new games. We are seeing a strong increase of console purchases in Israel and new diverse groups joining the industry: both women and men from all sectors. The fact that people were stuck at home caused them to want more content, or content that promotes togetherness. In the world of Nintendo, many products allow you to sit on the couch together and play, something that never used to exist. The World Health Organization published last year tweets that noted the danger of children becoming addicted to games. This year, the same organization tweeted statements saying that video games that incorporate physical activity such as dancing are recommended.” Elinor Schops, Vice President of Gaming Experience at ZAG Entertainment and founder of the group “Women in Gaming” said: “I’m sure that it’s hard to know what might have happened in another year, but this year we started a new gaming company in Israel. It wasn’t an easy decision for the directors who are located in the U.S. during the coronavirus (Covid-19). I’m speaking with my colleagues in Paris and Los Angeles, and it is like we’re all in the same office. To start a company in Israel is a great privilege. Israel is expanding, mainly in the mobile gaming sector,” Schops explained.

As to how the game Animal Crossing became a hit during the coronavirus (Covid-19), Kaldes said: “It's an Nintendo game that started during the period when the earliest consoles of Nintendo were released. The newest version was released last March, during the first wave of the pandemic. In the game you get your own character and an island, where you trade with bosses on the island, and build your house and land, invite friends over, and more. The game is relaxed, there isn’t any shooting. Since November, it has sold 30 million copies. I think that the fact that you can disconnect from stress through a calming game, offers relaxing escapism.”