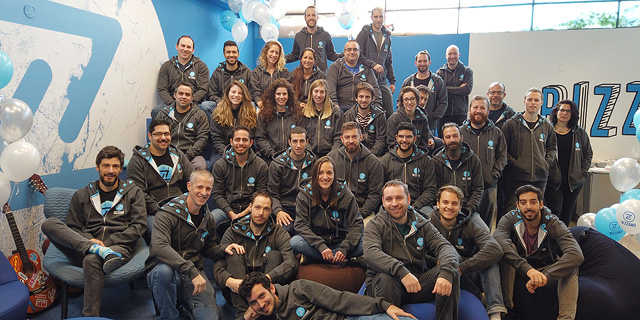 The founders, investors and veteran employees will receive approximately 60% of the $138 million round, with the remainder of the money going to the company

The founders and investors of event planning startup Bizzabo Inc. are set to receive in the region of $70-80 million of the $138 million series E investment round announced on Wednesday. Bizzabo, which was founded eight years ago by Boaz Katz, Alon Alroy, and Eran Ben-Shushan, refused to reveal the sums the founders, investors and veteran employees will receive from the round, but a source who spoke under the condition of anonymity told Calcalist that they will pocket approximately 60% of the round, with the remainder of the money going to the company. It is estimated that each of the founders will receive no more than several million dollars, with the lion's share of the money that isn't being invested back into the company going towards the secondary purchase of shares from existing investors. 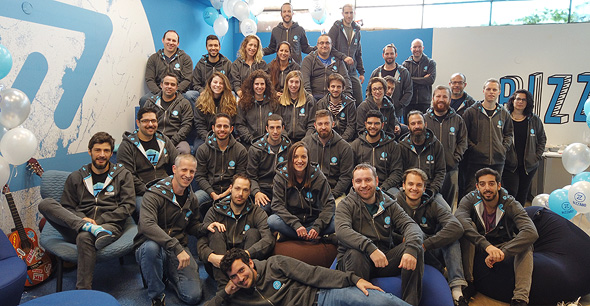 The round comes a year and a half after its previous $27 million raise. Bizzabo did not reveal the valuation of the company in its latest round, but a source told Calcalist under the condition of anonymity that it was valued at $350 million. The round was led by Insight Partners with the participation of Viola Growth, Siemens AG investment arm Next47, and OurCrowd. Some of Israel's most notable tech investors and entrepreneurs have invested in the company down the years, including Zvi Limon, Avigdor Willenz, Gigi Levy-Weiss, Eyal Ofer and others. Bizzabo didn't reveal which of its early investors chose to sell their stake in the current round, but the main sellers in this round were those who had put money in the company early on. The founders only sold a small portion of their share, maintaining a significant chunk of the company. One of the reasons behind Insight's massive investment in Bizzabo was its goal of putting money in the event planning sector after its planned investment in British competitor Hopin fell through. Hopin recently raised $125 million in a round led by IVP and at a higher valuation than that of Bizzabo. The rising interest in the sector comes despite the Covid-19 pandemic which has completely changed the way in which conferences are being held. Bizzabo developed technology that aids in the organizing of physical conferences, but coronavirus handed the global conference market a painful blow, resulting in Bizzabo firing 25% of its employees and adjusting its tech to cater for online events. Bizzabo offers its clients a complete package for the organizing of online conferences, including building a website, processing payments, communicating with participants, networking among participants, data collection and more. The tech is currently in use by major brands such as Forbes, Bloomberg, Amazon, Salesforce and more. Overall, the pandemic and the pivot undertaken by the company led to an increase of over 100% in income on the year. Bizzabo will use its investment to expand its go-to-market operations and triple its engineering, product, and experience teams with the opening of two new offices in Europe in the first half of 2021.

Bizzabo did not share its valuation in the current round, but one of the founders, Alon Alroy, told Calcalist “we are not yet a unicorn, but the valuations grew substantially from the previous round.” He added that though the company employee headcount dropped to 110 in March, it was now back to 175 with plans of hiring 100 more people, 50 of them in Israel.

“In March, we saw the conference industry collapsing. Every day we had a cancellation and many wanted to be reimbursed. It forced us to say goodbye to 25% of the company and prepare for challenging days ahead,” Alroy said. “We decided to reinvent ourselves and adapt to the reality of virtual conferences. In April and May the demand started coming back. We re-hired some of our employees and concluded the second quarter with record earnings. It became clear to us that the online conference industry was booming and that we had built a very impressive platform, offering an end-to-end solution.” "We are big believers in face-to-face interactions and it is clear to us that the world wants to go back to meeting in person, but no one can ignore the reality of hybrid events that are taking form before our eyes,” Alroy said. “We had been in talks with Insight Partners prior to the pandemic and the momentum was very positive. In the summer we realized that it would be a substantial round, but we didn’t think it would be this big. We had the opportunity to raise an amount of capital that would allow us to become a market leader in a new category, attempting to introduce innovation into the tech world.”