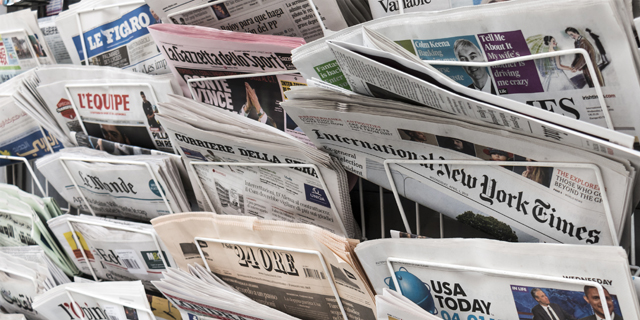 Last week I wrote a column that dealt with raising capital and was pleased that it got a large number of responses. It appears that the topic is relevant to many entrepreneurs and that my bottom line—that it is not always wise to raise the largest sum of money that you can and that it’s not necessarily best to raise it as cheaply as possible—was able to spark an interesting debate. In the week since there have been reports of an exceptionally high number of capital raises, most for tens or hundreds of millions of dollars. This is encouraging news because they signal that despite the challenges of a global economic downturn, there is still growth and potential for recovery. One headline that garnered special attention was about Israeli startup Bizzabo, which raised an astronomical sum. In addition to the volume of the round, the report sparked debate on many of the social media and WhatsApp groups of tech founders I belong to over the announcement that a large portion of the funding was used to purchase the shares of founders, investors, and employees and not to finance the company’s routine operations. For me, this is an interesting debate in the wider sense, since it seems as if the more the number and scale of funding rounds grow, the more announcing them to the media becomes part of the company’s strategy. I would never publicly announce personal profits I gained, but like many CEOs I wanted to celebrate private capital investments that companies I managed secured. The main interest of a private company that normally avoids disclosing details about its earnings and expenditures to share information about its finances, is to signal its robustness and stability to the market. At a time when startups rise and fall at a blink of an eye, announcing a funding round provides proof that the market (in this case venture capital investors) have faith in the company, which in turn suggests that it is in good shape and now has money to expand, increase its activities and invest in its growth engines.

Once it became fashionable to publicly boast of a company’s investment details, it became almost impossible for other companies not to do so. When there was a fierce competition over job candidates in a market that was suffering from personnel shortages, companies couldn’t afford not to blow their own trumpets on the investments they garnered, signaling that they are an attractive place to work for. And if the volume of capital raises grows, every company felt they too needed to announce bigger and bigger rounds so as not to leave the impression that the competition was doing better. Of course, there is no necessary correlation between the amount a company raises and its fortitude, the small print, that’s not exposed to the public shows many signs of that. Moreover, entrepreneurs are often tempted to raise as much capital as possible simply to increase the outwards effect, even if they don’t necessarily require all the money. In the race to build the appearance of being a strong company, with large capital reserves, entrepreneurs often artificially inflate the size of the round so that the headlines (which is the only thing many people read) appear as impressive as possible. In many financing rounds, there is a large discrepancy between the figure in the headline and the money that actually enters the company’s coffers. Occasionally the funding round includes the sale of shares of existing stockholders (founders or investors) as well as future commitments in the form of loans, lines of credit, and other financial instruments the company managed to secure.

The risk is that sometimes companies take on these additional financial obligations, only to generate an impressive headline, which creates a false impression that the entire sum mentioned in the writeup is actually available for the company to invest in its growth and supposedly is in better shape than other companies. Another trend that we’re witnessing is that of companies “announcing” the valuation figures the round was based on (usually the figure is leaked supposedly unofficially but in truth directly from the company). These reports too are meant mostly for show and feed the hidden competition between companies (or the egos of their managers) but actually harm them. When the entire market knows how much you’re worth, even if it appears high, your ability to negotiate going forward is hampered. In addition, these reported valuations provide a benchmark for comparison and may be the source of a lot of disinformation since the total valuation sum does not differentiate between the various types of shares that the company issued.

Bizzabo’s surprising and happy announcement garnered interest for two primary reasons, beyond the fascinating story of its rapid recovery from the Covid-19 crisis. Firstly, because of the fact that Bizzabo didn’t attempt to artificially inflate the size of its round and openly stated that a large part of it was going into shareholders’ pockets (by the way, even without the partition that went into option purchase, it was an impressive sum to raise) and secondly because the public announcement that the founders of a private company that still relies on capital from backers pocketed a handsome sum raised controversy and criticism by some people in the industry, who thought they knew about all the inner workings of the company. As for me, as you may have guessed, I’m happy for the founders and believe it’s only natural for founders to sell some of their shares alongside financing rounds at various stages of a company’s development. I did it myself in the past and in every investment agreement I negotiate, I insist that the founders reserve the option to realize some of their shares along the way. A startup is a journey with many unknown variables that sometimes lasts for many years and sometimes even decades, before reaching a liquidity event (a sale or public issuance). Throughout that time, founders are expected to commit themselves fully to managing the company, work at high levels of pressure, and often (at least in the early days) at lesser conditions than they could have enjoyed elsewhere. At the end of the day, the success (and failure) of the company rests on their shoulders, and coping with the responsibility often exacts a high personal cost.

In light of that, I think it is entirely justified that entrepreneurs, just like their investors, be entitled to cash in on some of their holdings and benefit from the value they brought to the company. A fair payout to the founders is not only in their interest but is in the interest of all shareholders. Founders who can enjoy the fruits of their labors tend to be more at ease. Unlike investors, founders usually don’t have other sources of significant income and are fully invested in the project they’re working on.

Once, when I was deliberating whether to sell part of my shares in the company I ran, a friend asked me hypothetically, if instead of shares in the company I was given cash of the same value, would I re-invest it all in company shares? My answer was of course not, I’d keep some of the cash and diversify my investments. The conclusion was that there is no justification to hold all of my theoretical wealth in the shares of a single company and that it is better to diversify it by creating a more balanced risk profile, just like my investors do. Some of the criticism leveled against founders who sell their options claim that doing so undermines their faith in the company’s growth potential. It is an unfair argument. Just like investors aren’t expected to put all their capital in a single company and no one complains that by spreading their investments they are expressing a lack of faith in their portfolio companies, so a founder shouldn’t be criticized for spreading their risk either.

Another argument I’ve heard is that founders who sell some of their shares become less emotionally committed to their business. That claim is also antagonizing to my ears. Firstly, even after selling shares, the founders are still major shareholders with a deep interest in the company’s success (and if their holding shares are low because of all sorts of dilutions, the investors would be wise to allocate them more shares instead of complaining). Secondly, what would the critics say if the founder was to inherit a large sum of money or earn it in a different way? Would they then too argue that the fact that they’re not in financial distress lowered their hunger to succeed? The drive to succeed must arise out of the founder’s faith and a deep emotional connection with the company, as well as a financial interest in it doing well. If an investor believes that the founder is no longer in love with it, it’s probably a sign of a deeper problem that needs to be investigated.

In conclusion, it is great to hear that despite the hard times there are companies that are continuing to grow and succeed and it’s good to see that the people behind the companies are being rewarded for their hard work and wonderful achievements.