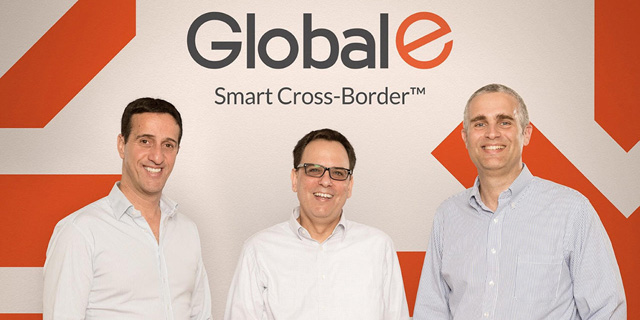 The online sales boom during the coronavirus (Covid-19) period is hurling another Israeli company towards a Nasdaq IPO. Israeli e-commerce company, Global-e is planning to raise $300-$400 on Nasdaq at a valuation of $1-$1.5 billion, a source told Calcalist on condition of anonymity. The company’s executives have been holding talks with various investment banks and it appears that Bank of America and Goldman Sachs will lead the IPO. It is expected to occur during the second quarter of 2021, based on its 2020 yearly report where the company is expected to present attractive profits of $20-$30 million according to estimates.

Global-e provides a technological solution for a variety of international e-commerce sites, and allows them to offer their customers price conversions based on their local currency, while calculating taxes, marketing messages in the customer’s own language, as well as offer them shipping and returns services. The startup was founded in 2013 by three former Bank Hapoalim employees, Amir Schlachet, Shahar Tamari, and Nir Debbi. The three started the company in light of their shared hobby of online shopping, and after recognizing that customers from other countries who make purchases online suffer from problems that are often frustrating, because the interface is not suited to global consumers’ needs.

When a Bulgarian customer, for example, wishes to purchase a Michael Kors bag from its online shop based in the U.K., the request immediately goes through Global-e’s site, without the customer even being aware of it, and they continue to make the purchase from the U.K. site.

Global-e pays the exchange rate in pounds, and receives payment from the customer in euros. The bag is sent the same day to Bulgaria on a truck and Global-e profits from the shipment, exchange rates, and from the discounted price it receives from Michael Kors, as a preferred customer. Last June, Global-E raised $60 million in a round that was led by the international investment fund Vitruvian. The global shipping giant DHL, which has invested in Global-e in the past, and is also the company’s strategic partner, also took part in the round. In its latest financing round, the company was valued at over half a billion dollars. The Rake brothers are also in the picture An additional investor in the company is Zehavit Cohen’s AMI fund, Apex Israel, which invested $20 million in 2018 and is expected to make a tenfold profit on its investment. The 2018 round was the company’s latest up until last June, with the most recent one considered a pre-IPO round. The Rake brothers, Avi and Danny were among the first investors in Global-e. At the beginning of 2019, the brothers, who are active in the Israeli shipment and logistics field, sold their shares in the international express division of Flying Cargo valued at $100 million, which is a similar sum to which they sold cargo shipping activity to German DHL in 2007. The duo’s fortune is under the radar in the business community in Israel, but estimated at NIS 600 million ($185 million). Global-e has seen a boost in its revenues from Europe over the last few years, but in the last two it has managed to penetrate the U.S. market, where the company’s real growth prospects lay. The company’s R&D centers are active in Israel, the U.S., and Ukraine, while the offices are located in New York, London, Los Angeles, and Paris, where the big brand names are located, including Forever 21, and Marks & Spencer who are among its customers. The company employs a total of 260 people( a figure that has doubled in the past two years). In 2016, the company raised $20 million in a round that was led by the capital investment fund Round Dot Capital Partners, that is the largest shareholder in the company. To date, more than $110 million has been invested in Global-e. In the past month, Global-e published a survey in England that illustrated to what degree shopping has moved online during the coronavirus (Covid-19) pandemic. Nir Debbi was quoted as saying: “The world pandemic has without a doubt sent shockwaves through the retail sector, and many see how e-commerce is a lifeline after closing their physical stores.”

In September, Global-e announced that it appointed Mark Batty, a former executive at the Boden brand, to be vice president of the company’s R&D sector. During the first half of 2020, the company registered online sales reaching over $1 billion in international sales. Batty’s goal has been to expand the company’s reach and extend activity to additional European markets. Global-e’s growth rate has stood at 100% in the past two years, and its e-commerce platform joins new traders in Europe and the U.S. daily. The company has over 350 customers, including popular brands Harvey Nichols, Marks & Spencer, and Reformation in Europe, North America, and Asia. The company’s products are sold in 185 countries worldwide.