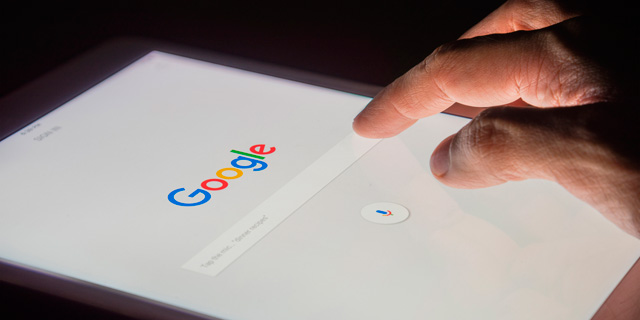 These were Israelis’ most popular Google searches of 2020

Coronavirus, Zoom, the U.S. elections, and the Israeli Employment Service were some of the most googled queries during the past year

Google published results on Wednesday of the most popular searches inIsrael in 2020, with the coronavirus (Covid-19) being the top searched term. The most severe global health pandemic in decades drew the most attention, blowing past the elections in Israel and the U.S. The coronavirus (Covid-19) was rated as the most-searched term, and the Israel Ministry of Health was ranked second. Protocols for working from home, such as WAPD, and Zoom took fourth and fifth place, and next was a popular food shipment service in sixth place.The Unemployment Service was the ninth most searched term. However, entertainment took some of the top spots, such as a popular children’s music festival in seventh place, and “Tehran,” an Israeli thriller series about a Mossad agent in Iran in eighth.

The coronavirus (Covid-19) was the top most searched term in 2020 (illustrative). Photo: Shutterstock

Internet surfers had many questions, such as: “How do I get a coronavirus (Covid-19) test? (first place), or “How do I make a mask at home? ( third), “How did the coronavirus (Covid-19) start?” (seventh). During the traditional Sephardi or Middle-Eastern Mimona celebrations in which people traditionally celebrate with family, but this year were forced to do so amid a lockdown or from afar, many users searched “How do I make a Mofletta (a traditional North African pancake)?” - which took second place. Searches related to political events, saw the Israeli elections in March 2020 take first place among google serchers. Surprisingly, the U.S. Presidential Elections also particularly concerned Israelis, and took four spots on the list, including: U.S. Elections (second place), results of the U.S. election (fourth), Donald Trump (fifth place), and Joe Biden (seventh place). The Israel-UAE peace agreement took third place, and the Israel-Bahrain one took sixth place, with both drawing much attention. Surprisingly, two Israeli politicians MK Gila Gamliel (Likud) and MK Yifat Shasha-Biton (Likud) took the eighth and ninth places after the hubbub over the former’s failure to abide by coronavirus (Covid-19) government-issued lockdowns and the latters combative time heading the parliamentary committee tasked with setting pandemic policies. Three leading women led the list of people and public figures: Eti Alon, a banking thief, and Anat Elimelech, a fashion model who was murdered by her partner. Both had their lives stories dramatized in Israeli television series. Naama Issachar who was released from a Russian prison earlier this year after she was arrested by authorities over marijuana possession while in transit, was next. The famous soccer player, Omer Atzili, who made headlines after being under police investigation took eighth place, and RoyBoy, a hip hop artist who created a storm on social media after releasing a racist video that humiliated Bedouin dwellers took fifth place. There were also searches that

A person conducting a search on Google. Photo: Shutterstock

had a sad or negative connotation. Israeli actor Yehuda Barkan, NBA player Kobi Bryant, and Mirit Harari, wife of a famous Israeli broadcaster, all of whom had died, garnered many search queries, as did legendary Argentine soccer player Diego Maradona, esteemed Scottish actor Sean Connery, and American model and actress Naya Rivera. As for television shows, the Israeli Public Broadcasting service, Kan 11, which inherited the ancient Channel 1 station, became the most-talked about channel in the country. The thriller-series “Tehran,” “Manayek,” about the Israel Police, and “The hour of the Neilah” about the Yom Kippur War were all top-ranked in Google searches. The leading reality T.V. show “Survivor,” “HaMerotz LaMillion,” an Israeli-copycat show of the popular “The Amazing Race” franchise, and “HaAh HaGadol 9,” an Israeli version of the show “Big Brother” took the top places in searches for this category too. Keshet television was featured in the top ten number of searches for its N12 mobile news app. Additional shows on the list were two Arabic series, “The Prince,” which was rated at seventh place, and starred Egyptian actor Mohamed Ramadan, who caused an uproar after being photographed with popular Israeli singer Omer Adam in Dubai, and the Turkish-band “Haybe,” which took tenth place. The top words searched were lyrics to hip hop singer Cardi B releases such as the infamous “WAP” song, and then for the song “Whole” by Israeli artist Idan Rafael Haviv, which took second place. Lyrics to Israeli singer Ishay Ribo’s song “My Heart” took third place.