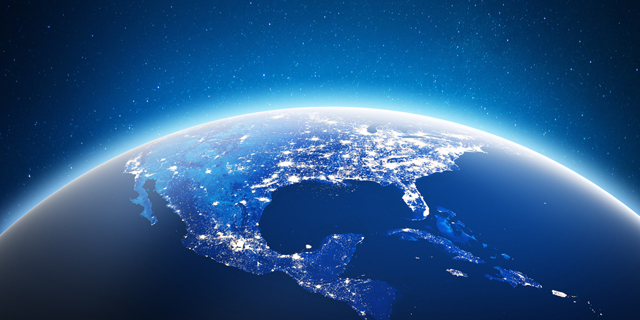 The new commercial space race has countries soaring into the unknown

Countries today aren’t competing over who will make it first to the Moon, but many are looking to mark new firsts of their own

While countries aren’t competing over who will make it first to the Moon or send astronauts to space as the days of the Space Race spurred by the Cold War are long over, things are changing with the expansion of space tech companies in the private sector. Suddenly a whole new world of possibilities is opening up, including the option of sending private astronauts, first lunar landers, establishing potential lunar bases, and more. And that’s only getting started. Last week Israel announced plans for its second lunar attempt, coined Beresheet 2, which will head to the Moon in 2024 and be launched from Cape Canaveral, Florida. The spacecraft will be composed of three parts, an orbiter and two lunar landers which will descend on different parts of the Moon. One will remain on the Moon and will feature an ongoing interactive program for Israeli schoolchildren, while routinely collecting data and conducting scientific experiments, while the orbiter will stay in space circling the Moon for years to come, conducting experiments and collecting data.

The week before, China sent a lunar probe to the Moon’s surface - something it had gone about in mid-2018 that left U.S. space authorities officials fuming. China’s Chang’e-5 lunar craft docked into lunar orbit, and transferred several samples of Moon rocks to its probe, which is set to return to Earth, landing somewhere in Mongolia in mid-December. It collected 2 kg of lunar rocks, which will be returned to Earth, something that hasn’t been done by the U.S. or any other power since the 1970s. The last man to walk on the Moon, NASA astronaut Eugene Cernan, did so in 1972 after former-Congressman Harrison Schmidt (R-NM), a geologist was the last to gather rocks from the surface. Now, China has in store plans for Chang'e 6, a backup mission for this year's launch planned for 2023, and Chang'e 7 which aims to land on the south pole of the Moon and observe the area while in orbit in 2024. So what exactly is prompting this renewed space race? Several factors must be taken into account. No longer do three countries hold the cards when it comes to space exploration. Russia, China, and the U.S. are no longer the only countries capable of establishing government-run space agencies, this past year alone has seen India, Israel, and others launch their own unique space missions. A concerning aspect of the new race is that China is in a sort of new cold war with the U.S. over a variety of economic and diplomatic issues, with the coronavirus (Covid-19) pandemic only exacerbating any animosity between Chinese President Xi Jinping and his U.S. counterpart Donald Trump. China also has plans to establish a Chinese Moon base, even though there is a mutual agreement between all countries that space is an “unterritorialized, uncolonized area,” as written out in the Outer Space Treaty, which all countries pledge to abide by. The U.S. Space Force was established in part to counter any type of unforeseen proclamation of Chinese sovereignty on the Moon. 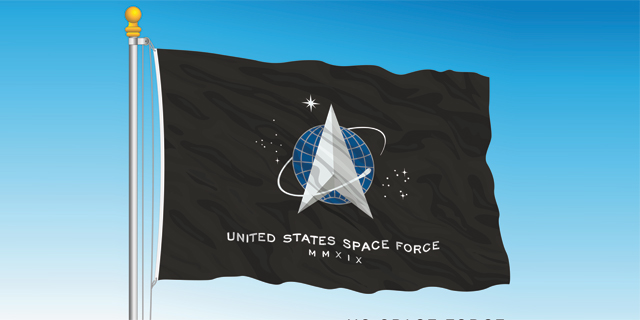 The U.S. Space Force was established in part to combat Chinese aggressions in space. Photo: Shutterstock

Many countries are looking to mark their own firsts, and the sky isn’t the limit. With the expansion of the private sector, more possibilities exist than ever before and the entire enterprise has become a zero-sum game. In other words, if you snooze, you lose. Space colonization is a hotly contested issue, and though the days of colonization by the West are long gone, some countries are looking to establish their own form of sovereignty in space. India recently launched a lunar craft that ultimately failed to reach the Moon, but still proved an impressive feat for the Asian country. Its Chandrayaan-2 failed to touch down on the lunar surface, aiming for the south pole. Engineers lost contact with their lander. Their Chandrayaan-1 mission was successful, although it didn’t land, and remains in lunar orbit. Japan sent Hayabusa-2 into space, a small spacecraft that aims to carry samples from distant asteroid, 162173 Ryugu, some 15 million km (9 million miles) from Earth, landed on it, and retrieved samples which it returned on Dec. 6. Japanese researchers are looking to understand how the Solar System was formed by analyzing the samples and finding possible water traces, signs of organic matter, or other clues about the origins of life on Earth. Japan also has the Lunar Polar Exploration Mission in store for 2024 which features a robotic lander, and has partnered with the European Space Agency on part of the mission. During the course of the mission, a robotic rover will scour the terrain in preparation for the arrival of future astronauts, and transport lunar samples back to Earth. The UAE recently launched its first spacecraft to Mars, termed the Hope. orbiter The Islamic country also has plans to send the first lunar spacecraft by a Muslim country, Rashid, in 2024. Israel, despite its size, is definitely coming up to speed - and occasionally surpassing other countries’ abilities - impressing many with its technical prowess and eagerness to reach for the stars. Beresheet, the first lunar craft sent by a private endeavor, and the smallest and cheapest spacecraft ever, was no simple feat. The blue-and-white state’s next plan is to send Beresheet 2 in 2024. “We’ve realized how much more we have yet to learn, and not only about spiral-armed galaxies and far-off planets, but even about our own small planet, which we must protect,” Israeli President Reuven Rivlin said in the announcement ceremony where the mission’s design plans were revealed and signed at the President's Residence in Jerusalem. The announcement of Israel’s second spacecraft and its next astronaut, has encouraged the Israeli space tech sector to boom as well. Israel Science and Technology Minister Yizhar Shai said, “We’ve generated the Apollo effect, and encouraged many Israeli entrepreneurs, scientists, and children to go to space.” So perhaps, all this will generate the next space race over the following decade. Shai added that when Israelis aim for the stars, the skies aren’t the limit, and he hopes to see future Israeli endeavors in space and beyond. “When we go into the unknown, many good things transpire,” he said.