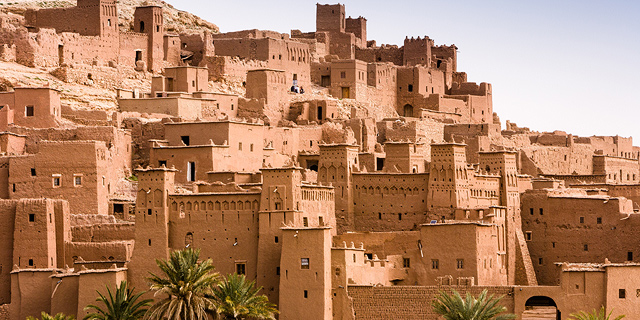 Morocco is thirsty for Israeli investments

Normalization of ties between Morocco and Israel are the result of U.S. recognition of Moroccan sovereignty over Western Sahara; but Morocco also hopes economic ties with Israel will help relieve its deep recession

The normalization of ties between Israel and Morocco - which was announced last week - was due in part to U.S. recognition of Moroccan sovereignty over Western Sahara, but it can’t be ignored that the treaty came on the heels of an economic recession experienced by the North African kingdom. The recession, which is the deepest the country has known for two decades, is a combination of the ills the Moroccan economy has seen this year as well the coronavirus (Covid-19) crisis, drought, government corruption, dwindling natural resources, and fleeing capital. Rabat’s hope is that the treaty with Israel and improved relations with the U.S. can translate into economic dividends that can save the Morrocan economy from its current predicament. Out of all the Muslim countries that Israel has signed treaties with, the normalization treaty with Morroco is the most natural yet. For decades, Israel and Morocco have had warm relations under the surface. Some 50,000 Israeli tourists visited Morocco in 2019, and trade between the two countries totals tens of millions of dollars. A dominant agricultural market The agricultural sector in Morocco is a dominant part of the economy. It employs 34% of the workforce and contributes to 11.4% of the GDP (according to 2019 World Bank statistics). The main produce that is grown in the country includes barley, wheat, citrus fruits, grapes, vegetables, olives, and poultry. The activity in the agricultural sector affects the general growth factors of the market, and over the past few years, the government has streamed investments into this sector. Over the decade between 2008-2018, investments in the sector reached $15 billion, where 40% of the investments were public, while 60% were private investments. Morocco doesn’t enjoy many natural resources, aside from phosphates, and is forced to rely on large energy inputs, something that the public pays large sums for. Last year, Morocco’s energy input imports came out to $8 billion, and it is considered to be the largest energy importer in North Africa. The manufacturing sector contributes to over 25% of the GDP, and employs 22% of the workforce. The main areas are in textiles, leather products, food processing, oil refinery, and the assembly of electronic devices. 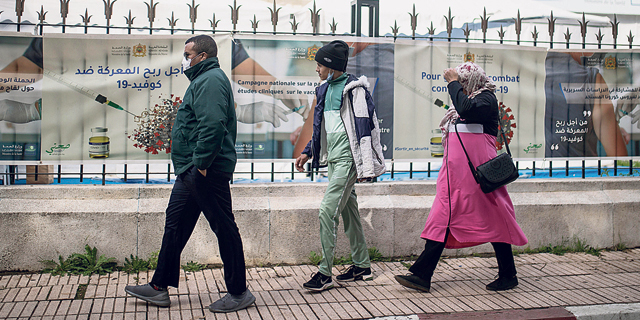 The Moroccan economy is suffering from a deep recession. Photo: AP

Over the past few years, there has been an expansion of other industries such as chemicals, automotive parts, computers, electronics, and the aerospace industry. The expansion of activity in these sectors could shrink the dependency on the agricultural sector over the next few years.

The service sector in Morocco is responsible for half of the GDP, and employs 44% of the workforce. Real estate and tourism are at the top of the list, with the latter showing impressive growth of 5.2% over 2019, and saw close to 13 million tourists visit the country. Looking back over the past few years, the Moroccan economy prior to the pandemic enjoyed macroeconomic stability, while maintaining low inflation rates (during the past decade inflation hasn’t risen above 2%). After that, during the past few years, there has been a gradual slow down in growth rates, and last year it came to 2.2.%, compared to 3% in 2018. According to the World Bank, the slowdown is mainly due to difficulties in the agricultural sector caused by drought. Industries outside this sector, such as phosphates, chemicals, and textiles are marking impressive growth (3.4% in 2019), something that gives hope that efforts to diversify the economy are beginning to bear fruit. Today, the expansion of additional sectors isn’t at the same rate and Morocco’s trade deficit has grown over the past few years. During 2019, the country’s trade deficit stood at 1.5% and was valued at $22 billion. The second coronavirus wave Morocco is now experiencing a significant second wave of the coronavirus (Covid-19) with at least 2,500 new positive cases every day since the beginning of November. Until then it had registered nearly 400,000 cases, of which 6,500 people died. The spread of the pandemic has had destructive effects on the economy. The lockdowns and shutdown of international travel ruined the airline industry and significantly reduced the transfer of funds by Moroccan workers in other countries, which is an important source of foreign currency to the kingdom’s economy. During the first nine months of 2020, Morocco’s revenues from tourism dropped 60% to $4 billion, while foreign direct investments sunk by 30% compared to $1.2 billion during the same period. On a more optimistic note, the coronavirus has had some positive economic effects as well. For example, the value of the country’s energy imports dropped over the first nine months of 2020 some 35% to $4 billion, due to the collapse of global oil prices. International bodies estimate that next year the Moroccan economy will register negative growth, of around 7%. The level of unemployment has reached new highs that Morocco hasn’t recorded since the beginning of the millennium, close to 13%. According to estimates, 20% of the population lives under the poverty line. Poverty is felt most strongly in villages compared to urban regions. In Morocco, many are hopeful for the Covid-19 vaccine campaign that the kingdom is expected to start rolling out during the next few weeks. However, even the most optimistic at the Central Bank of Morocco predict that it will take the local economy at least two years to return to its activity prior to the outbreak. The government deficit is expected to expand this year to 7.8% of the GDP in comparison to 4.1% last year, and the Central Bank in Rabat estimates that government debt is expected to rise to be 76.1% of the GDP by the end of 2020, compared to 65% in 2019. What are opportunities for Israeli companies? Trade and financial relations between Israel and Morroco have been going on for years, even after the royal palace ordered its representative offices in Tel Aviv closed during the wave of terrorist attacks at the beginning of the Second Intifada some 20 years ago. Trade between the two countries stood at $35 million last year. In addition, tens of thousands of Israeli tourists visit the kingdom every year. The open relations are expected to boost the economic cooperation between both sides even more. On the commercial level, Morocco is one of the world’s largest exporters of phosphates and wheat. Additional export sectors are clothing and textiles, electric parts, inorganic chemicals, raw minerals, fertilizers, citrus fruits, vegetables, fish, and wine. The main imports are oil, gas, textile fabrics, telecommunications equipment, plastic, motor vehicles, and computer systems (both software and hardware). With a market of $120 billion and an annual import of $50 billion, it’s safe to say that Israeli companies in a variety of sectors can find many opportunities for trade, even if the competition isn’t easy. Equally important is the expected cooperation in the field of joint ventures. Morocco is desperate for foreign investments, as part of its aim to diversify its economic sources of revenue and create additional jobs. The Moroccan Kingdom has revised investment laws over the past few years, and improved its business environment. Morocco is rated as third in African countries in the World Bank’s “Ease of Conducting Business” index that was published last year. Israeli companies will find that many international companies have turned to Morocco as a platform to penetrate additional markets in Africa, with a focus on Western and Central Africa. Energy and infrastructure are two leading fields for new businesses in Morocco. The fact that Morocco is struggling under pressure to import energy inputs has increased its efforts to encourage energy creation from other sources in line with its government aim to reach 40% dependency on renewable energies. Israeli technologies in the arena can find significant opportunities in the market. Additional opportunities that the Moroccan market offers to Israeli companies are in the fields of agriculture and water, security and defense, finance (such as cooperation with the Casablanca Stock Exchange), education, and health. Doron Peskin is an analyst of Middle Eastern economies and the head of Concord MENA, a company specializing in public sentiment analysis of Arab countries.