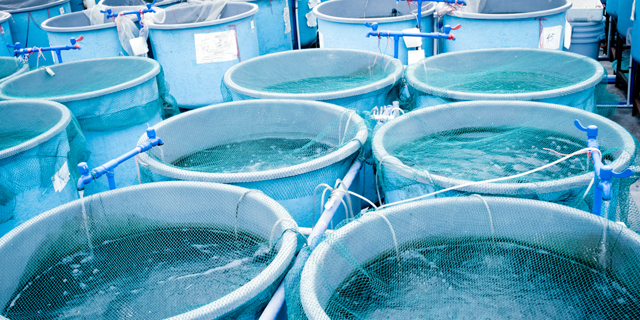 With the ongoing global decrease of land available for agricultural production, food security has become an increasingly important topic—and the governments of the United States and Israel have long been aware of the challenges at hand. For 40 years, the two countries have been collaborating to address these through BARD, the US-Israel Binational Agricultural Research and Development fund that supports US and Israeli researchers conducting joint applicable research. The fund supports innovative agricultural research projects carried out by top scientists from both countries on a wide range of topics relating to food security. Over the years, BARD has received over 5,000 research proposals, funding the top 25% promising the most cutting-edge scientific advances and practical solutions. The research fields BARD supports include genetic research in plants and animals, animal health, quality and safety of agricultural produce, plant protection and pest management, soil and water sciences, and agricultural engineering. Since its foundation, BARD has invested more than $300 million (which is estimated as $1 billion in 2019 dollars terms) in 1,330 research projects that have generated more than $16.5 billion for the economies of the US, Israel, and the global economy. Every dollar invested has returned at least $16.5, making BARD an impressively high-impact fund. Its impact goes far beyond strictly agricultural and economic benefit, with science supported by BARD delivering social and environmental benefits worth billions more in human growth and health. Prof. Yoram Kapulnik, BARD's Executive Director, explains the importance of the fund’s activities and joint research initiatives that drive exceptional agricultural research, yield significant scientific and financial gains to both countries, and deliver benefit to the entire world.

How does BARD choose which projects to support?

“BARD’s selection process is driven by twin considerations: scientific excellence, and the potential for producing applicable agricultural solutions relevant to both countries. The submitted research proposals are reviewed by world experts in the field of each proposal, and then weighed by independent US and Israeli scientific discipline panels. There are eight such panels, one for every one of BARD’s priority areas, and they consist of leading scientific experts in each field. After receiving the expert opinions for each proposal, panel members weigh the proposals in terms of scientific excellence, innovation, feasibility, and potential contribution to improving agriculture in both countries. It’s a strong and independent form of cooperation, in which each side brings to the panel their advantages and expertise.

Each country decides where its priorities lie, in keeping with its particular agricultural needs. In the final stage of the selection process, a joint advisory committee comprised equally of US and Israeli members reviews the subject panels’ ranking of submissions, and the proposals topping the lists of both countries are the ones most likely to receive funding. While each country has its own priorities and cultural differences, at the end of the day, the challenges are comparable, such as similar pests attacking corn crops, and similar irrigation requirements. Everyone would welcome naturally resistant strawberries or tomatoes that can stay fresh on the shelf for a few days longer while maintaining their nutritional quality. Or take climate and water issues, for example. California and Israel are on a similar geographic latitude; when California experiences a drought, a similar effect is felt in Israel, albeit on a different scale. There are many areas in common.” 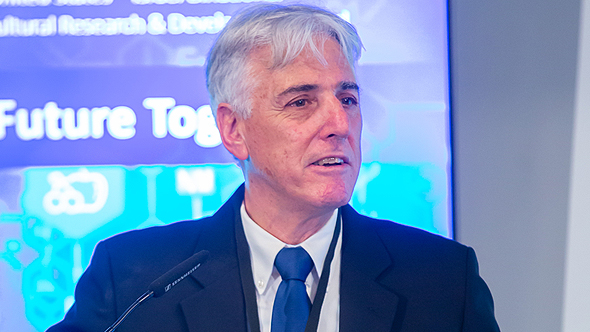 How is BARD unique? How is it different from other funds?

“BARD occupies a unique space in the competitive grants environment. It is the largest bi-national fund that supports early-stage basic and applied agricultural research conducted jointly by US and Israeli scientists. This is key, as BARD’s mission is ultimately fostering not only collaborative scientific excellence but applicable research that will provide the knowledge for new agricultural developments, technologies and practices that contribute to production and export in both countries. Over the years, the fund has found itself in a shifting reality, and has created additional funding paths alongside research grants. For example, every year BARD grants postdoctoral fellowships for young PhD graduates to conduct research in the other country. BARD also funds expert workshops on a variety of hot topics and hosts discussions about current challenges to food security, providing an important platform for Israeli, American and international experts to share ideas about vital and timely issues. We don’t limit ourselves to funding any one specific topic within agricultural research, our wide range of activities serve as a platform for the entire agricultural research community.” Kapulnik was appointed Executive Director three years ago but has long been familiar with the fund’s activities and its research needs. As a young scientist, he himself had received a postdoctoral scholarship from BARD, and upon returning from the US was awarded additional research grants from the fund. “BARD has fostered my professional path and indeed has done so for many others who conduct applied agricultural research. The fund is a diverse, up to date, and reliable mechanism for supporting US and Israeli scientists, and has the track record to prove it”.

BARD has been around for 40 years. Does it address current trends in agricultural R&D?

“Even though we try to remain innovative and up to date, BARD introduces innovative methods in topics that aren’t always considered fashionable and doesn’t always invest in those that are. For example, BARD doesn’t support cannabis research, since it can’t be studied on a federal level in the US. Although we don’t oppose it, and Israeli agriculture is embracing it, cannabis research can raise support from other sources. Conversely, we often support research projects in areas considered less trendy but are vitally important, such as genetic research in plants and animals.

For example, BARD-funded research has contributed tremendously to dairy farms in the US and Israel, building collaborative knowledge by combining the data available on dairy herds in both countries. This pooling of knowledge and expertise, coupled with innovative technologies, resulted in a 25% increase in milk yield on dairy farms in both countries over the past 25 years. There is no doubt that joint research saves precious time and achieves outstanding results that would not have been possible with scientists working separately. Regarding food security, this is an issue Israel must address continuously, even more than the US, because its particular environmental conditions are different and pose additional challenges. If California suffers a drought, to use that example again, alternative resources may be found across the US to offset the problem, but in Israel this is often not the case. Another priority is post-harvest research. In this area, researchers are looking for smart ways of storing agricultural produce and extending shelf life. Still, food security is not only about availability on the shelf, but also about produce being widely affordable and accessible to all. This means that we must solve pest problems, introduce alternatives to pesticides, and develop new feeding and irrigation methods. With that in mind, BARD is expanding its Food and Nutrition program, designed to increase productivity but more importantly, to retain nutritional value of stored produce. If an apple is stored for months, will it still retain its nutritional benefits? We want to focus on what’s important nutrition-wise for feeding the next generations in Israel and the US.”

Can you provide an example of research that moved from the lab to the real world, and had a genuine impact on food security?

“Nutrition is now a hot topic in the US and elsewhere. For years now, it has been recommended to incorporate fish into ours diets as a source of healthy protein. However, there’s been an ongoing global decline in open sea fish yields, driving the need to develop an industrialized fish industry that is independent of oceans. Researchers in Israel and the U.S. have led a worldwide revolution in aquaculture and succeeded in domesticating many fish species previously found only in open waters, like bass and sea bream. Researchers studied the life cycles of these fish and found solutions for raising them in a carefully planned agricultural setting, without having to rely upon their unpredictable availability in nature. This technique for domesticating fish species has added $12 billion to both countries’ economies, and to the entire world. Besides the economic value, the true impact has been increasing the global availability of protein and supporting global nutrition and health.”

What is next for the future of food security?

“Recently, we hosted the U.S. Department of Agriculture Deputy Under-Secretary of Research, Education, and Economics, Dr. Scott Hutchins, for a virtual session marking BARD's 40th anniversary. Dr. Hutchins noted that food security has become one of the most significant concerns for U.S. citizens, and emphasized the need for measures to secure a continuous food chain. Israel’s Minister of Agriculture and Rural Development, Mr. Alon Schuster, who also spoke at this event, cautioned that the ongoing overconsumption of natural resources, together with further projected climate changes and global warming challenges, require us to constantly adapt species and seek solutions previously unimaginable.

One very innovative example is vertical agriculture, a growing system that doesn’t depend on natural resources such as land and water. Leafy green vegetables are grown in closed indoor spaces and are adapted to a controlled environment. One of the key problems with this method is that it currently enables reproducing only strains of edible leaf, such as salad greens and various types of lettuce. In order to grow fruit, plants need much more energy, which requires large amounts of light (quality and intensity) and regulated conditions that increase the cost of production and therefore produce considerably. In the future, we will most likely overcome these technological difficulties and produce will become much cheaper to grow. But food security extends beyond what is considered traditional agriculture. The food industry has found ways to diversify the dependence on land-based agriculture for nutrition and utilize the oceans as a resource to obtain protein, minerals, and vitamins (while causing minimal ecological damage). Food production is also looking to alternative protein sources such as insects. Another related issue is chemical additives, food coloring, and preservatives, which can and should be replaced with viable, sustainable alternatives. Undoubtedly, research in this field will motivate the food industry to use natural alternatives. This has bearing on public health issues. Take for example today’s eating habits-- many children accustomed to eating while watching their screens, and experts have marked distracted eating as a cause of childhood obesity in the US. Educating children’s palates from a young age to food that doesn’t come out of a noisy package is a first-rate food security and public health challenge. The research community and the industry are well aware of this challenge and have marked these as important future goals”. Over the years, BARD’s investment in collaborative agricultural research has yielded impressive economic returns, with the fruits of supported research becoming worldwide success stories impacting nutrition, industry, the environment, health and many more fields globally. In some cases, BARD stepped in to support important topics neglected by public institutions, showing tremendous foresight and vision. “A single dollar-investment in R&D by BARD returns more than $16 for both countries. When you factor in not only the contribution of our funding to different projects but how this continues to support the next generation of young scientists in academia and the industry in both countries going forward, BARD’s impact is far greater”. Kapulnik emphasizes that the contribution isn’t limited to only the US and Israel and extends to the overall agricultural industry in different fields and to other countries around the world. “This is a consistent long-term cooperation between Israel and the US that doesn’t depend on the everchanging political situation in each country and seeks a better future for everyone”.