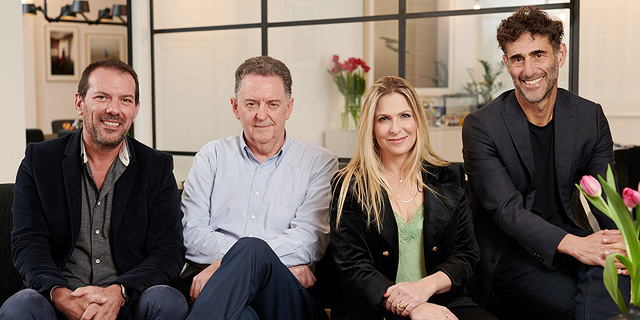 Qumra is the first growth fund set up in Israel and has invested in 15 Israeli companies to date, including Fiverr and JFrog, who both completed an IPO in the U.S.

Israeli growth investor Qumra Capital announced on Wednesday that it has closed its third fund at $260 million, three years after its second fund of $150 million. The current fund will include Qumra's long-standing investors who will be joined by new leading financial institutions, and a group of entrepreneurs and CEOs from the Israeli tech industry. The new fund brings the total assets under management at Qumra to $600 million.

Qumra was founded in 2014 and is led by Boaz Dinte, Erez Shachar, Sivan Shamri Dahan, and Daniel Slutzky. Qumra is the first growth fund set up in Israel and has invested in 15 Israeli companies to date, including Fiverr and JFrog, who both completed an IPO in the U.S., as well as Riskified, AppsFlyer, JoyTunes, IntSights, Minute Media, Guardicore, Talkspace and more.

"We were planning to start raising money in April and then the world went crazy," Qumra Capital Managing Partner, Erez Shachar, told Calcalist. "At the peak of the Covid-19 pandemic in March we told ourselves that it makes no sense to start raising a fund. We spoke with our main investors and told them that even though we think it makes sense to have a new fund in the market right now, we aren't sure that we can raise it. They really encouraged us and gave us the feeling that they would be happy to invest, and that is what pushed us to start raising for the fund in May.

"The entire process was done over Zoom and we didn't meet any of the new investors. It was a weird process and it is surprising that people were willing to take on such a commitment. Investing in a fund is putting your trust in people because you aren't actually investing in something you see. We used to believe that in order to raise a fund you need many face-to-face meetings, but the world must have changed because this was actually the easiest and quickest fund we ever raised. It was much more efficient than raising funds during different times in which we spent most of our time on planes."

Did Covid-19 and the subsequent crisis cause you to make any change to your investment strategy?

"Our strategy hasn't changed. The local market is what has changed. When we started with the first Qumra fund we were the first fund in Israel that invested in growth companies and at the beginning people looked at us a little strangely because there weren’t too many growth companies in the country at the time. We had to convince investors that there was a market here. Today there is no longer any doubt. The market has also become more competitive with more investors, which weren't around previously or didn't invest at these stages have since joined.

"We invest in companies with sales of over $10 million a year. The most important thing with entrepreneurs is that they have the ambition and capabilities to go all the way and build an independent company. Even though the market has become a lot more competitive our status has strengthened because our portfolio includes some companies that have already reached where we hoped they would and others that are on the way. When you have this kind of portfolio, which creates success stories, it is easier to reach new companies. We focus on taking Israeli companies from $10 million in sales to $100 million. We know these stages well. Half of our companies have been through this stage, which is very challenging, especially for an Israeli company - you go from having the company’s center of activity in Israel to building a global organization."

You mentioned the entry of new investors, some of them international, into growth investments in Israeli companies. Does this basically mean that an Israeli fund can no longer lead late-stage investments?

"We are always leading rounds. We usually enter at C rounds, which are usually between $20 million and $60 million and with the company already having sales of over $10 million, and we confidently lead those rounds. We write checks for $20-25 million in these rounds and usually do them with existing investors. Once every so often we co-lead with other funds. We have no ambition to lead subsequent rounds in which the leading funds write out $100 million checks.

"What has changed is not that there is more money involved but that rounds that were once public have now become private and companies are remaining private longer. We see the entry of giant funds as a very important development to the ecosystem that is being built here, allowing us to provide companies several more years to build before going public. Our companies that have gone public (Fiverr and JFrog) are companies that would have done an IPO at a tenth of the value in the past and build themselves on their own afterwards.”

The two exits in your portfolio weren’t sales but IPOs, is that a direction in which you point your entrepreneurs?

“Because we invest in entrepreneurs who by definition want to build big and independent companies, this route is very natural. Obviously some of them will also be sold, but that too will also be at a far more mature stage than in the past. A large portion of them will go public and continue to be independent. It is no coincidence that our first two investments are today public companies and we have a very significant pipeline of companies that we believe will go on to become public.”

Some of your companies, like Taboola, have been around for a relatively long time, are you doing secondary deals at a certain stage?

How has the current period affected Israeli tech?

“This is the best period we have had as far as magnitude, and most of the success stories of this period have been a result of the ability to scale the company. Before Qumra, we were all in the business of early investments and one of the biggest criticisms directed at the Israeli market was that Israeli entrepreneurs sell early to the first strategic investor that knocks on their door. We believed that Israeil entrepreneurs have the capabilities to build a company just as well the ones in Silicon Valley, but that they don’t have the ecosystem that enables it.

“Entrepreneurs understood that selling is the only option they have because it was very difficult to fund these types of companies and most of the growth money in the market went to U.S. companies. We believed that as soon as the right ecosystem would be built we would see many companies taking this course and that is what happened. We are witnessing the realization of our vision at the start - the market was very hungry to see the ecosystem get built and once that happened all the glass ceilings were shattered. This is the biggest revolution that has happened here.”

The big money that you are talking about is now coming at much earlier stages, we just saw Assaf Rappaport’s Wiz raise a $100 million round A.

“I think this is due to the confidence we now see in the market, both the confidence investors have in Israeli entrepreneurs and the confidence Israeli entrepreneurs have in themselves. It begins in older companies and trickles down to early stage companies. Obviously when you invest $100 million in round A the expectation is that a massive company will be built, and that is something that wouldn’t have happened several years ago. Even so, there won’t be many entrepreneurs like Assaf that will raise money before they started selling and I don’t think there are many of those in the Valley either. We will continue to see early investments in superstars as well as the more conventional route of entrepreneurs who raise money in stages, and both will lead to building big companies.”