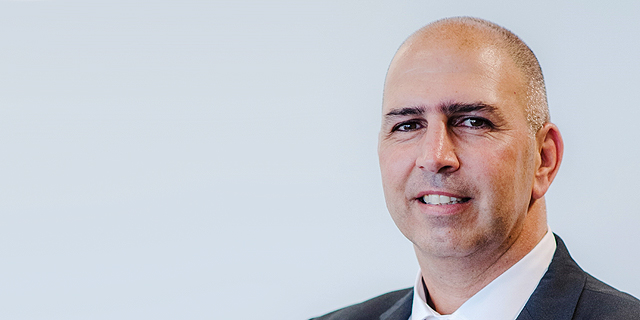 Taking Israeli Chutzpah to the Moon: Its next lunar mission aims to land not one, but two vessels

“Failure isn’t an option,” says Shlomi Sudri, General-Manager of the Space Division at Israel Aerospace Industries about plans for Israel’s next lunar mission and how this time will be completely different

Israel Aerospace Industries (IAI) has been active in the space arena for the last three or four decades. It launched its space program in the late 1980s, blasting off its first satellite in 1988, to help track the southern border and monitor the Sinai Peninsula for security threats.

In addition to producing various types of satellites, last year, together with SpaceIL and the Israeli Ministry of Science and Technology, it launched Beresheet, a Moon lander that unceremoniously crashed moments before reaching its target. In an exclusive interview, General-Manager of the Space Division at IAI Shlomi Sudri spoke to CTech about the company’s unveiling of its particularly ambitious plans for Israel’s next spacecraft, Beresheet 2, which is set to launch in 2024.

“Israel is one of a few countries in the world that possesses space capabilities and can launch, develop, and build satellites. We do all of this at IAI,” Sudri said, noting that the Jewish state is a “one-stop-shop,” for many international customers. The company yields $4 billion in sales a year from exports, with 75% of its products sold and purchased overseas to over 90 countries, while 25% of its products are purchased and used domestically.

IAI is currently a government-owned company but has recently received approval to issue minority shares on the Tel Aviv Stock Exchange, a move planned for the first quarter of 2021.

It is a leader in satellite and defense technology, with many of its programs shrouded in mystery. The last satellite it launched was six months ago - the Ofek 16 - an electro-optical reconnaissance observation satellite that was delivered to operational service in the Israeli military three months ago.

“During the last three decades, we’ve enhanced our satellite capabilities, implemented lessons we’ve learned, as well as new technology and payloads, in order to make our satellites better and fit new requirements. We’re interested in launching new satellites and joining the NewSpace trend,” he noted, referring to space technologies becoming more compact and cheaper to produce.

“If a customer wants a satellite, we develop, build, integrate, and launch it with our own capabilities. We also provide lifetime service for satellites, such as downloading data, from our ground station,” he said. “Very few countries have capabilities to conduct the full cycle of launching and maintaining satellites on Earth and in space.”

The launch of the Ofek-16 satellite. Photo: Israel Ministry of Defense

Israel’s previous lunar attempt, Beresheet, traveled some 400,000 km (250,000 miles) to reach the Moon. In order to reduce the exorbitant costs of fuel, the spacecraft utilized solar panels, and a more cost-effective flight plan.

However, during the final stage of landing, it descended faster than expected. Support teams lost connection and control of the craft, and it crashed on the Moon, leaving behind a crater and scattering debris on its surface.

After Beresheet, other countries such as India and China launched lunar spacecrafts of their own. China’s Chang’e-5 craft recently collected lunar rocks, and successfully returned to Earth after a malfunction on Dec. 16, landing in Inner Mongolia. Support teams there also lost connectivity with the craft at one point, something that is, unfortunately, a routine occurrence when sending objects into space, as communications issues are abundant.

However, Israel’s second attempt to the Moon will be completely different from its first, and from any mission ever conducted before. 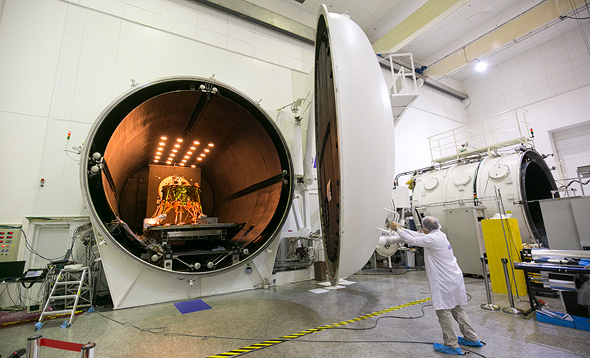 Where did the idea of Beresheet 2 come from? “We sat down with a group of experts at IAI and SpaceIL, and analyzed all of the lessons that we learned from our first campaign. Over the past half a year, we tried to think how we could do it all again, how to go back to the Moon and do it successfully. We wanted to make it more fascinating, and increase the likelihood of success,” he said. “Then we came up with an innovative concept: instead of launching one spacecraft, we’d launch one craft with two Moon landers attached to it.” “It’s basically three spacecraft: there is the ‘mother’ spacecraft which is responsible for the journey to the Moon. When it arrives at the Moon, we’ll land one lander on one side, and one on another side to increase the probability of success. The mother spacecraft will keep orbiting the Moon just like IAI’s satellites’ orbit the Earth, but this time for two years,” he explained. The mission will be particularly arduous and complex, and its long duration will allow the commanding ground station on Earth to conduct many scientific experiments with students, as well as innovative educational outreach programs for children, he added.

That sounds like a pretty difficult endeavor. How did you arrive at this decision?

“Difficult is not a word we use; this is a challenge for us,” he quipped.

“On one hand, we wanted the mission to be more reliable than the previous one, and also more fascinating, so we sat down with a team of engineers and several proposals. We realized that increasing our landing opportunities was a very good approach, and would enable partnership with other countries for the components of the spacecraft.”

“This will be a far more challenging mission, for a longer period of time,” he stated.

Does the sudden announcement of this mission, so soon after Beresheet’s crash-landing in 2019, have anything to do with the sudden expansion of the space tech field?

“I wouldn’t say they’re directly linked, but they are definitely related. It’s part of the growing trend of the expanding space industry in Israel. We’ve collaborated with a lot of subcontractors for components of the space program, and as you can imagine, space programs are a leading tech driver in markets. When we develop something that goes to the Moon – it’s high-end technology, and it enhances the ability of subcontractors and boosts the Israeli space industry.”

Does the recent decision to send Beresheet 2, have anything to do with new countries, such as India and the UAE launching or making plans for their own space landers? Is this part of a competition, a “space race,” if you will, or is it a message that Israel, as the StartUp Nation, can do anything?

“Well, it’s not a question of competition,” he said. “There’s a trend now of going back to the Moon, there’s a lot of excitement around this topic,” he said, noting NASA’s upcoming Artemis mission, where it will send two astronauts — a woman and a man — to the Moon, something that hasn’t been done since the 1970s. “We want to reach the Moon again, and maybe develop our own approach to do so that will create a new business arena and boost education and companies in the field,” he said, adding that the mission doesn’t simply have educational and scientific goals, but will have economic ramifications as well.

A diagram explaining how Beresheet 2 will look, including a 'mother' spacecraft and two lunar landers. Photo: SpaceIL

What will the Beresheet 2 mission entail?

“We’re talking about a lunar orbiter, a mother spacecraft that will weigh more than half a ton. Each Moon lander that will attach to the orbiter will weigh 100 kg (220 pounds).”

The project is very similar to Beresheet, he said, and its flight path will be similar as well as its energy source. Beresheet 2 will use solar panels to generate energy from the Sun.

“There are two ways to reach the Moon,” he clarified. “We could either do what most countries with large space agencies have done, get a very big rocket launcher, something that is extremely expensive and needs a lot of fuel, or we can use the laws of physics to enter low orbit, something that will enhance the spacecraft’s speed and increase the orbit’s diameter; the Moon’s gravity will then ‘catch’ the spacecraft,” he explained.

In other words, in physics, when a craft circles around an object it can slowly increase the diameter of its orbit and use less energy since it only requires the craft to accelerate in small increments of energy. During Beresheet’s flight path, the craft began traveling at low-Earth orbit and gradually increased its orbit’s diameter, until it reached the Moon’s orbit, slowed down, and then was “caught” by lunar gravity.

After that Beresheet 2’s speed will increase, and it will bring the craft closer to the Moon. Its journey will take several weeks, similar to the first attempt.

“The ground station will communicate with the orbiter, and command the entire mission, download photos of the Moon and data for engineers and researchers,” said Sudri. It will also be responsible for communicating simultaneously with all three spacecraft – the mother craft and the two lunar landers and make sure they are all functioning correctly.

IAI will function as the prime systems engineer and lead the engineering, development, and assembly of the spacecraft.

Sudri added that IAI will also be responsible for conducting simulations of the craft on Earth before it embarks for space that will simulate radical space environmental conditions, such as hazardous radiation, space weather, vibrations, and extreme thermal conditions.

“We take into account all the phenomena that can occur in space and test the craft in those conditions on the ground, in a simulated environment, to ensure that the craft will work as expected once in space,” he said.

While IAI is leading the launching campaign, controlling the mission in space and its Moon landing, the Science Ministry is responsible for international cooperation and SpaceIL is leading the scientific and educational aspects.

How does IAI plan to get funding for this ambitious mission?

Funding will come from private donors and from collaborations with other subcontractors from other countries, he said.

“The first step before we get donors to contribute money to our project is to offer a proof of concept. We wanted to explain the concept, and drive people to donate toward this mission, which is why we aren’t simply doing the same thing again,” he explained.

“It’s unique and completely unlike any other mission out there because we have two Moon landers.”

SpaceIL and the Ministry of Science and Technology will strive to get international cooperation for the construction of the Moon landers, something that will help with the funding.

What is the message of Beresheet 2?

“Failure isn’t an option,” he remarked, “we can do it again, and more importantly we have the courage and possess the technology to do it again. Even if you don’t succeed the first time, don’t give up,” he said.

“Our second mission is inspiring youth and young people to pursue space and STEM-related courses of study and fields. Lastly, we hope to promote international cooperation on our mission, and show the world the high-end technology that Israel and IAI can develop.”

“Israel is amazing when it comes to space,” he said. “We are very excited to embark on this new journey to space, and make it more fascinating, and for the first time succeed in landing on the Moon twice in one go.”

Children won’t be the only ones who will be inspired, the entire Israeli scientific community, will be amazed, he added.

So, will this teach the world more about Israel’s success in the startup sector, since it's known as the “Startup Nation”?

“Yes, I think it will show that when something doesn’t work as planned, you can always look for different ways to solve a problem. It teaches you to think outside of the box in order to solve big problems. This can be seen in a lot of what we do; we have implemented this approach in all of our endeavors,” he said.

“It will teach the world that Israelis have ‘chutzpah,’” he chuckled, “we’ll get to the Moon.”